On Sept. 9, the Beverly Hills Police Department (BHPD) arrested four individuals in one vehicle who had in their possession more than $500,000 worth of stolen property, albeit intangible. The contraband took the form of 40 preloaded debit cards obtained by defrauding the state’s unemployment benefits system.

The BHPD has confiscated more than 100 of the fake cards and made more than 20 arrests in connection with a crime scheme that has come into focus across the state in recent weeks. The arrests stem from the improper use of Employment Development Department (EDD) cards that were issued fraudulently and used to withdraw large sums of cash from ATMs.

In California, the EDD allows individuals eligible for Unemployment Insurance, Disability Insurance and Paid Family Leave to receive payments via a Bank of America debit card. The card can be used as any other debit VISA to make purchases and withdraw cash.

In May, the EDD also launched a limited pilot offering Digital Cards to a subset of claimants. The department describes it as a “Visa prepaid debit card, similar to the physical card option we offer, except you will not receive a physical card in the mail.”

Both forms of the EDD cards have been targeted by unscrupulous individuals in Beverly Hills and elsewhere. On August 12, Los Angeles City Attorney Mike Feuer issued an alert warning against a new identity theft scam designed to fraudulently collect unemployment benefits. “The thieves use stolen Social Security numbers and other personal information to apply for and receive unemployment benefits (often via EDD cards) in their victims’ names,” said Feuer.

Thieves may buy already stolen identities online or steal them through email and text phishing attacks or by cold-calling victims claiming to be government officials or potential employers. Feuer added that the scam may be the latest to result from a fraud ring that uses stolen identities from prior data breaches, such as the 2017 Equifax breach.

“The typical method the suspects use is to go online apply for the benefits. Often times they are even out of state, but they apply in California as a resident because the benefits here are so lucrative. They use an address in California, maybe a friend’s or an Airbnb. It could even be a house that is for sale and vacant. They simply go by later to retrieve the mail. They apply fraudulently. They are not who they are. Sometimes they get the names off the internet or the dark web. Sometimes they can pay a homeless person to use their name and social security number. With a name, social security and date of birth, they are good to apply. They can have multiple cards delivered to one house. If they’re out of state, they fly to California, pick up the cards and start spending the money. They can even get up to $1,000 per day in cash at an ATM,” said Rivetti.

Recent media reports have indicated that people throughout the state have innocently received EDD debit cards not meant for them. In one case, a woman in the Inland Empire received over 100 pieces of mail from EDD, including numerous debit cards. In the meantime, needy individuals are waiting inordinate lengths of time to receive any benefits at all.

Not surprisingly, the EDD has come under criticism.

Last week, the California Legislature approved an emergency audit of the EDD, citing concerns over the backlog of claims and reports of fraud. In Beverly Hills, Rivetti is imploring business owners to remain vigilant. In a letter to the business community, he recommended that they follow certain precautions to stem the use of the illicit cards.

Ask for a physical card. Do not allow digital wallets or insertion into chip card readers. “The suspects committing the fraud will generally have multiple EDD cards in their possession with different names on each card,” said Rivetti.

Additionally, he urges businesses to accept only one card per customer with the customer’s name on it. And, always ask for identification.

Rodeo Drive Committee Vice President Kathy Gohari told the Courier that it was “definitely an eye opener” to learn from the Chief about the extent of fraud occurring within the EDD. “The Rodeo Drive Committee and merchants on the street are taking the utmost precautions to ensure that only valid cards are accepted. We are following the appropriate merchant guidelines and implementing the necessary measures to assist in ending this fraudulent activity,” said Gohari.

Rivetti adds that the malfeasance involving the EDD cards is a statewide trend confirmed with other state and federal law enforcement partners.

“What’s amazing is the cards go out sometimes with a balance of $20,000. They can put a fake date on it as to when they lost their job due to COVID-19. Some of them might say they lost the job back in March. When you include the extra money, the federal government was adding to the unemployment benefit, it can really add up,” he said.

“We are working closely with all agencies regarding the arrests we have made thus far in the City of Beverly Hills. There are millions of tax dollars being spent fraudulently as a result of this trend. The benefit to the people in need is being diverted to people with criminal intent. Taxpayers are seeing their money misused. We need to work closely with our business partners to mitigate these crimes within our City,” he added.

Rivetti urges businesses to contact BHPD at 310-550-4951 (non-emergency) or call “911” if they need immediate assistance with a subject who is refusing to cooperate. Additionally, he advises residents who receive an EDD card in the mail that they did not apply for, to contact the BHPD as well. 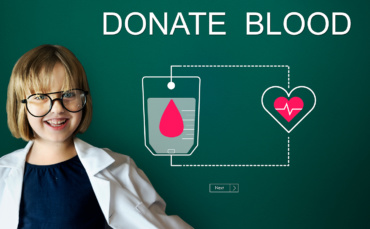