For the last 11 years, the City of Beverly Hills has participated in the Los Angeles Marathon, the 26.2 mile race that traverses L.A. and draws tens of thousands of participants. But in none of those 11 years was the City in the grips of a pandemic.

At the Oct. 28 Rodeo Drive Committee/Special Events City Council Liaison meeting, the committee considered a request for assistance for next year’s L.A. Marathon. The McCourt Foundation (TMF), the nonprofit in charge of the race, hopes to bring the route through Beverly Hills, with a new finish line in Century City. Representatives of the organization presented their plans to keep racers and observers safe, including potential vaccination requirements for participants.

“I think now, more than ever, we need this,” said City Councilmember Lili Bosse. “We’ve been focusing on health and I think that this is a wonderful opportunity to promote exactly who we are in terms of a healthy city.”

As a first, the 2021 L.A. Marathon will finish in Century City on Avenue of the Stars, as opposed to its traditional endpoint in Santa Monica. This represents a potential boon to Beverly Hills’ beleaguered hospitality industry. “There’s a unique opportunity now for hotels in Beverly Hills to be benefited largely as a result of that decision,” said TMF representative Howard Sunkin. “Runners historically like to stay at the finish line.”

If approved by the City Council, the race will follow the same route it has in previous years. Street closures would include portions of Doheny Drive, Burton Way, S. Santa Monica Boulevard, Rodeo Drive, and Wilshire Boulevard. As in years past, the closures would begin at 5 a.m. and end at 1 p.m. As a part of TMF’s collaboration with various City groups, including the Rodeo Drive Committee, it will promote the race’s route through Rodeo Drive.

With the finish line so much closer to Beverly Hills, Mayor Lester Friedman raised concerns over possible parking issues.

“I have not run the marathon; my wife has done it a couple of times, and we wind up in Santa Monica and parking is a challenge,” he said. “I think I walked maybe a mini-marathon just to get to the finish line to see her.”

“So I’m working with both LAZ parking and with Westfield Century City to designate parking lots, both for participants and for spectators,” said Stacy Embretson, Senior Director, Operations for TMF. “I’m also working very closely with L.A. DOT to determine driving routes to those lots.”

While Century City offers 5,000 parking spaces, Mayor Friedman floated the idea of using the Beverly Hills High School parking lot for “our residents who are participating and meeting their family at the conclusion of the race.”

Given the uncertainty surrounding COVID-19, TMF has requested the City approve both an intended day and a contingency day for the race—March 21 and May 23, respectively. But in the committee hearing, TMF CEO Murphy Reinschreiber admitted that the March 21 date was too optimistic. “March does not seem like a real possibility at this time, so our planning and our focus right now is on May 23,” he said.

If May 23 also falls through, TMF is asking Beverly Hills and other cities to consider other dates in the fall of 2021.

Even with the race taking place at the later May date, it will still have to contend with extra health and safety precautions. According to a staff report drafted for the committee meeting, the organizers of the race have formed a Medical and Operations Advisory Group to determine how to approach the race safely. They are also working closely with the LA County Department of Public Health (Public Health).

Among the precautions designed by the L.A. Marathon, all participants and volunteers must be vaccinated, have an immunity certificate, or pass a rapid testing protocol. The race itself will factor in the need for social distancing between participants and observers. This means reducing the number of racers to allow for more space on the route. The marathon will also distribute only prepackaged food and beverages to minimize contact.

While casual observers will likely only have to abide by county or City public health rules, those who hope to watch from the stands or VIP sections will have to abide by stricter guidelines.

The Marathon has become a productive driver of charity, offering a platform to approximately 70 nonprofits and raising millions of dollars each year. According to the staff report, the Marathon has generated more than $50 million since its start in 1988. In 2019 alone, the event raised over $2.7 million, including $194,000 for the Beverly Hills-based Concern Foundation.

“We are not interested at all in staging an event or encouraging the staging of an event that is not safe,” Sunkin said. “So mask wearing and all those appropriate protections, if that’s the order, then that’s what we will do—even if we have to go to no spectators.”

County Public Health Cautions Not to Let Guard Down

“We have been living the realities of this pandemic for eight months, and these times have been full of loss and difficulties. 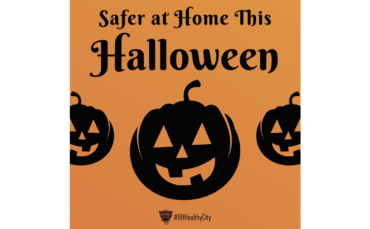 “We want to keep heading down the path of recovery from COVID-19, we don’t want to take steps back,” Friedman told the Courier. 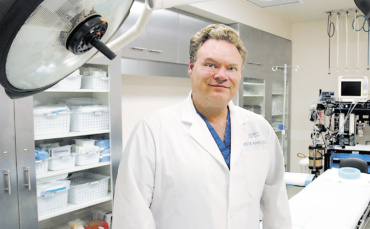 “We can't go out, we can't go to parties, we don't go to restaurants, we don't dress up, we're home in our pajamas and our robes,” said Koplin.