“It’s the same findings and same discretionary review process that any commercial building or multifamily building is subjected to,” Gohlich said.

The Beverly Hills City Council spent more than five hours debating whether to allow mixed use development in parts of the City. In a meeting that was briefly interrupted by an announcement of the Dodgers’ World Series victory (courtesy of Councilmember John Mirisch), the Council found itself mired in disagreement over questions of the proposed ordinance’s fiscal impact.

Throughout the discussion, City staff repeatedly impressed a single message on the Council: with the Regional Housing Needs Assessment (RHNA) looming ahead, it is “mission critical” that the City find new sources of housing.

“I think it’s a groundbreaking decision,” said Councilmember Lili Bosse. “It takes us into the next decade of a healthy City that we can provide for the seniors, for the millennials, and for affordable housing.”

The proposal has met a fair amount of criticism from the public. On Oct. 13, the City Council heard 78 total comments, with 69 opposed to mixed use. While they were not read into the record, the Oct. 27 meeting received another 13 comments, 12 of which were in opposition.

“Every time I heard the letters that were read to you, or the public comments that were read to you, or read to us, in these hearings, I heard the voice of a few people that really rallied a number of people with [less than] the full amount of information,” said Planning Commission Vice Chair Lori Greene Gordon. “And I think it’s very important that we be cognizant of the fact that without all the information, I don’t think the public really understands the urgency of what we need to do in this RHNA situation.”

The City has allowed limited mixed use in the past on a case by case basis, but the ordinance would provide a formalized process for developers. It would add an element of “certainty” that the Planning Commission characterized as necessary to foster development in the City.  It would also grant the City a crucial source of housing units as a part of its RHNA allocation.

The consideration of the ordinance comes as the City faces steep demands by the State to increase its housing stock over the next eight years. As a part of the RHNA allocation, California has determined that Beverly Hills must enable development of more than 3,000 new units in the City. While not a mandate, the City must prove to the State Department of Housing and Community Development (HCD) that its zoning and regulatory framework enables and encourages that level of development. In the event that HCD remains unconvinced by the City’s efforts, the State would step in and allow developers to build projects with “at least 20 percent low income or affordable housing where they want without regard to many of our rules,” Planning Commission Chair Peter Ostroff told the Council.

“So yes, it’s true that it sounds punitive for the state to impose these numbers on us,” Councilmember Dr. Julian Gold said. “But if we don’t comply, it’s going to get even more punitive. And under the circumstances, I don’t really think we have a whole lot of choice but to find creative ways to build new housing in the city.”

Assistant Director of Community Development and City Planner Ryan Gohlich described mixed use as “one of our best ways to substantially chip away at that 3,096-unit count.”

“Mixed use allows us to create additional housing opportunities on land that is not currently zoned for residential, and the best part of that means that we’re not displacing any of our current residents, many of which are benefiting from our rent control regulations,” he said.

Throughout the public commenting period, the City Council and Planning Commission heard frequent detractions to the mixed use proposal. Councilmember Bosse raised those concerns with staff. “What I heard again and again in calls and in emails is a concern that, by allowing mixed use in certain corridors, that this proposed ordinance might destroy the quality of life of the abutting residential area and such,” she said. “What I want to make sure that I understand is that…we have an ordinance, but there’s nothing specifically that happens by right. In other words, now that we have this overlay zone, it doesn’t mean that people can just build whatever the heck they want.”

“It’s the same findings and same discretionary review process that any commercial building or multifamily building is subjected to,” Gohlich said.

Another source of controversy around the mixed use ordinance relates to the State Density Bonus Program. The program allows developers to request extra floors or square footage in order to include affordable units in a project. Many residents have expressed concern that the program would allow new mixed use developments that clash with their surroundings. The Staff Report states that, in most cases, the density bonus would grant developments an additional story at most.

Councilmember John Mirisch came out strongest against the proposal, saying that he believed the matter required more study to understand the fiscal impact. He also described the ordinance as overly generous to developers at the expense of the City. “We had 80 people who opposed it and 10 people who were in favor, but of course, the 10 people who are in favor of it were developers,” he said. “I think we have to be very, very careful about corporate welfare.”

Given his reservations, Mirisch said he didn’t think the ordinance was “ready for primetime.”

Mirisch and Ostroff found themselves at considerable odds toward the end of the meeting. Ostroff took issue with the timing of Mirisch’s comments, claiming that Mirisch should have requested a financial analysis much earlier.

“This thing has been pending for 18 months at least and it could have been done long ago,” Ostroff said. “What that tells me is that there is no bonafide interest in doing a financial analysis of any type. That is just a way to ensure either that this doesn’t pass, or that if it does, nothing will happen as a result.”

“Thank you for being the representative of developers,” Mirisch replied.

The City Council will resume discussion of the matter on Nov. 10 at 1:30 p.m. While the Council will not hear or read comments, anyone interested can still submit comments to the Council via cityclerk@beverlyhills.org. 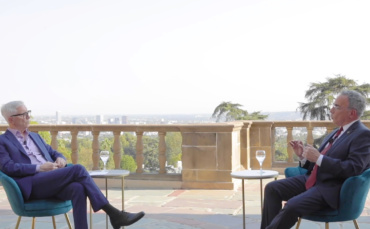 Solid Waste Rate Hike in Store for Beverly Hills in 2021