The Beverly Hills City Council voted to accept a settlement with the Los Angeles County Metropolitan Transportation Authority (Metro) over the Purple Line Extension Project, ending litigation over the proposed rail line. The settlement outlines the terms of how the City and Metro will share the cost and work for a second subway portal at Wilshire Blvd. and Rodeo Dr. The Council voted 4-1, with Councilmember John Mirisch dissenting.

Metro’s Purple Line Extension promises to carry riders from downtown Los Angeles to Westwood in only 25 minutes when completed. Along the way, it will deposit and pick up passengers at a station located in Beverly Hills at Wilshire Boulevard and Rodeo Drive. As a part of the settlement, the City and Metro will share the cost of the project, estimated at $78.5 million split between the two parties. Additionally, Metro agrees to construct restrooms for the station. Metro will also reimburse the City up to $250,000 for tunnel rescue equipment for the City’s Fire Department.

The settlement also changes the work hours during which construction can take place. According to Beverly Hills City Spokesperson Keith Sterling, this was done to “minimize impacts to outdoor dining during the COVID-19 pandemic.”

“The work has now been shifted to begin at Midnight, with construction to begin at 1 AM, after outdoor dining concludes,” he told the Courier. “These conditions will remain in place until June 30, 2021 or whenever City restaurants are allowed to operate at 100 percent indoor capacity, whichever comes first.”

Councilmember Mirisch, the lone dissenter among the Council, said that he felt that Metro should shoulder the entire cost of the station. “The fact that they’re asking the city for an additional $38 million to do a portal, which, from my perspective, should have been included in the first place, is something that for me, personally, is a bridge too far,” he said. “I believe that’s money that the city can and should be using for other important City functions such as affordable housing.” 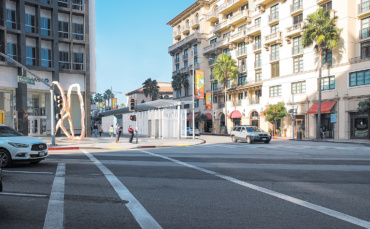 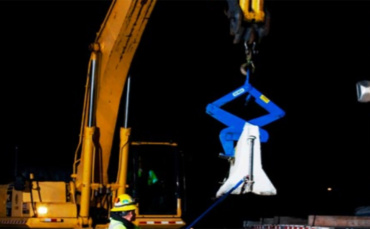