“We are deeply saddened that the city staff did not reach out to us before bringing this item back before council without updated data figures,” Tim Harder, senior manager for government partnerships for Bird, said in a written comment.

The Beverly Hills City Council continued to adjust to the reality of the COVID-19 pandemic, extending a ban on shared-use transportation and loosening restrictions on medical use in the City’s commercial spaces. The moves, made in the Nov. 17 Regular Meeting, sought to assist struggling businesses. The Council also voted to continue discussion of solid waste removal rates to the Dec. 8 Regular Meeting.

The medical use ordinance “would allow for most of our existing commercial properties to be converted to medical offices without having to comply with our current overlays own requirements,” explained City Planner Ryan Gohlich.

“This is timely,” Councilmember Dr. Julian Gold said. “We’ve all seen the vacant spaces; I think it’s a real concern to all of us.”

Beverly Hills has limited the number of medical establishments in the City since 1989, with the goal of preventing an overconcentration of doctors’ offices,  surgery centers and the like. The City at the time worried that such an excess could negatively impact traffic and parking, pedestrian activity, the City’s tax base, and the diversity of the City’s commercial character.

In 2011, the City put in place new regulations on medical use that required prospective new medical property to apply for a “medical use overlay zone.” Under those requirements, applicants must prove that the medical use “would not have any negative impact, and the medical use would provide public benefits that could offset the long-term impacts of additional medical uses in the commercial area,” according to the staff report compiled for the Nov. 17 Study Session. Additionally, the medical space would have to conform to strict parking requirements of one parking space per 200 square feet.

The regulations worked. Since October 2011, when the Council approved the medical use overlay zone, only one applicant has received approval, according to the staff report.

On Nov. 17, the Council voted to repeal these restrictions in response to the ravages of COVID-19 to the commercial real estate market. Since March, as millions of Californians heeded stay at home orders, office buildings have turned into ghost towns. The vanishing tenants also meant vanishing rents.

“Truthfully, this is the worst commercial real estate market I’ve ever witnessed in the history of my career, which spans about 35 years,” leasing and sales broker Mike Geller, the co-owner of First Property Realty Corporation, said in public comment during the Regular Session. “Vacancies in Beverly Hills and the Westside are rising at a rate that’s basically unforeseen in recent history.”

As an emergency ordinance, it can only last a total of two years before the City must either allow it to lapse or make it a permanent ordinance. According to staff, a regular ordinance takes longer to bring to fruition.

Councilmember John Mirisch, the only member to vote against the ordinance, worried that growing the presence of medical tenants in the City would lock other industries out once the pandemic abates. “I would like to think that, at some point, the entertainment industry will rebound,” Mirisch said. “I would like for us to be in a position—because that is part of our DNA—to be able to be home to agencies, and production companies, and creative offices and that sort of thing.”

The Council also extended a ban on shared mobility devices, including electric scooters and bikes from companies like Bird and Lime. While the original ban stemmed from safety concerns for riders, pedestrians, and traffic, it has assumed new significance during a time of al fresco dining and the City’s OpenBH program. The Council voted 4-1 to extend the prohibition until one year after either the State of California or the City of Beverly Hills lifts its declaration of emergency—whichever comes last. Councilmember John Mirisch cast the dissenting vote.

“We still need a lot more analysis and solutions to deal with the issues that, as far as I can tell, have not changed,” said Councilmember Lili Bosse. She added that she could see a potential role for shared mobility devices in the City’s future, “But as we sit here today, I don’t see that.”

Shared mobility devices first hit the streets of Beverly Hills in 2018, rapidly proliferating as different companies vied for market dominance. In response, the City Council instituted a six-month urgency ordinance in July that banned their use within the City. “The reason was complaints about riding on the sidewalk, the storage of the devices, leaving them on sidewalks, and then the public right of way,” explained Deputy Director of Transportation Aaron Kunz. Even after the Council considered various pilot programs in the intervening six months, they felt that none of the proposals from potential partners addressed their concerns and opted to continue the ordinance for another year to January 2021.

The agenda item elicited public comments from representatives from some of the largest shared mobility companies, Bird and Spin. Both companies requested that the City repeal the ordinance and open the City up to their devices.

“We are deeply saddened that the city staff did not reach out to us before bringing this item back before council without updated data figures,” Tim Harder, senior manager for government partnerships for Bird, said in a written comment. “Our ask is that parking of vehicles be allowed in Beverly Hills during the remainder of the COVID pandemic to provide transportation access to our essential workers.”

But the appeals appeared to backfire against accusations of disingenuousness from members of the Council. Councilmember Gold pointed out that Spin had failed to deliver a plan that the company had promised the City in 2019 to address the Council’s concerns. Bird, Gold said, “was the worst of the lot, and in point of fact, they probably were the major reason why we banned them in the first place.”

“The fact that these shared mobility companies have not come forward to us during the last at least year with some sort of plan really disturbs me,” said Mayor Lester Friedman. “Then, all of a sudden, we get letters from them [asking], please don’t renew the ban. Well, what have they done to address the issues that we have had for the past two years?”

Finally, the Council opted to continue discussion of the solid waste rate increase to the Dec. 8 meeting, and likely to a yet-to-be scheduled meeting in January. The City has not adjusted its rates since 2011, and since then, costs have risen and markets for recyclables have shrunk. Members of the Council expressed that they needed more analysis on other options, including digging into budget reserves, before proceeding with a vote. Staff warned that further delays in implementing the rate increase could lead to steeper hikes down the road.

“It seems to me that in a month, we could know how much bigger that will be and see if that’s worth it to us,” said Vice Mayor Robert Wunderlich. 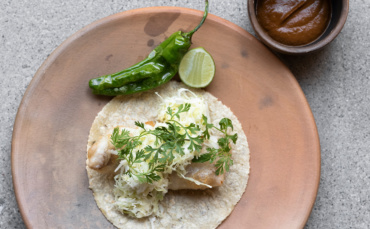 Holiday Dining Scene – Who is Open, What’s on the Menu and How to Book

When you need a break but can’t leave town, these debut dining ventures all evoke a strong sense of place and a much-needed dose of escapism. 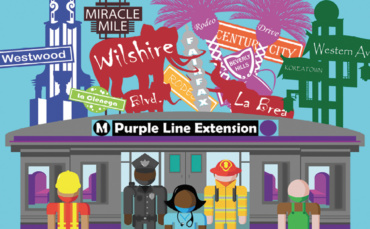