“It’s not about political consultants and political action committees,” Economy said. “It’s just about people organizing who are passionately against a candidate.”

The effort to recall California Governor Gavin Newsom has gained momentum in recent weeks as local businesses join the movement, using their retail space to host petition signing events. The “Recall Gavin 2020” effort is comprised of “a grassroots army” seeking to collect the 1,495,709 valid signatures required to prompt a special statewide recall election. In order to succeed, the campaign must submit the nearly 1.5 million valid signed petitions—with ink on paper—from Californians by March 17 to the California Secretary of State. If certified, the measure to recall Newsom would be placed on the ballot during a special election in 2021. The measure would ask voters whether Newsom should be removed, and if so, who should replace him as governor. Newsom, who took office in Jan. of 2019, is currently in his first term.

Every governor since Ronald Reagan has faced a recall effort. The only one that succeeded, however, took place in 2003. Governor Gray Davis was recalled a few months into his second term and replaced by Arnold Schwarzenegger.

The effort to recall Newsom has the support of two prominent local businesses. Kitson, a boutique known for unique merchandise and a celebrity clientele, adorned its Robertson storefront with posters that read, “#1 New Year’s Resolution, recall Gavin Newsom.” Local Italian eatery, La Scala, also voiced outrage towards Newsom, posting recently on Instagram, “He’s still an assh*le & needs to be recalled! Please come by & sign a petition this Saturday!!” Newsom, who was lauded at the onset of the pandemic for issuing the nation’s first stay-at-home order, has drawn widespread criticism in recent weeks for the effects renewed orders have had on business. The Governor’s perceived hypocrisy intensified after attending a swanky indoor dinner at the upscale Napa Valley restaurant the French Laundry days after prohibiting all indoor dining and urging the public to avoid such get-togethers. As of Jan. 20, the recall campaign told the Courier they have collected over 1.1 million signatures.

The Recall Gavin 2020 campaign began gathering signatures in June of 2020. The campaign’s action plan reads simply: “We are confident that by reaching out to millions of Californians who have been betrayed by this governor, and by using the latest online and social media technology, we are going to give California’s voters an opportunity to fire Gavin Newsom.” 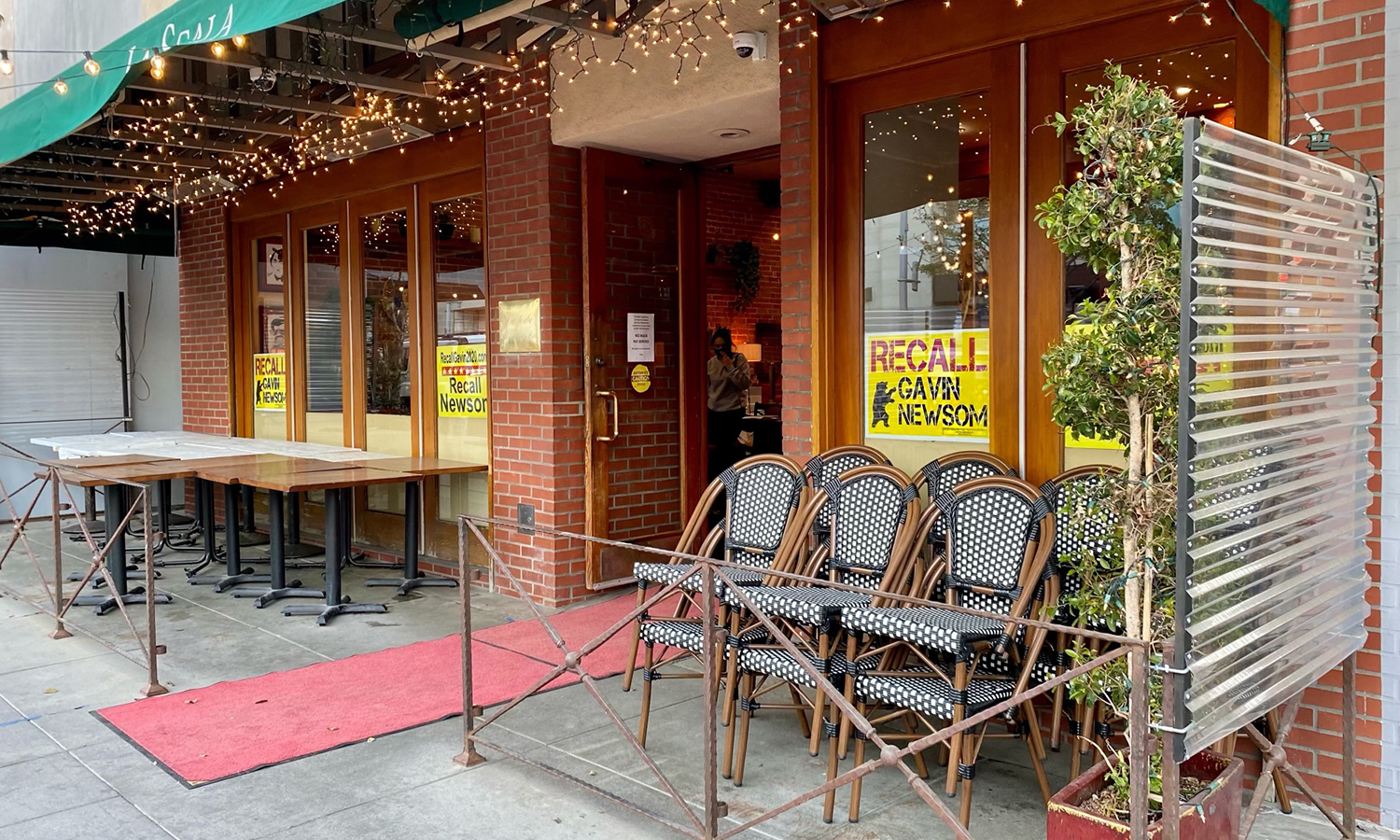 For a month now, volunteers have set up signing stations in front of La Scala’s Canon Drive location. The Courier has learned that people are coming by the eatery every day to sign the petition.

“I know we have hundreds and hundreds, if not thousands of businesses that are actually being used as petition collection places, even La Scala restaurant,” Randy Economy, a senior adviser to the recall effort, told the Courier. “I think the success of the campaign is coming from individual businesses and the people who are working doggedly every day at their business, passing the petition around physically. So, we’ve made it as simple but as aggressive as possible.”

The restaurant made headlines earlier this month, after its invitations to a prohibition-themed speakeasy on New Year’s Eve were made public.

“I think there’s a frustration right now with government at all levels,” Economy told the Courier. “And I think when Newsom decided to arbitrarily shut down California, he shut down the fifth largest economy in the world. And he didn’t realize that the people that were being most effected weren’t the big corporations and the big billionaires and stuff. It was the hardworking mom and pop businesses that were really struggling, who didn’t have a way to get out of it. And then all of the sudden they had to apply for small business loans and do all these things that were foreign to them. And then every day it was a constant barrage of what you cannot do as opposed to what you could do. Nobody was allowed to have the ability to get involved with Newsom’s decision-making process. It was all done through his executive orders.”

According to Economy, the petition has attracted some 100,000 volunteers throughout California.

“It’s not about political consultants and political action committees,” Economy said. “It’s just about people organizing who are passionately against a candidate.”

Economy added: “Our job as the campaign is to do one thing, and that is to make sure that we are successful in getting the 1.497 million legal signatures that are required under state law to go ahead and to trigger a special election. That’s our only job right now.” 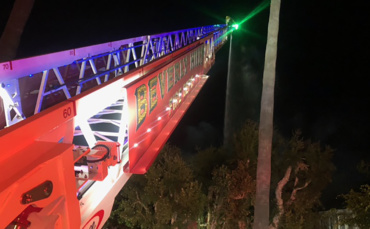 “It took a little while,” Barton added. “It was a large home.