At the Jan. 14 Planning Commission Regular Meeting, the Commission unanimously denied amendments that would have allowed the construction of a hotel on the Stinking Rose restaurant site. The proposal called for a 216-room, four-star hotel to replace the garlicky restaurant on 55 North La Cienega Boulevard, eliciting concern from neighbors who worried about the impact of the development on their quality of life. The Commission heard requests by Westland Real Estate Group for exemptions from several building codes necessary for its construction, including a zoning amendment, zone text amendment, planned development and general plan amendment. The rejection effectively quashes the possibility of the hotel in its present iteration.

“This is not going to happen like this,” Chair Peter Ostroff said. “This is just so far off of anything that we could really seriously consider that you need to go back to the drawing board.”

The denial marks yet another roadblock in the project’s history. Westland first proposed the development in 2016, and over the years, the company has revised its plans multiple times. At different points, the project has ranged from seven to nine stories, between 169 to 247 guest rooms, and between 164,645 and 287,384 square feet. But, as with the most recent iteration, the city has expressed concerns with the earlier proposals over their scale. On Aug. 19, the project came up for review by the Planning Commission liaisons, where the liaisons reiterated the city’s concern and indicated that it would not receive support.

In its latest version, the plans called for a 109-foot-tall structure accommodating 216 rooms with a total area of approximately 161,298 square feet. The first floor was to include commercial spaces, such as a restaurant, café, retail space, and a food market. The second floor would provide more conventional hotel amenities, like a bar, gym and sauna, business center, and a 5,259-square-foot terrace lounge. Above that: 216 hotel rooms with a pool and dining area on the roof. The plans include a 5-level underground parking lot with 358 spaces.

This version would require multiple amendments to city code, including the establishment of a new overlay zone and an amendment to the General Plan. Existing building requirements limit developments on the property to three stories, or 45 feet, well below the proposed 109 feet.

The project also rankled neighbors who live directly adjacent to the project site. The plans submitted by the developer show that parts of the ground floor would come right up against seven single-family residences with no setback and no ally as a buffer. The city’s existing regulations prohibit hotels by single-family residential zones. At the Jan. 14 meeting, the Commission heard from multiple concerned residents, including a few of the homeowners who live by the proposed development.

“When we bought our home in 2016, we were aware we were buying in a busy and developing neighborhood, but we expected the city of Beverly Hills to uphold existing building and code regulations,” one resident who lives by the site wrote to the commission. “We have young children and intend to remain in this neighborhood for decades to come, but we will be forced to reconsider our plans if this development, or anything higher than what current regulations allow, goes forward.”

Abraham Assil, the applicant for the project, defended the plans to the commission. He said the project represented an opportunity to put southeast Beverly Hills on the map, especially with a subway portal slated for construction just down the street. He characterized the disagreement with neighbors as a conflict between a fear of change and progress.

“I am well aware of the concern by some members of the community, particularly the elderly segment, for fear of change. These members of the community want to keep things as they are. I understand them. Change is difficult, but most often necessary, especially for progress,” Assil said. The vocal opposition to the proposal eclipsed a “silent majority,” he said. “Those with loans, families, all of whom are not outspoken or engaged, busy making a living, unable to take an active role and voice their preferences, but I believe they do wish for, they do desire, for a part of our south east to become a worthy destination, and not merely necessarily the subway portal.”

Instead, some commissioners indicated support for other kinds of developments on the site. “I think you should be thinking in terms of what the city needs at this point. One of the things we need is housing and we need affordable housing,” Commissioner Thomas Hudnut said.

With the Commission’s no-go, Westland has expressed interest in submitting an alternative proposal for a 10-story, 270-unit mixed use apartment complex, according to the staff report compiled for the hearing. 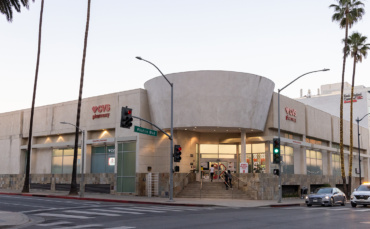 “The other thing we're really hearing today [Jan. 20], in particular, is the frustration with the county's website, being able to find an appointment, calling their information line, not talking to a live person. 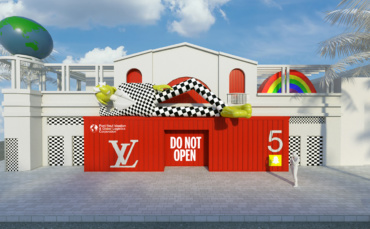