At its Feb. 18 meeting, the Human Relations Commission (HRC) reviewed the status of its existing work plan and presented new proposals to adopt for 2021-22. The work plan reflects the Commission’s core goals of promoting and integrating tolerance, acceptance and civil discourse into established city and Community Services events, programs and services. Priorities for this year include continued review of Community Assistance Grant Funding (CAGF)—a social service safety net funded by the City of Beverly Hills—promoting online civility, education and advocacy regarding the city’s homeless initiative, staff-resident relations and continued monitoring of the Beverly Hills Ambassador Program.

The Commission has traditionally promoted its objectives with the annual Embrace Civility Award, Civility Month observances, Kindness Week and the Kindness Taskforce. The Commission’s newest member, Noelle Freeman, proposed extending the HRC’s commitment to civility into the virtual realm. “Seeing how people interact differently online was really what sparked my interest in this, and there hasn’t been an effort to take our civility statement online,” Freeman told the Courier. “When you’re behind a computer screen and there isn’t that sense of ownership, it’s much easier to say and do things that you wouldn’t otherwise say to someone’s face. So, maybe that’s having the Commission create a plan or have ambassadors of this online facility so they can step in when there’s cyber harassment.”

Freeman proposed expanding the HRC’s current Police Department personnel and common complaint form, which allows the Commission to hear and help resolve complaints from BHPD, to all staff. “Really, the goal of this is to allow residents a place to feel heard, and also fulfill our full charge, which states that the HRC is authorized to receive citizen complaints concerning interactions of city employees with the public,” she noted.

“One of them died of an overdose and the other we’re not sure,” Latta told the Courier. “But typically, they die of a medical issue that could have been easily managed if the individual had access to services and wasn’t prevented by mental health issues, like hearing voices or paranoia, from going to a hospital. We don’t have a coroner report, but chances are, she probably died of something simple, like high blood pressure that could have been treated easily.” According to Latta, both of the individuals had been living on the streets of Beverly Hills for roughly 13 years.

“We offer people assistance, but all of that takes a lot of staff time and between the Rangers and P.D., everyone has been stretched thin with the protests and COVID-19,” Latta told the Courier. “So, it’s been challenging. Some of the homeless population is suffering from psychosis and they think people are after them. So, we do our best to engage them, let them know that the services are available, but the laws are such that you can’t hold someone against their will.”

One listener posed a hypothetical question about what would happen if they lost their job, but then received more money in unemployment benefits than they made at their former job. Would they qualify for eviction protections? 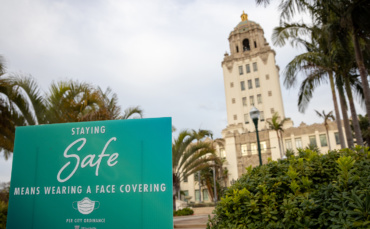 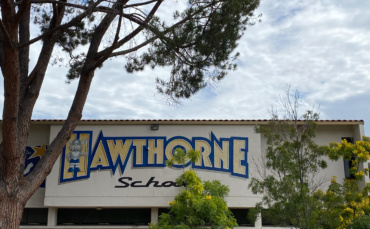