“The Beverly Hills Police Department officers were actively targeting the medics in this protest, and they wanted them stopped so that they couldn’t help or reach the injured protesters,” said lawyer Sara Azari.

The City of Beverly Hills and the Beverly Hills Police Department (BHPD) have been named in a lawsuit stemming from their handling of the protests in Beverly Hills last spring and summer. The lawsuit, filed in California Superior Court on Feb. 26, also names other Southern California cities and law enforcement agencies. The 38 plaintiffs in the case allege causes of action for violations of their civil and Constitutional rights. The complaint also makes claims of assault and battery, false imprisonment, negligence and intentional infliction of emotional distress.

One plaintiff, Alejandra Garcia, accuses the BHPD of using “excessive force” at protests in the city on June 12 and 26. At both protests, Garcia served as a medic, her attorneys told the Courier.

“The Beverly Hills Police Department officers were actively targeting the medics in this protest, and they wanted them stopped so that they couldn’t help or reach the injured protesters,” said lawyer Sara Azari.

The complaint alleges that on June 12, BHPD shot Garcia “at minimum two times with rubber-cased bullets, threw tear gas canisters within a dangerous proximity, and kept plaintiff Garcia and other plaintiffs kettled within a small public area while utilizing a Long-Range Acoustic Device.”

On June 26, the complaint alleges that Garcia “was further subjected to excessive force, wherein officers of the defendant BHPD brutally beat, gassed, and again targeted her with a long-range acoustic device while peacefully protesting.” The lawsuit alleges that Garcia was detained for some 26 hours, without food or water, and only given a phone call at the end of that period.

“This is without a lawyer, even though she’s asked for a lawyer, and without reading her Miranda Rights,” said Azari.

As of press time, the city has not been served with the complaint. Beverly Hills City Attorney Laurence S. Wiener told the Courier,”Immediately after the George Floyd killing, those were very trying times and difficult times for the police department. We are very proud of the way the police department in general handled the protests. We haven’t yet been served with the complaint. If there are specific allegations regarding the city of Beverly Hills, we will look into those.” 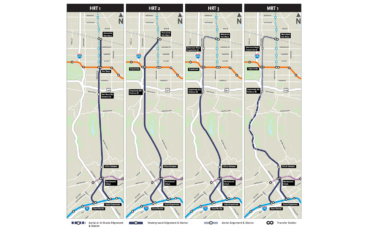