“The community wanted design standard that made the streetscape feel a little more modern, a little more refreshed but still represent that classic and historic Beverly Hills vibe,” Holzer said at the meeting.

On March 17, the Architectural Commission held a Regular Meeting during which Commissioners reviewed the preliminary draft design standards for the Connect Beverly Hills streetscape plan. The project establishes aesthetic guidelines for the public right-of-way and the development of new sidewalk designs and pedestrian amenities in advance of the opening of the subway. At the meeting, the Commissioners weighed in on transit shelters, trash cans, street lighting and more. The design recommendations discussed will be incorporated into rebuilding the public sidewalks around the two Metro stations under construction—Wilshire/La Cienega and Wilshire/Rodeo stations—as well as other future streetscape projects. The city’s Transportation Planner and Project Manager, Jessie Holzer, also presented the findings of a design survey that sought input from the community on amenities they would like to see incorporated.

“The community wanted design standard that made the streetscape feel a little more modern, a little more refreshed but still represent that classic and historic Beverly Hills vibe,” Holzer said at the meeting. The findings from the survey indicated that the majority of respondents wanted to see an “organic” feel to the streetscape with sustainable elements that mimic natural forms, and would prioritize passenger drop-off and pickup, bike parking and wayfinding designs.

“We’re starting with Wilshire and La Cienega to prepare for the opening up the purple line subway stations,” Holzer said. “La Cienega in 2023 and Rodeo in 2025. Our intent is that this project can serve as a template for developing future plans and future standards for other streets in the city. Right now, we don’t really have any streetscape standards at all. So that means that anytime we reconstruct the public right-of-way, we don’t have a guide that tells us how to rebuild it and has led to a kind of fragmented streetscape throughout the city.” The project aims to develop a more cohesive aesthetic that would make Beverly Hills immediately recognizable by the look and feel of the streets.  The goal is to create beautiful and welcoming corridors that future subway riders will instantly recognize as Beverly Hills as they emerge from either of the two underground stations. The design standards will include recommendations for types and styles of streetscape amenities.

The Commission narrowed the preliminary design ideas down to one recommendation per amenity category, which will ultimately be in the drafted plan. The options developed were also designed to align with the “garden quality” in Beverly Hills.

The Commissioners voted for “Quinbin” style trash cans, which are clean and cylindrical in shape and a rounded square base. For bike racks, the “loop” option won with its simple form and sculptural, sweeping circle to hold the bike. Commissioners voted for Dero “Fixit” bike repair stations and custom designed transit shelters that both fit the new site requirements and match the streetscape palette. Landscape forms “Jules et Jim Bench and Planter” were also chosen, made from patented high-performance Cast Stone that incorporate a bench design as well. The preferred lighting bollards—used to create more intimate, pedestrian-scaled lighting—were made by BEGA, with a sleek design 360-degree light coverage. For sidewalk paving patterns, the square option was chosen, which is similar to the existing pattern. Lastly, the commissioners chose the wayfinding option to decorate electrical boxes.

To provide feedback, view the draft plan or to learn more about the project, visit https://connect.beverlyhills.org/. The Planning Commission with review the draft in late spring this year before the final plan goes before the City Council for adoption this summer. 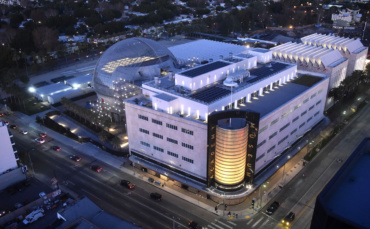 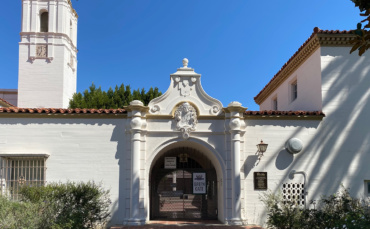