“Assuming many of the one-time measures we employed in this year’s budget to reduce expenditures are reversed going into next year, we’re forecasting an approximate deficit of $4.6 million for next year and just under a million dollars for the following year,” said Muir.

The Beverly Hills City Council heard its first update since January on the city’s battered finances. In the span of a year, the city has weathered a pandemic, unprecedented civil unrest, and a contentious election season, all adding up to a budget deficit of $12.8 million. Still, though, the city has reason for hope.

“All things considered, we find ourselves in a bit of a better position than anticipated, and some reason for guarded optimism on signs of recovery,” Director of Finance Jeff Muir said at the March 16 Study Session.

Although the city currently faces a deficit of $12.8 million, Muir cautioned that this estimate “assumes everything plays out exactly as it is in the budget,” which he said rarely happens. With business tax receipts trending upwards, decreases in forecasted salaries and benefits, a slight reduction in overtime, savings from the Early Retirement/Voluntary Separation Program, and staff vacancies above and beyond what had been previously assumed, Muir reported a projected deficit for the fiscal year of $7 million. Additionally, Muir said that the city will benefit from reimbursements for COVID-19 related expenditures and from money from the recently passed stimulus package.

Beverly Hills draws most of its revenue from four sources: transient occupancy tax (a levy on hotel guests paid by hotels); property tax; business license tax; and sales tax. As of its latest tabulation, the city estimates its 2021 budget as slightly less than $230 million.

The pandemic dealt a uniquely debilitating blow to the city’s coffers. Public health restrictions all but shut down local hotels. In an effort to assist the hospitality industry, the city halted payments of the transient occupancy tax (TOT). At the same time, commerce in the city came to a halt as shopping destinations like Rodeo and Canon became possible viral vectors, sending sales tax figures plunging.

The city recognized the threat at the outset of the crisis and sprang into action to mitigate the fallout. The city implemented a series of spending reductions and offered employees the option of early retirement programs, including CalPERS Two-year Retirement Program and Cash Incentive Program. As of the Feb. 28 deadline, 40 employees opted for the CalPERS program and 25 elected for the Cash Incentive Program, saving the city $6.4 million.

“Assuming many of the one-time measures we employed in this year’s budget to reduce expenditures are reversed going into next year, we’re forecasting an approximate deficit of $4.6 million for next year and just under a million dollars for the following year,” said Muir.

Interest was high, with between seven to 12 applicants vying for the one vacancy on each commission. If approved by the council, each incoming commissioner would start the day after the departure of their predecessor. For the Human Relations Commission, the panel recommended Rose Kaiserman to replace outgoing Commissioner Henry Blumenfield, whose term concludes on December 31, 2021. For the Arts and Culture Commission, the panel landed on Pamela Beck to take over for outgoing Commissioner Stephanie Bond, who leaves on June 30, 2022. The panel for the Design Review Commission endorsed Marshall Peck to replace Commissioner Ilona Sherman, whose term concludes on December 31 of this year. Finally, the Planning Commission panel recommended Terri Kaplan to the seat currently occupied by Andy Licht, whose term ends June 30, 2022.

The Arts and Culture Commission panel also suggested that the Council discuss at a later meeting possibly expanding the commission from five to seven members. The recommendations for commissioners will be placed on the formal consent agenda at a future city council meeting.

Vice Mayor Robert Wunderlich expressed excitement at some of the new faces in the applicant pool and encouraged them to remain involved in civic life. For those perhaps discouraged by not making the team in this latest round, he pointed to an upcoming seat on the Architectural Commission. Applications open up next week. 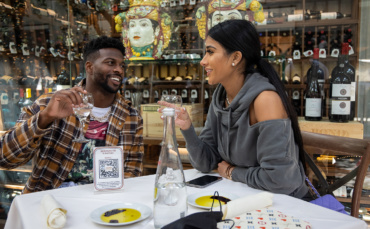