The driver in the collision that killed local businessman and philanthropist Russell Grossman intends to change his plea from not guilty to guilty, according to his lawyer. The suspect, 21-year-old Michael Kelman, faces charges of vehicular manslaughter while intoxicated and driving under the influence of a drug for the 2019 incident.

“We understand deeply the pain that this has caused the Grossman family and Michael thinks about it every day,” Kelman’s attorney, Lou Shapiro, told the Courier. “Terrible mistakes occur, and Michael’s full acceptance of responsibility is a small but necessary step in this very difficult process.”

The collision occurred on the afternoon of March 10, 2019, on Santa Monica Boulevard and Hillcrest Road. Kelman, traveling eastbound and driving an SUV, allegedly made a left turn into the path of Grossman, who was traveling westbound on his motorcycle. Grossman, 49, died at the scene.

Sharon Grossman told the Courier her son Russell was a “renaissance man” with a love of tequila, mountain biking, and classical music. “He did everything he loved, and he was afraid of nothing.” She said Russell had just bought a needle for a record player he had recently acquired on the day he died.

Born in New York, Russell grew up in Brentwood and graduated from Brentwood School. He showed an early precocity for business and finance. “The kid read the Wall Street Journal at six,” Sharon recalled. “He was selling penny stocks in ninth grade. He was building dog houses trying to make money as a kid.” After high school, he ventured out to New Orleans to attend Tulane University before returning to the West Coast to earn an MBA from Pepperdine University.

By 49, Russell had established himself as a formidable businessman, serving as Chief Client Officer and Senior Vice President at Bernstein Private Wealth Management. As his success in business grew, he also dedicated more time and resources to philanthropic efforts. “He wanted to give back to the community,” Sharon said. He was involved in the Cedars-Sinai Board of Governors, The Jewish Federation, The Washington Institute for Near East Policy, The Eisner Pediatric and Family Medical Center, the American Committee for the Weizmann Institute, and Tulane University.

Russell left behind a wife and three children who Sharon describes as a “tribute” to him. Even with work regularly pulling him away from home, he would return each weekend in time for his children’s games, said Sharon. His friend and business partner Brian Haloossim described in his eulogy how Russell picked up the guitar to play along with his youngest daughter, Samara.

Over two years have elapsed since the fatal crash. In that time, Sharon has grown frustrated. “The justice system is terrible,” she said. “I don’t understand why it’s taken so long.” She had not heard about Kelman’s change in plea until asked about it by the Courier. A spokesperson for the District Attorney’s Office declined to comment.

When asked what justice would look like to her in the situation, she suggested something more personal would be the first step in making amends.

“How about a letter, or come up and say, ‘I’m really sorry, it was a mistake,’” she said. “I’m not looking for him to go away for 10 years, but he needs to be punished for what happened, because otherwise he’s going to think he can get away with this again. You have to take some responsibility for your life.”

The case is set for a pretrial conference on April 9. 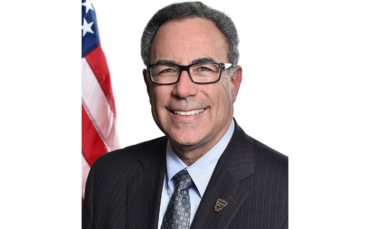