Beverly Hills Vice Mayor Robert Wunderlich will take his turn as mayor after an installation ceremony scheduled for April 6 at 7 p.m. It will be his first time serving in the position. The remote ceremony will be streamed live online and broadcast on Spectrum Channel 10. As Vice Mayor Wunderlich takes over for current Mayor Lester Friedman, Councilmember Lili Bosse will assume the position of Vice Mayor.

The city typically executes the annual rotation of the mayorship with a degree of pomp and circumstance. Three years ago, the city named Councilmember Julian Gold as mayor in a black-tie event hosted at the Samuel Goldwyn Theater. The following year, as Councilmember John Mirisch recited the oath of office for his third mayoral stint, a chorus of performers interrupted the moment with a full Broadway number.

The new Vice Mayor, Lili Bosse, will also deliver remarks after she is sworn in. 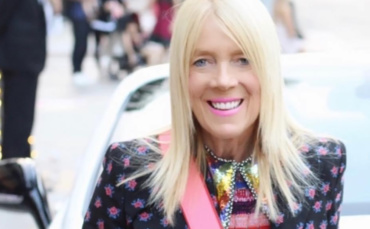 "What excited me is to be surrounded with people from different cultures and countries and hear what they’re doing and how they’ve survived this past year. I can hopefully bring back some new ideas,” said Bosse.

“We have opportunities to find what's new, and what's different, and what's exciting and what's unique,” Gold said at the March 18 meeting.

“Assuming many of the one-time measures we employed in this year's budget to reduce expenditures are reversed going into next year, we're forecasting an approximate deficit of $4.6 million for next year and just under a million dollars for the following year,” said Muir.