Pianos to Sing for Hope in Beverly Hills this Summer

“We definitely want the business district in this,” Vice Chair, Deborah Frank, said at the meeting. “We’re forming a committee and we’re going to specifically target underwriters for this entire event. That’s our goal. To support it with fundraising as we did for the Visions in Light: Windows on the Wallis.”

At its April 13 meeting, the Arts and Culture Commission reviewed plans for a project that hopes to place one-of-a-kind street pianos throughout public spaces in Beverly Hills for three weeks in August for community use. In the proposed partnership with Sing for Hope, a New York based non-profit, the Wallis Annenberg Center for Performing Arts and the city of Beverly Hills, 10 to 20 pianos designed by renowned artists, celebrities, school groups, and influencers would be placed around the city as part of a public art project. At the end of the project, the pianos would be placed in their “forever homes” at under-resourced schools, hospitals, and communities where Sing for Hope provides programming year-round. Having already garnered support from council liaisons Lili Bosse and John Mirisch, the city-wide program will be considered for approval by the City Council on April 20.

“I am thrilled that ‘Sing for Hope Pianos’ will be coming to our city,” Vice Mayor Lili Bosse, told the Courier. “As we are finally on the road to better days ahead, having music and art throughout our beloved town, will bring joy, fun, hope and healing as our community comes together after this challenging past year.”

Sing for Hope comes as a result of an initiative between the Arts and Culture and Human Relations Commission to celebrate and embrace culture. Representatives presented the project on March 24 to the City Council Arts and Culture/Human Relations Commission Liaisons, Bosse and Mirisch, and the Arts and Culture and Human Relations Commissions recommended the partnership to host the “Sing for Hope Pianos” as part of the Art in Public Spaces project. Liaisons also recommend that the city allocate $50,000 from the General Fund towards expenses related to this effort. The Wallis too indicated interest in contributing staff time as well as an additional $50,000 to support the success of the project. With each piano costing approximately $10,000, a balance of $100,000 remains.

“We definitely want the business district in this,” Vice Chair, Deborah Frank, said at the meeting. “We’re forming a committee and we’re going to specifically target underwriters for this entire event. That’s our goal. To support it with fundraising as we did for the Visions in Light: Windows on the Wallis.”

“We’re looking at potentially 20 sites, and I think we have about 10 sites already identified as really the prime locations,” Jenny Rogers, Director of Community Services, said. Those locations include in front of City Hall, Two Rodeo Drive, in front of the Wallis Annenberg Center for the Performing Arts, La Cienega Park, two at Beverly Gardens Park, Will Rogers Memorial Park, in front of the Beverly Hills sign, Roxbury Park and Beverly Canon Gardens. The timeline proposed for the project is August 2021.

“As you know, the Wallis has been closed to the public since March of 2020, and the arts and culture industry has been devastated by this pandemic,” Rachel Fine,  Executive Director and Chief Executive Officer of the Wallis Annenberg Center for the Performing Arts, said during the meeting. “We at the Wallis are looking for a way to help reopen the city, awaken people’s spirits and heal the community after this really unfortunate period of time. I cannot think of an artistic or cultural project that is so deeply rooted in the community that could do it better than the Sing for Hope piano project.”

Prior to her position at the Wallis, Fine served as Executive Director of the Los Angeles Chamber Orchestra (LACO). In 2012, Fine helped execute a similar public art project called “Play Me, I’m Yours,” in partnership with LACO, where 30 colorful pianos were scattered throughout the Los Angeles area.

“There’s a huge donation process that takes place at the end,” Fine added. “These pianos find very deserving homes in underserved communities. I just want to say that it was probably the greatest project I’ve ever worked on in my 24-year career.”

“Sing for Hope would be a benefit for the city on so many levels,” Commissioner Stephanie Vahn said during the meeting. “It incorporates music, performing, and visual arts, which are now under our new purview as the Arts and Culture Commission.”

To preserve and maintain the pianos, the city’s Rangers and Ambassadors or other designated entities will be tasked with opening and closing the pianos daily and monitoring them for safety. Mandatory face coverings, social distancing and regular disinfection are among some of the safety protocols that would be implemented.

“These kinds of pianos can be anywhere,” Vahn said. “They have caretakers to take care of them. In the rain, they have little raincoats. This is a project that is so well thought out and is so genuinely beautiful that I think our community would so benefit from having it here.”

Commissioners were asked to provide feedback and location ideas to Council liaisons for consideration before April 20.

“We have city and community service staff that will be supporting this as we move forward and we’re just really thrilled,” Rogers said.

To learn more about Sing for Hope, visit: https://www.singforhope.org/. 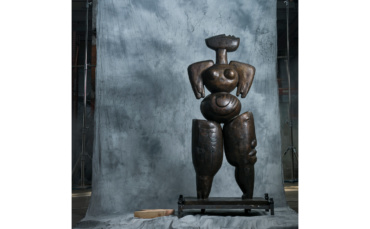 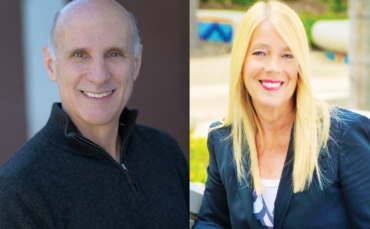 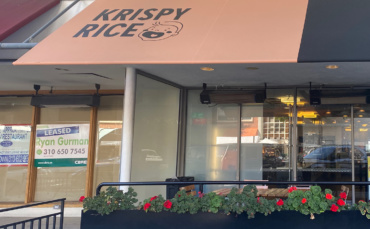 Each year, the Chamber, in partnership with the city, travels to New York City in the fall and San Francisco in the spring to scout new businesses to bring into Beverly Hills.