A group of anti-mask protesters gathered in front of Hawthorne Elementary School on April 21 in opposition of COVID-19 public health measures in schools. Organized by Beverly Hills resident Shiva Bagheri, the group handed out flyers and business cards to students as they left school, at times encouraging them to remove their masks. The protest took place the same day elementary school students returned to class for five day in-person instruction.

Members of the group have been involved in similar actions in the past. Stand-up comedian Jason Lefkowitz, who carried a clipboard with flyers at Hawthorne, organized the protest at Dodgers Stadium that resulted in the vaccine site’s temporary closure. Many have participated in so-called “maskless shopping” protests at grocery stores across the city.

Bagheri, a children’s dance instructor, is the founder of the Beverly Hills Freedom Rally. She currently faces prosecution by the city related to the Freedom Rally for “causing or permitting a parade or assembly in the city without a valid permit” a total of three times, according to a notice to appear she received. Each misdemeanor offense carries “fines/assessments exceeding $3,500 and/or six (6) months in the County jail.” She has pleaded not guilty and the case is scheduled for a pretrial hearing June 2 in Superior Court.

Beverly Hills Police Department (BHPD) officers and private security contracted with the school were on the scene, as was Superintendent of Schools Dr. Michael Bregy, for Beverly Hills Unified School District. School staff instructed students to walk past the protesters without interacting with them, at times escorting students by the group. While police observed from a distance, Bregy engaged briefly with the protesters.

In additional comments, Bregy told the Courier that “we were able to calmly and peacefully shield students from engaging with a few individuals who vocally disagree with the Los Angeles County Department of Health Order regarding masks.”

“Our first priority is and will always be the safety of our students,” Bregy said. “Our students have the right to peacefully come to school without fear of being harassed when they leave. BHUSD will continue to protect this right together with BHPD.” 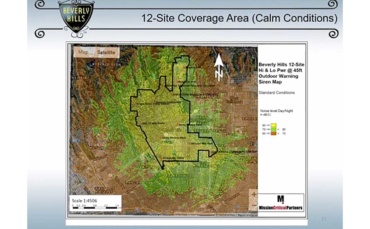