In times of crisis, the city of Beverly Hills sends out push notifications via voice message, SMS/text message, email and more to alert residents about a potential safety hazard or concern. At its April 20 Regular Meeting, the City Council advised staff to move forward with plans to establish an additional emergency notification system: a citywide outdoor warning siren (OWS). The sirens would be placed strategically around the city to ensure maximum coverage if activated, and add another layer of emergency notification redundancy, especially for those who are outdoors. At the meeting, staff presented a siren feasibility report, which estimated a total of 12 pole mounted sirens would be required to reach all residents. The intent of the system is to provide mass warning in the event of natural and manmade disasters, including wildfires, earthquakes, floods, civil disturbance, crowd control and more.

“Last night at our City Council meeting, we agreed to move forward with designs for a new outdoor siren-warning system for the City,” Mayor Robert Wunderlich, who also served on the project’s Ad-Hoc Committee, told the Courier. “The system will add a resilient means of communication to provide support in the event of a major emergency such as fire, flood, or other hazard.  The sirens align with the mission of our new ‘Just in Case’ program to enhance communication throughout the city during an emergency with timely alerts and instructions.”

Powered by solar energy or battery units, the sirens would be controlled using a dedicated, licensed radio frequency and aesthetically match street light poles in the area. While staff indicated that a city-wide system could take up to a year to set up, the Council enthusiastically agreed to move forward with a phased installation of six sirens in the northern part of the city—identified as a high-risk fire zone—as a pilot trial program.

“This could be an important addition to the city’s emergency communications system,” Councilman Julian Gold, also on the Ad-Hoc Committee, told the Courier. “It needs to be deployed in a manner which reaches the greatest number of people, is sensitive to the aesthetics within our community as well as its impacts on the neighborhood. My goal would be to use a portable temporary device to give the public a preview of what it looks and sounds like and collect community feedback prior to full installation.”

In January of this year, the city entered into an agreement with Mission Critical Partners (MCP) to develop an actionable preliminary OWS plan. The estimated cost associated with the installation of a 12-siren system is between $700,000 to $1,200,000, depending on the final locations, siren options, and other external costs.

“The outdoor warning system is a tool in the toolbox,” Pat McFeely, program manager and senior technology specialist at Mission Critical Partners, said. “Usually, and Beverly Hills is no exception, you have multiple ways of reaching out to your citizens. It’s just working in this sort of system into that whole system that you have put in place for that alert notification in case of all hazards or manmade disasters.”

The siren system allows for two notification options: voice and tone as well as only tone. The Council was adamant in going with a voice siren system, which allows for voice commands to be transmitted over the sirens as well as tones. With a tone only alert system, the public would be educated on the different tones, and then what the reaction would be for each.

“It’ll definitely be louder at the homes near the sirens,” Brian Malinich, a senior technology specialist at Mission Critical Partners, said. “But I wouldn’t say it’d be intolerable. If they had music playing in their home at that time, they may not even hear those sirens.”

“So, if the siren itself is a 100 dB level, which is outdoors, it’s like hearing a plane one mile away before landing.,” McFeely added. Sound is measured in decibels, referred to as dB, where the higher the decibel level, the louder the noise. “If it is a well-built house with the windows closed, you’re probably going to take off about 25 dB. So, at that level, it is probably no different than a passenger car going in at 65 miles an hour where you’re about 25 feet away from it.”

Mission Critical Partners recommends six sirens be placed North of Sunset, and the other six throughout the rest of Beverly Hills. “It boils down to terrain, the hills,” Malinich said. “This technology is terrain limited and can be blocked by terrain. So that’s why you see more of a count in your more terraneous area, and then in the South it’s more spread out, and that’s why you get more mileage out of the siren there.”

“Specifically, for the police department, I could see a real need for it in assisting us with evacuations,” assistant Police Chief Marc Coopwood added. “And if we needed to make quick evacuations and be able to really wake that community up with a system that would be timely in doing that.”

The discussion of the OWS comes one day after the Beverly Hills Police Department evacuated the area surrounding City Hall following a bomb scare. “The system has been under consideration for a while,” Mayor Wunderlich told the Courier. “The timing of bringing it forward has more to do with the impact of the pandemic than any recent events or threat to the city.” 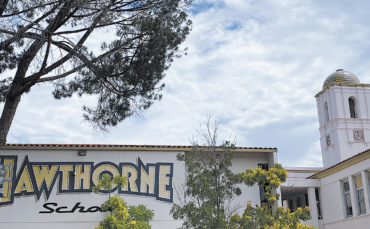 The Courier asked the seven candidates vying for one of three open seats to describe how each would address some of the biggest challenges the District faces. 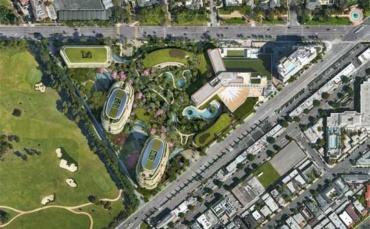