After a year-long delay due to the pandemic, the Beverly Hills City Council met for a marathon four-hour Special Study Session on April 27 to set priorities for the new fiscal year. With a budget still sore from COVID-19, the normally annual affair saw the City Council review the status of last year’s priorities for each city agency and consider new priorities for fiscal year 2021-22, including studying the creation of a City Health Department and a City Prosecutor. City staff will now collect the updated priorities and present them to the City Council at a future Regular Meeting for formal adoption.

In the same way that an agenda dictates the direction of a City Council meeting or commission hearing, the city’s yearly priorities map the goals and focus of the city’s many branches. The City Council Priority Setting Session for the fiscal year 2020-21 was a casualty of the COVID-19 pandemic. Over the last year, city staff deferred to the priorities of the prior year while also following City Council directions in regards to the evolving civil unrest and public health crisis.

Councilmember John Mirisch pushed for reviving the Southeast Task Force, a task force convened by then-Mayor Barry Bucker in 2011 to form recommendations on how to improve the southeast of the city. In 2019, with the approach of the Metro D Line, the City Council combined the Strategic Planning Committee and the Southeast Task Force into a single committee—a move that Mirisch said sometimes “muddled” the issues and decentered the concerns of residents.

“I think there was some confusion in combining it to strategic planning. The main purpose of this—Barry Brucker established the committee way back when—was to get the vision of the residents for what they would like to see…and to get their feedback,” Mirisch said.

The Council also set the city’s rent stabilization policy as a “high priority,” as Vice Mayor Lili Bosse put it. Director of Community Development Ryan Gohlich said that the city would focus on furthering the work of the Rent Stabilization Commission, which is in the process of developing a new ordinance on relocation fees.

Similarly, the Council also agreed to continue prioritizing inclusionary housing in the next fiscal year. In previous years, the city passed an Interim Inclusionary Housing Ordinance and contracted with an advisory firm to conduct a study on the topic. The ordinance establishes a requirement that multi-family housing developments include affordable units or pay an affordable housing fee. According to Gohlich, city staff will present the Council with the completed study and bring forward a permanent inclusionary housing ordinance.

The Council unanimously agreed to prioritize the promotion of arts and culture in the city. Councilmember Julian Gold expressed concerns over the costs of maintaining certain pieces of public art, apparently referring to the sculpture “Hymn of Life: Tulips,” by Yayoi Kusama. The city is currently paying more than $600,000 to refabricate the enormous, fantastical flower sculpture in bronze after the steel-framed plexiglass design showed signs of wear.

“I have a little bit of concern over what has been ongoing issues with the art that we purchased in terms of our ability to keep it pristine and the costs to us of having to redo these things,” Gold said. He suggested a “best practice review” to determine “what we should be looking for that will create issues, or maybe having some form of curation that helps prevent them.”

The council members unanimously hailed the success of the OpenBH program over the last year, which allowed stores and restaurants to extend onto outdoor public right of ways to allow for the safe continuation of commerce. The Council expressed a desire to continue the momentum of the program even as the city comes out of the grips of the pandemic.

The Council signed off on prioritizing studying the creation of a city operated health department. According to Assistant City Manager Nancy Hunt-Coffey, the city will hire a consultant to study the proposal, which first came about in response to Los Angeles County Department of Public Health restrictions on outdoor dining during the winter COVID-19 surge.

Additionally, Hunt-Coffey said the city was “beginning exploring having our own office of a city prosecutor.” She said the item would move to the City Attorney’s office for further investigation over the next fiscal year. Much like the interest in a health department, the impetus for a city prosecutor stems from discontent with Los Angeles County—in this case, with District Attorney George Gascón.

Both Wunderlich and Bosse said they would like to fast track the priority. “Because, as we’ve seen,” Bosse said, “it’s really important that people in our community feel safe and that if there are crimes, that there are consequences to [them].”

Beverly Hills Police Department (BHPD) Interim Chief Dominick Rivetti and Assistant Chief Marc Coopwood presented on the priorities for the department. Beverly Hills will seek to hire 20 police officers and five communications dispatchers over the next fiscal year, bringing the department up to full deployment of 150 officers. The goal would not see fruit for some time; it takes about 18 months from the application process before an officer can be deployed.

Coopwood said that the Department will study the feasibility of a Civilian Response Unit that would respond to non-violent calls involving vulnerable members of the community. “This is the new way that our industry is reimagining policing, to have civilians, mental health clinicians, social workers go out to the calls that traditionally go to law enforcement,” Coopwood said, explaining that these civilian groups could better deescalate some situations and have more expertise interacting with those community members.

Coopwood presented another goal for the department, the formation of a “Business District Team” that will focus specifically on matters in the Business Triangle. Coopwood explained that the move would build on a “hugely successful” pilot program from the summer.

The Police Department will also bring a proposal to the Council to extend the contacts with the two armed private security companies through the next fiscal year, citing concerns of more demonstrations and protests.

Though neither Coopwood nor Rivetti presented the objective, the draft City Council Priorities attached to the staff report lists implementing a new Unmanned Aircraft System program and the ambitious goal of lowering overall crime by 20 percent.

The Council indicated unanimous approval of the priorities and objectives presented by BHPD, though Councilmember Mirisch renewed a few suggestions for police accountability and reform. Mirisch brought up the idea of supporting the formation of “an independent investigative and prosecutorial authority that specifically deals with potential police abuse or brutality,” not just for Beverly Hills, but for California.

“The connection between the DA’s office, in general, is so intertwined with the police that in some cases we’ve seen, it’s impossible to have that arm’s length distance to create justice,” Mirisch said. 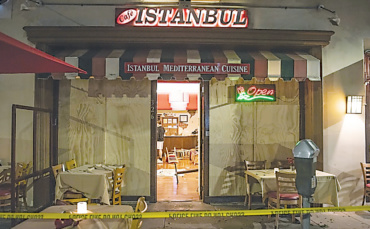 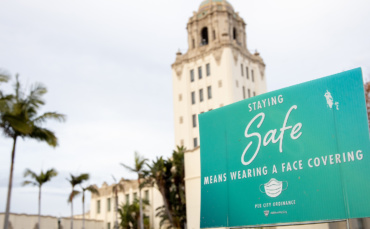 “Due to greater than expected costs of prosecuting municipal code violations in Fiscal Year 2019/2020, primarily as a result of civil cases regarding party houses, AIRBNB-type rentals, unlicensed drug rehabilitation facilities, and lobbyist prosecutions, a change purchase order is required,” states the July 21 staff report, which was authored by City Attorney Larry Weiner.