Scheduled to break ground in November, the wildlife crossing will run 210 feet long and 165 feet wide, forming a bridge over the 10-lane US-101 Freeway and reconnecting the Santa Monica Mountains and the Simi Hills. The stretch of the 101 that links Los Angeles and Ventura Counties is frequented by more than 300,000 vehicles daily, making it a particularly dangerous area for the mountain lions and other wildlife that call that region home.

“There’s a reason I wanted to support this crossing and issue this challenge: We need to move beyond mere conservation, toward a kind of environmental rejuvenation,” said Wallis Annenberg, chairman, president, and CEO of the Annenberg Foundation, via a NWF press release. “Wildlife crossings are powerfully effective at doing just that –– restoring ecosystems that have been fractured and disrupted. It’s a way of saying, there are solutions to our deepest ecological challenges, and this is the kind of fresh new thinking that will get us there.”

#SaveLACougars is a joint effort between the NWF and Caltrans, the National Park Service, the Santa Monica Mountains Conservancy, and other organizations. The campaign has raised more than $44 million so far, with an estimated $35 million remaining to unlock the Annenberg Foundation’s challenge grant, according to Beth Pratt, the campaign’s leader and California’s regional executive director for the NWF.

Pratt has worked in environmental leadership for 30 years, but she told the Courier that she’s never been more inspired than she has been during this campaign. She joined the effort in 2012 when the project had no money and little public support. With the help of organizations like the Annenberg Foundation, Pratt said, this important mission has become a reality. The Foundation provided a $1 million challenge grant in 2016 that helped the campaign get off the ground.

To Cinny Kennard, executive director of the Annenberg Foundation, the #SaveLACougars campaign “speaks to a core mission of the Foundation.” Not only does it address a critical biodiversity hotspot and animal welfare, she told the Courier, but it also serves as a model for environmental innovation and how to build public-private partnerships.

Rorie Skei, chief deputy director of the Santa Monica Mountains Conservancy, told the Courier that the project has been “a dream for decades.” Skei lauded the contributions of all those involved, including the Annenberg Foundation, and noted that the Conservancy purchased the land on either side of the freeway to make the construction possible. Pratt said the construction will cost an estimated $65 million.

The Santa Monica Mountains are considered one of only 36 biodiversity hotspots in the world. But with the 101 splitting the corridor, and the surrounding urban developments and the Pacific Ocean, the National Park Service warns that Santa Monica’s mountain lion population could soon face extinction. Not only does the freeway itself pose a threat to the animals — 23 mountain lions have been killed by vehicles in the area since 2002 — but fragmentation and loss of habitat have led to inbreeding and a steep decline in genetic diversity as well, according to the findings.

“[The crossing] really is a tremendous step forward in preserving biodiversity, and more specifically, the genetic integrity of the mountain lion population,” Skei told the Courier.

According to the NWF, “the wildlife crossing will feature robust engineering and an innovative landscape design that will blend the structure into the surrounding mountain habitat and will include vegetated barriers to reduce the impact of vehicle traffic noise and roadway light on wildlife movement.”

Construction is expected to be completed by the end of 2023, and as NWF notes in its press release, it will create many new jobs. Skei said the campaign plans to advertise construction bids by late August.

For those involved in the effort, the timing of the project only adds to its profound meaning.

“It’s a really exciting development as we emerge from a very painful and difficult year,” Kennard told the Courier.

To Pratt, the campaign represents hope. And the Annenberg Foundation’s support only strengthens its reputation as a force for good in conservation, the arts, public health, and more, she added.

“Wallis Annenberg and the Annenberg Foundation can now add saving the Santa Monica Mountains and its mountain lion population to their amazing legacy,” Pratt told the Courier.

To learn more about the campaign, visit https://savelacougars.org. 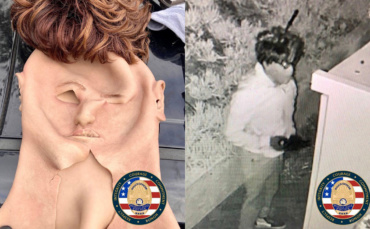 According to county records, Prowell is currently out on bond and will appear next in court on May 25 for a preliminary setting/resetting hearing. He was arraigned in court on May 4, where he pleaded not guilty to all counts.