The Beverly Hills Unified School District (BHUSD) is responding to two alleged incidents of anti-Asian racism by students at Horace Mann and Hawthorne elementary schools. After the two elementary schools experienced what officials describe as “student-to-student racist incidents directed towards Asian Americans,” school administrators had all K-5 teachers hold discussions on racism in their classrooms. Despite some disagreement with the measures, the district says that racism must be addressed explicitly to make progress in combating it.

School officials have not described the incidents that prompted the school’s response. According to an email sent June 6 to the families of students at Horace Mann and Hawthorne, both schools had seen incidents of anti-Asian racism in the previous few weeks. The email said that the incidents represented a first time engaging in racist behavior for many of the students. It also noted that for the victims, “it was one more upsetting event to add to a growing list.”

Since the beginning of the pandemic, anti-Asian racism has surged across the country. A report released on June 30 by California Attorney General Rob Bonta calculated that hate crimes against Asian Americans in the state more than doubled in 2020.

“For too many, 2020 wasn’t just about a deadly virus, it was about an epidemic of hate,” said Bonta, himself the state’s first Filipino-American attorney general. While hate crimes overall were up 31% from 2019 to 2020, Bonta attributed the dramatic rise in hate crimes targeting Asian Americans to political rhetoric that blamed China for the pandemic because the SARS-CoV-2 virus originated there.

“We are mindful that there is a difference between ‘bad behavior’ and ‘racist behavior,’” the email said. “Lumping all ‘bad/negative/disrespectful’ behavior in the same discipline bucket is not appropriate, especially when the behavior is racist. We cannot expect our students to know what racist behavior is if we don’t teach them.”

The experiences prompted the schools to reflect on how they address racism on campus, the principals wrote. As a result, the administration at Horace Mann and Hawthorne instructed teachers to lead “age-appropriate” discussions on racist behavior and encouraged families to follow up about the conversation at home.

“How can we expect students not to be racist if we do not teach what racist behavior is?”

At the June 22 School Board meeting, long-time teacher Merle Bauer spoke out against the school’s methods. Bauer, a 30-year veteran of the district, described the approach as “race baiting” and said that during her tenure at BHUSD, she had “never encountered racist behavior.”

“Why didn’t the administration confine their attention to the specific children involved? This is a form of collective punishment and certainly not the way in which to maintain social harmony,” Bauer said. She advocated for a more traditional pedagogical approach, using literature to combat racism and teach character lessons.

At the end of the meeting, Bregy offered a rebuttal to Bauer’s remarks, saying the administration’s approach was not about punishment. “It is about addressing what’s happening,” he said.

“We are an incredible place, a magical place, but we’re also just a microcosm of what’s happening in our country and across the world and we can’t forget that” he said.

Bregy said that the conversation was far from over, especially as BHUSD undergoes a Diversity, Equity and Inclusion review, audit, and implementation process as part of its Strategic Plan. He acknowledged that future conversations would likely generate more controversy. 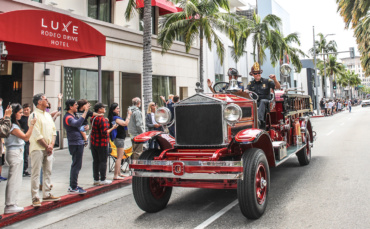 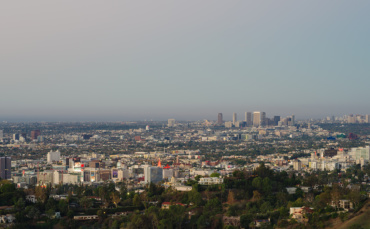 WeHo Council Gets a Homeless Update

The city also dedicated resources toward preventing at-risk residents from falling into homelessness—a concern that grew during the pandemic.