“I think the way that these elves are going to be, in that they’re going to be glitter and the size, to me, makes it a little bit more out of the box,” Bosse said. “I’m always somebody that likes tradition. But I like tradition with a twist.”

Each year in November, Beverly Hills lights up, signaling the beginning of the holiday season. Last winter, the nine medians on Rodeo Drive were transformed into a catwalk, with nine mannequins modeling sparkling gowns replete with faux florals and metallic embellishments. At its June 28 liaison meeting, the Rodeo Drive-Special Events-Holiday Program Committee unveiled the 2021 holiday décor, featuring four to 10-foot-tall glittery elves positioned around large golden luxury vintage car set pieces on a sparkling red platform. Each median would have its own installation designed by the event production company, J. Ben Bourgeois, Inc., with a price tag of $397,188.77.

“We came up with this concept of holiday helpers, basically a group of elves, that are very whimsical,” Kathy Gohari, President of the Rodeo Drive Committee, told the Courier. “It is very much like an abstract piece of art. And the elves, we’re planning to basically finish them off in holiday glitter colors of gold, silver, and then they will be surrounded by all sorts of ornate packages, holiday ornaments, and a few cars. The color scheme is an homage to both Christmas and Hanukkah, and the colors will be incorporated in all three blocks for a beautifully lit street for everybody from all over the world to come and visit.”

The proposal received mixed responses from Council Liaisons, Mayor Robert Wunderlich and Vice Mayor Lili Bosse. “We like Rodeo Drive to be distinctive and it’s a kind of display that you might expect to see in the Grove or someplace like that, you know,” Wunderlich said during the meeting. “It’s not screaming Rodeo Drive to me.”

Wunderlich suggested adding, “something else to reinforce that this is a tradition. That it’s a return to tradition, a return to pre-pandemic.”

“I think the way that these elves are going to be, in that they’re going to be glitter and the size, to me, makes it a little bit more out of the box,” Bosse said. “I’m always somebody that likes tradition. But I like tradition with a twist.”

However, both liaisons expressed support ultimately, with a few requests.

“Mayor Wunderlich suggested moving the BOLD logo down to the ornaments, and things like that,” Gohari, who boasts over two decades of experience on the committee, told the Courier. “So hopefully we will have a new deck by July 15 with those little details incorporated.”

The Committee still is waiting for council approval for the city to use the branding of the Beverly Hills Open Later Days (BOLD) program this holiday season. Both Bosse and Wunderlich expressed support to approve its usage, if retailers in the city agree to keep their shops open later for the season. “If Rodeo Drive banners wanted to say BOLD, I would support that,” Bosse said regarding using the BOLD branding on street banners. “But I also feel that it wouldn’t make sense if the stores aren’t going to be open and if we don’t have activation… It would really mean to me that Rodeo Drive and the rest of the community really wants to have the nightlife, have the stores open late, have the activation.”

“BOLD has become synonymous with us celebrating our holiday season,” Gohari told the Courier. “It has become synonymous with certain stores staying open later, so I only think it is fair to continue the tradition and not lose the momentum and the work that has been put by all the merchants and the city behind BOLD programming in the past few years.”

In recent years, Beverly Hills has certainly earned a reputation in going all out for the holidays. In 2019, as part of the BOLD program, the city also put on 12 nights of programming, complete with live performances and fireworks. In 2019, the Committee was working with a 1.3 million budget—a figure that seems almost unimaginable today. Last year, the holiday décor budget was $352,702.

“We’re being extremely conservative, keeping in mind that we need to keep an elevated experience, which doesn’t come cheap,” Gohari told the Courier. “But at the same time, we’re trying really hard to be cost-effective with the production company. Truly, the difference in the minimal cost of increase that is this year versus last year was not about so much about staffing or setup fees, it was a lot of production and storage costs that have changed because of COVID.”

The Rodeo Drive-Special Events-Holiday Program Committee will seek final approval for and present the second iteration of the 2021 holiday décor at the July 15 City Council Study Session. 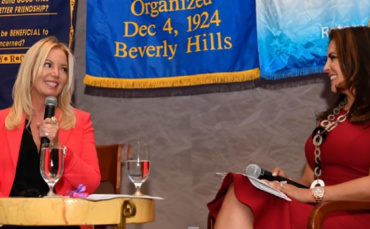 At the first “in person” Rotary Club of Beverly Hills meeting of 2021 this past Monday, June 23, at The Beverly Hills Hotel, Jeanie Buss, controlling owner and president of the Los Angeles Lakers 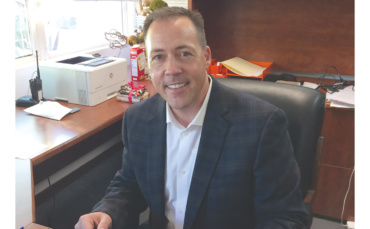 BHUSD is Ready to Rebound

Bregy added,“By offering Live@BHUSD as well as the ILC, we were able to meet the needs and cover just about everybody,” Bregy added. 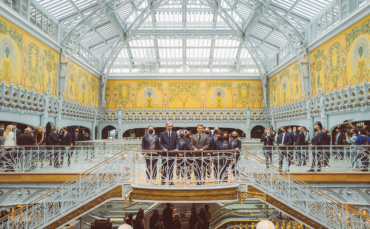 “No other department store has such compelling links to the two faces of Paris, one engaged with the historic economic vitality of the recently renovated Les Halles and the other overlooking the Seine, offering the most beautiful view of the world’s most beautiful city.