“A lot of the community members who live north of Sunset are getting notices that their insurance isn’t going to get renewed,” Beverly Hills Fire Department (BHFD) Chief Gregory Barton said at the July 13 public meeting.

The recently released wildfire assessment report has revived a debate over the fate of some of the city’s trees north of Sunset Boulevard. The report significantly scales back the number of trees recommended for removal by earlier reports, from about 1,200 to only 100. As comments in the two public hearings made clear, for some residents, the new number is far too low and does not do enough to harden the at-risk area against wildfires. For others, it remains too high and threatens the verdant identity of the neighborhoods.

The topographical conditions of the area north of Sunset make it ripe for wildfires. With steep hillsides and deep canyons, the landscape can function as a wind tunnel, especially during dry and windy Santa Ana events.

The report includes predictive models that illustrate the risks in the area, which falls within the Very High Fire Hazard Severity Zone (VHFHSZ). A fire sparked by a passing car on Mulholland Drive could travel to the tony Trousdale Estates neighborhood in less than 15 minutes, giving residents little warning and the fire department little time to respond.

While Beverly Hills and the neighborhoods north of Sunset have avoided any major fires since they’ve been around, the heightened risk has had consequences for residents. Insurance companies have taken a heavy hit in the last few years as a rapidly changing climate has undermined their risk models. According to the new report, some residents have seen insurance costs “soar to new levels” while others have lost coverage altogether.

“A lot of the community members who live north of Sunset are getting notices that their insurance isn’t going to get renewed,” Beverly Hills Fire Department (BHFD) Chief Gregory Barton said at the July 13 public meeting. “We are working with the insurance companies to show what the city of Beverly Hills is doing and how they’re working towards reducing their potential structure fire loss.”

Vegetation also plays a key role in the area’s fire risk. A 2019 report by the environmental consulting firm Dudek pointed to the 40,000 to 70,000 private trees and 7,600 public street trees north of Sunset. The report identified about 3,500 trees of “higher flammability,” singling out pines, eucalyptus, cypress, and acacia trees. As a part of the Urban Forest Management Plan (UFMP) prepared by Dudek, the report recommended the removal of approximately 1,200 trees.

This recommendation was quickly tabled as battle lines formed within the community, with some advocating for a more aggressive replacement strategy and others fighting to keep the trees in place. Because of the “conflicting agendas,” the most recent report says, the city halted the planned removal pending further analysis.

The new report provides that analysis, identifying only 100 trees for removal “in the immediate future.” While the report recommends formulating a long term replacement plan for all the higher risk tree species (pines, eucalyptus, cypress, and acacia), it gives priority to trees that could potentially obstruct evacuation routes during a fire. For non-priority trees, the report recommends continuing best maintenance and upkeep practices until the natural end of their lifecycle. At that point, the city would replace the tree with a more fire resistant species.

The decision about which trees to remove will be made jointly by the fire department and the city arborist. The report pinpointed the greatest concentration of potentially obstructing trees in the northern areas of Trousdale along Loma Vista Drive and Carla Ridge, with other higher risk vulnerabilities scattered throughout the neighborhoods north of Sunset. The number of trees removed could change as the fire department and arborist evaluate the situation on the ground.

Still, the new recommendations came up against similar resistance.

“It’s frightening to think you would strip the neighborhood, and [you] eventually will, if we do a little at a time,” said Trousdale resident Tina Sinatra.

Another Trousdale resident, Shahram Melamed, characterized the recommendation as a Band-Aid. “We have time later to replace them with something, but we cannot afford another couple of years…of just waiting to see what’s going to happen,” he said.

Barton and consultants for the city explained that the updated number is not a compromise between two competing viewpoints. Rather, it is the result of technological advances in modeling and a better understanding of how urban wildfires spread. David Shew, a wildfire risk management expert who spoke at the city hearings, suggested a different way of thinking about the plan. “It’s not a question of removing trees, the real plan is replacing trees,” he said. “There will still be trees there; they may not be pines.”

Before any trees come down, the fire department will first present the report to the City Council. A date for the presentation has not been announced. 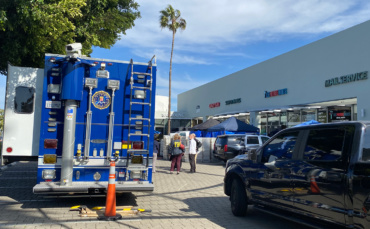 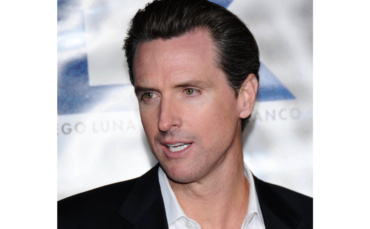