Today, BHEF uses a variety of methods to raise and distribute as much as $700,000 a year to BHUSD schools.

Ricky Lee arrived in Beverly Hills in 2016 from Seoul, South Korea, when he was in eighth grade. Initially, he felt overwhelmed by language and cultural barriers. In his sophomore year at Beverly Hills High School, Lee joined KBEV, the student-run television station. By his junior year, he was a junior producer, overseeing the production of Norman News and the broadcasting of school and community events. By his senior year, Lee was leading a team of producers and helping them navigate how to produce community television during the pandemic.

“I wasn’t really understanding what was going on in high school, and the events and programs that high school had to offer, so KBEV helped spark an interest in school events,” Lee told the Courier.

Lee’s high school career and future may have been different without the Beverly Hills Education Foundation (BHEF), a nonprofit that provides between $500,000 and $700,000 a year in extra funding to all schools within the Beverly Hills Unified School District (BHUSD). Not only does BHEF help support KBEV, but it also recently awarded Lee and two other BHHS Class of 2021 graduates with the David Heiferman Memorial Award, a $3,000 scholarship awarded annually to student leaders. In addition to Lee, the other recipients were Mia De Castro Basto, and Alana Morgan Perkins. Basto will attend Barnard College in New York City where she plans to study environmental science. Perkins, the 2020 Miss Teen California USA, will attend the University of Florida where she hopes to study broadcast journalism.

In the past four decades, BHEF has helped thousands of BHUSD students like Lee, Basto and Perkins. In addition to scholarships, BHEF provides supplemental funding for arts, athletic coaches, audio and media production, college and career readiness, and much more every year.

“As a public school district, BHUSD receives basic aid funding from the state, but it’s important to give support to classrooms, help teachers and the District provide exceptional educational experiences for our kids,” BHEF President Farrah Dodes told the Courier.

“BHEF raises money and awareness for BHUSD,” Superintendent Michael Bregy told the Courier. “They help connect our community to support a robust educational experience and have done so for all of our students for over 40 years.”

The Foundation was established in 1978, right after the passage of Proposition 13 threatened to limit property tax revenue, the schools’ hitherto primary source of funding. Throughout the 1970s, three court decisions resulted in a system that reconfigured school funding formulas in an attempt to reduce inequality between districts. Beverly Hills residents grew concerned that their schools would deteriorate in quality due to reduced funding, and philanthropist and media mogul Walter Annenberg made a $20,000 gift to the “Hawthorne Fund,” to benefit Hawthorne School, where his granddaughter attended. The Hawthorne Fund eventually turned into BHEF, now with a 15-member board. It was one of the first educational foundations in the nation.

Today, BHEF uses a variety of methods to raise and distribute as much as $700,000 a year to BHUSD schools. First and foremost, there is the Endowment Fund, which has grown to about $4 million. Each year, BHEF donates the endowment’s annual return and solicits new pledges and donations to grow the fund. It also offers donors the opportunity to name school facilities. During annual campaigns, board members solicit funds from local businesses and individuals, who can give as much as $100,000 to reach “Valedictorian Level.”

Donors can also give to specialized programs such as performing arts, the robotics team, and Career Creators (Career Technical Education).

During the 2020-2021 year, when all fundraising had to be done virtually, the BHEF received between $25,000 and $99,999 from the City of Beverly Hills and the Harold McAlister Charitable Foundation. The next largest donation, between $5,000 and $9,999, came from Vice Mayor Lili Bosse and her husband Jon.

In addition to numerous athletic, performing arts, co-curricular, science fair, college, and career readiness programs, with the support of BHEF, BHUSD is able to pilot new, innovative programs without an initial financial commitment. Pending the success of these programs, BHUSD then adopts the program financially, allowing BHEF to then pilot a new program. An example of this is the newly hired Instructional Coach. The Instructional Coach will partner with teachers and staff to set goals, identify and model teaching strategies, and provide support and student growth opportunities. They will support all new teachers in the district and continue to support the partnership that BHUSD has with Stanford University for National Board Certification for teachers.

At the beginning of each calendar year, BHEF and BHUSD meet to discuss current programs and new, creative ideas that each school site is eager to implement but unable to due to the financial impact. That is where BHEF steps in.

“As the students integrate back in the fall into the schools, it might be more important now than ever to really work with students to make sure they’re creating avenues of communication to resolve problems, to feel like their voices are heard, to create a space where kids are feeling recognized and encouraged for being good citizens,” former BHEF President Cindy Trost told the Courier.

To establish your own scholarship or donate to BHEF, visit bhef.org. 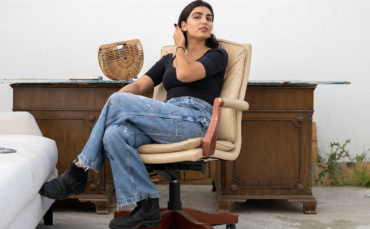