Underneath 50-foot high palm trees, a woman stands in the yellow line in the middle of Canon Drive, posing fetchingly. A man crouches down to take her picture. A car passes by, swerving around them. That was the first take.

For take two, the woman crouches down herself, now at eye-level with the photographer. After he takes her photo, she looks at it and asks for a retake. They try again. Then a third time. More cars swerve around them.

All told, the photographer – a Turkish man calling himself Tutku who runs his own business taking professional photos of tourists at choice spots around Los Angeles – and his customer, a woman from Kenya who asked to remain anonymous, luxuriated in the middle of Canon Drive for at least five minutes.

Various residents who live on the stretch of Canon Drive just north of Beverly Gardens Park told the Courier that they see scenes like this  as often as fifteen times a day, a trend that has accelerated over the past three years. Tourists from all over the world hope to get a photo of themselves in front of towering palm trees, and to get the best angle, they pose in the middle of the street, sometimes staying there for several minutes.

They find their way to this stretch of Canon Drive through various means: its proximity to Beverly Gardens Park, celebrities posting similar photos on social media, and online guides citing the street as one of the best places to photograph near palm trees. What’s more, the street offers a generous amount of free, two-hour curbside parking.

“Every year it gets worse – it’s just out of control,” Canon Drive resident Angela Sassounian told the Courier, noting that she first observed the phenomenon around three years ago. “First they would stand in the middle of the street, and it was fine. They started sitting down on the street and I’m like, OK, this is really dangerous. Then when I see people lying in the middle of the street, and the cars are zooming by and the cars honk at them and they don’t care, it’s really heartbreaking.”

These actions constitute two possible violations of the California Vehicle Code, according to Beverly Hills Police Department Acting Captain Max Subin. Section 21950 (b) states: “Every pedestrian upon a roadway at any point other than within a marked crosswalk or within an unmarked crosswalk at an intersection shall yield the right-of-way to all vehicles upon the roadway so near as to constitute an immediate hazard.”

Meanwhile, CVC Section 21954 (a) states: “No pedestrian may suddenly leave a curb or other place of safety and walk or run into the path of a vehicle that is so close as to constitute an immediate hazard. No pedestrian may unnecessarily stop or delay traffic while in a marked or unmarked crosswalk.”

An online crime mapping service does not list any pedestrian violations in that area.

Sassounian told the Courier that she has seen police cars drive around the visitors while they are in the middle of the street, though other neighbors did not recall seeing that. In general, even though Canon Drive residents told the Courier that they disapprove of the tourists’ actions, they have never called the police or personally asked the tourists to stop. None of the residents said they have contacted their neighbors or city officials to see if additional safety measures, like an on-duty police officer or speed bumps, could be implemented.

Similarly, all the tourists with whom the Courier spoke said that they have never been reprimanded by either police or residents.

Even though the speed limit on Canon Drive is only 25 miles per hour, cars often race by at twice the speed. Although no accidents have yet been reported, one certainly appears within the realm of possibility. In that unfortunate event, there will be enough blame to go around.

Even though visitors are violating a law, drivers nonetheless have a duty to exercise “due care,” according to the California Vehicle Code. “Subdivision (b) does not relieve a driver of a vehicle from the duty of exercising due care for the safety of any pedestrian with any marked crosswalk or within any unmarked crosswalk at an intersection,” reads Section 21950 (d).

“Clearly, if you’re going into the middle of a wide street like that where cars are driving down, you’re doing something negligent or dangerous,” Simon Esfandi, a personal injury attorney with the Compass Law Group of Beverly Hills and Los Angeles, told the Courier. “But no matter what, the DMV requires that a driver driving down the street is always on the lookout for pedestrians or anything else that could be dangerous. You can’t just say, oh that pedestrian shouldn’t be there, so I’m going to keep going. You’ve got to be able to get the brakes, be driving at a reasonable speed, and giving a proper lookout.”

Esfandi told the Courier that it could be more difficult to find the city liable. “If there are safety measures that could be implemented and they are aware of the issue and they didn’t make simple safety measures, then you could potentially hold the city liable,” he said. Esfandi added that as a lifelong Beverly Hills resident he has personally observed the Canon Drive phenomenon many times. “It’s hard to think of what safety measures they could really do. They’re very wide streets there, they’ve already got a low speed limit. The issue is that people speed down those streets a lot. That’s the type of thing where you get an expert to look at how the streets are constructed, and what kind of safety measures could be done, and what the city could have done that it didn’t.”

Under California’s comparative negligence rules, even if the city is found to be just 10% liable, the sum could be “astronomical.” In 2009, for example, the city of Los Angeles paid $4.9 million to a bicyclist who fell over an unguarded curb, rendering him paraplegic.

“Usually we’re guided by what the insurance for the party has and their limits, and you usually max them out when you’ve got such a catastrophic case, but when you’ve got a city entity there’s no insurance limit,” Esfandi said. “The city has very, very deep pockets, especially Beverly Hills. If they were to be found percentage liable and you’ve got a huge earning, it could be very heavy against them.” 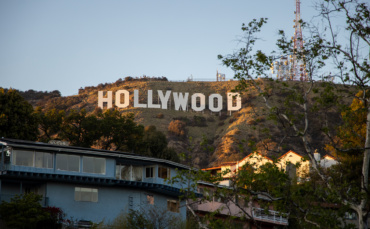 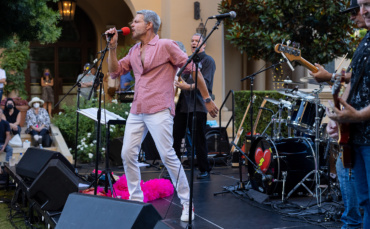 “We have been so eager to perform for a live audience for two years now,” he told the Courier. “Without an audience, there’s no feedback, there’s no energy.”