A lawsuit filed on Aug. 30 accuses the Beverly Hills Police Department (BHPD) and its third highest ranking employee, Captain Scott Dowling, of widespread racial profiling. As a part of a pilot program launched over the summer of 2020, a task force led by Dowling allegedly made 106 arrests, 105 of which were Black people, the suit claims.

The suit filed Monday seeks class action status for “[a]ll African Americans and other individuals with a dark complexion, who were considered ‘Black,’” that were detained or arrested by the Rodeo Drive Team, also referred to as the Rodeo Drive Task Force, without reasonable suspicion or probable cause between March 1, 2020 and July 1, 2021. According to the complaint, the lone non-Black individual arrested by the task force was a dark-skinned Latino man “who looked Black.”

“If implicit bias goes unchecked and discrimination goes unchecked, then it leads to what happened to George Floyd in Minneapolis,” Crump said at a news conference in front of Beverly Hills City Hall.

The case has already attracted the attention of the federal government.

The Rodeo Drive Team was convened in the Summer of 2020, in part as a response to rising reports of crimes in the Business District. In a statement following the press conference, Acting Chief Dominick Rivetti defended the department.

“The women and men of BHPD take an oath to protect human life and enforce the law–regardless of race. Any violation of this pledge is contrary to the values of this department,” he said. “We take all concerns regarding the conduct of our officers very seriously.”

According to Rivetti, within five weeks of its formation, the task force recovered an “unprecedented” 13 loaded firearms from individuals on Rodeo Drive and uncovered “widespread fraudulent use of California unemployment benefits.”

Before the lawsuit was filed, Dowling had already submitted a letter of resignation, effective Oct. 1. In the letter, which the Courier has obtained, Dowling reflects proudly on 37 years in law enforcement, but writes that “[t]he future of policing in this modern society is tenuous.” It makes no reference to the allegations contained in the complaint. On Aug. 31, the day after the case was filed, the city announced the resignation of BHPD Assistant Chief Marc Coopwood.

“I would like to thank Assistant Chief Coopwood for his meaningful contributions and dedicated service to Beverly Hills,” City Manager George Chavez said in a statement. Coopwood leaves the department on Oct. 1 to pursue opportunities in the private sector, according to a press release.

As recently as this April, Coopwood publicly praised the task force at the center of the lawsuit. “We saw last summer, we piloted that Business District team along the Business District corridor. It was hugely successful,” he told the City Council at its April 28 meeting.

Coopwood called for the creation of a permanent team assigned to the area “to really reduce those calls for service and those nuisance related crimes that we see within the business district.” Although the Rodeo Drive Team has been disbanded, the City Council voted on June 24 to prioritize the formulation of a new team tasked with policing the city’s Business District. By that time, the city had already received a governmental claim that included the allegations of racial profiling, according to documents reviewed by the Courier.

Subin told the Courier that the new team has not yet been formed.

The new lawsuit, which seeks class-action status, is brought on behalf of named plaintiffs Jasmine Williams and Khalil White. White told the Courier that during a visit from Pennsylvania, he and his girlfriend Williams picked up the two electric bikes near the SLS Beverly Hills. From there, they rode to Rodeo Drive, where BHPD officers made contact with them.

Though the suit says that the couple “were not violating any laws,” the city currently has a moratorium on ride sharing apps like Bird or Lime. White and Williams told the Courier that they were unaware of the city’s policy. Based on video of the interaction later circulated on social media, at least five officers made contact with them. Prosecutors charged them both with an infraction for riding the bikes and misdemeanor resisting arrest, according to Gage, but a judge dismissed all of the charges.

In his statement, Rivetti said that White and Williams “were warned earlier that day that riding a scooter on the sidewalk in Beverly Hills was prohibited.” Police only arrested them after they committed the same violation later that day.

Crump disputed this point to the Courier, saying, “They may have warned some Black people, but it wasn’t these two Black people.”

The lawsuit points to an ongoing history of racial discrimination by the city’s police department. Among the examples cited is a 1995 civil rights lawsuit, in which the BHPD was accused of stopping Black people without “reasonable suspicion.” The plaintiffs reached a settlement with the city in 2000, requiring the city to form the Human Relations Commission to address issues of racial profiling.

The BHPD has not had a permanent police chief since Spagnoli resigned in the wake of the city’s multi-million-dollar payouts from lawsuits accusing her of racist, homophobic, and anti-semitic remarks and conduct. The resignations of Coopwood and Dowling leave the BHPD with vacancies in two additional top positions. 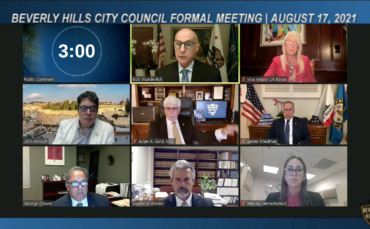 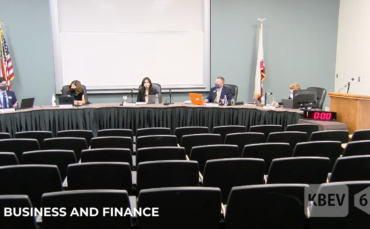 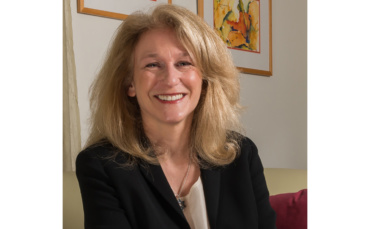