Beverly Hills Unified School District (BHUSD) School Board President Rachelle Marcus has called for an investigation into allegations that Vice President Tristen Walker-Shuman no longer resides in the district. The accusation was made in an anonymous complaint submitted to the Los Angeles District Attorney’s office and other agencies. Walker-Shuman has denied the claims.

An anonymous 21-page complaint shared with the Courier and other news outlets claims that Walker-Shuman moved from California to Pennsylvania around August 2021.

It provides documents that indicate ownership of two properties in Pennsylvania by Walker-Shuman and her husband, David Shuman. It also contains a legal filing granting permission to Shuman to relocate his biological child from California to Pennsylvania.

The Los Angeles District Attorney’s office confirmed receipt of the complaint to the Courier and said that the matter “is under review.” The Public Integrity Division of the District Attorney’s office fields complaints for public agencies, including school boards. The office first conducts a preliminary review to determine whether probable cause exists to believe an offense occurred.

In a statement provided to the Courier, Marcus expressed support for “a full investigation by our BHUSD legal counsel.”

“Each individual Board member as an elected official has a fiduciary responsibility to uphold the law. Personally, I believe that Mrs. Walker-Shuman, as an elected official, must fully address her residency status and be truthful and transparent considering the numerous and detailed allegations contained in the complaint,” Marcus said in a statement.

Walker-Shuman pushed back against the claims, saying that she still lived in the city. “The allegations are simply a political hit job by people who are so bitter, so vindictive and so morally bankrupt that they are perfectly ok using my children, my family, and the most difficult moments of my life as fodder for a smear campaign,” she told the Courier through email.

“From a procedural standpoint, a single Board member (even a Board President) cannot direct counsel, [and] I am hopeful that a majority of the board decides to give direction to district counsel to clarify the definition of residency in the next meeting. I would welcome an opportunity to demonstrate that I fully meet the defined standard for residency of the state of California, and the city of Beverly Hills,” she said.

According to Walker-Shuman, she has moved back into her childhood home. Walker-Shuman provided the Courier with photos of her current State of California Real ID Driver’s License and an absentee ballot. Both list a Beverly Hills address that she confirmed belongs to her mother and stepfather. Citing her privacy, she declined to answer additional questions about her current living situation and whether her child remains enrolled in the district.

A now-familiar split appeared to be forming among the board. Board Member Mary Wells agreed with Marcus’s call for an investigation but told the Courier that she supports appointing independent legal counsel.

“I take the complaint against Board Member Tristen Walker-Shuman very seriously and I will request that the Board seek independent legal counsel to advise of the appropriate next steps,” Wells said. She reiterated a point she made at the April 8 School Board meeting, saying, “Changing the rules to suit individual board members’ interests creates an uncertain environment and the Board cannot operate effectively. I will continue to voice my concerns, point out how the operations of the board are being manipulated for self-interest and to fight for what serves our constituents and our stakeholders as opposed to ourselves.”

While Board Member Noah Margo voiced support for “clarification of the law as it pertains to the residency requirements for elected officials,” he also echoed Walker-Shuman’s claims of political axe grinding.

“As far as I am concerned this is another concerted effort to attack an individual community member and has no merit in addressing educational issues within our district,” he told the Courier. “Where Mrs. Walker-Shuman takes her shoes off some of the time is certainly not one of those issues.”

Board Member Dr. Amanda Stern did not respond to a request for comment.

The complaint points to Government Code 1770, which holds that “[a]n office becomes vacant” once a public officer ceases “to be an inhabitant of the state.”

Marcus could not identify the recourse available to the Board if the allegations against Walker-Shuman bore out. The BHUSD School Board bylaws incorporate provisions from the California Government Code and Penal Code that apply to the removal of public officers.

According to the Government Code, the District Attorney can pursue removal of a board member “for willful or corrupt misconduct in office.” Additionally, the California Penal Code includes a section on “removal from office for violation or neglect of official duty by public officers” at the discretion of the court. 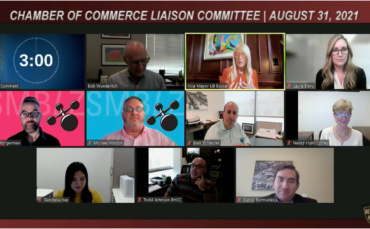 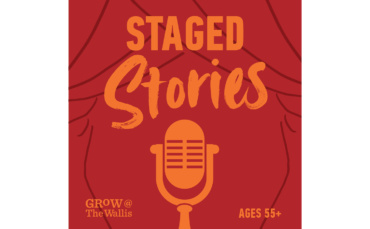 GRoW! at The Wallis Offers Fall Courses for Adults

No prior artistic experience necessary. Oct. 6 through Dec. 22, “Beyond Words” course will be offered, where participants will be taught skills to access and awaken their creativity, build a creative community, and explore creative writing, photography, music, and collage.