The Beverly Hills City Council passed an ordinance at its Sept. 14 meeting that removes the Planning Commission from part of the process in reviewing large scale developments. The change, voted on three to two, makes the City Council the “planning agency” that reviews development agreements between the city and a project for conformance with the city’s general plan. The change follows the occasionally contentious approval process of the historic One Beverly Hills luxury hotel and condominium development in the spring.

As the city’s land use agency, the Commission makes recommendations to the City Council about whether or not to grant requested entitlements for developments. This involves determining whether the project conforms to the city’s general plan. In addition to reviewing all the jargon-rich documents that go into a new project—environmental impact reports, general plan amendments, overlay specific plans—prior to the change, the Commission would also examine development agreements.

A development agreement functions as a contract between the city and the developer that the city will not change pertinent regulations during the term of the agreement and will grant certain entitlements that would otherwise conflict with the city’s codes (excessive height, for instance). In return, the city can exact certain public benefits from the developer.

In an interview with the Courier, Planning Commissioner Peter Ostroff said a more reasoned solution to the awkwardness was simple: “The cure for that is to give us a little information and some time.”

“Who the hell is going to have the time or energy to look at something like that?” he asked.

“We cannot put the Council in a position where we’ve spent maybe months negotiating a deal and then have it up for an opinion from the Planning Commission, which does not have the authority to either negotiate or ratify the deal,” he said. “I think that it makes much more sense for the Council to take responsibility for the development agreement—for the land use, and at the same time, for the general plan consistency. It’s our decision that rests with us.”

Ostroff acknowledged that the Commission’s role does not include judging the merits of development agreements, only their conformance with the general plan. And while he believed he had not opined on the One Beverly Hills agreement, he said if he had, “so what?”

“They’re free to [disagree with the Planning Commission],” he said, “that’s what’s so silly about this.”

In public comments, one resident said that the current process—negotiating the agreement prior to public hearings on the project’s merits—constituted “de facto approval before the Planning Commission holds its public hearings.”

Gohlich said negotiations do not begin after public hearings, but sometime during the process. “The reason for that is in order to provide some level of known quantities for both the City Council and to the developer going through the process, so that if there’s a complete mismatch of what expectations are for deal points, we know that earlier on and don’t get all the way to the very end to find out that there’s no chance of a deal happening,” he explained.

Planning Commissioner Myra Demeter submitted a written comment to the City Council, stating, “The Planning Commission serves as an independent authority providing oversight, ensuring there is a layer of review for consistency with the general plan. Independent oversight is essential if Beverly Hills is to function in a transparent and open way.” 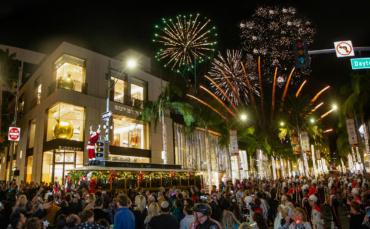 The Council directed staff to explore contingency plans, including options for live streaming the event with enhanced virtual components, masking, and options to ensure the show goes on. 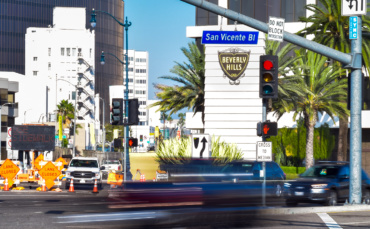