President Bush spoke at the historic Saban Theatre — welcoming a near full capacity crowd to the 1,897-seat venue. Sunday’s disquisition focused on “eight years in the Oval Office, the challenges facing our nation in the 21st century, the power of freedom, the role of faith and other pressing issues.”

Leading the Oval Office from 2001-2009, the gamut of benchmarks under former President Bush included a nuclear treaty with Vladimir Putin, No Child Left Behind’s federal hand in state education, the first presidential election in the 21st century to introduce hotly contested results and the attacks on 9/11.

Touching on “the most significant event of President Bush’s tenure,” the 9/11 attacks on the World Trade Center became a prominent focus of the featured series discussion — on the cusp of a nation grieving the tragedy’s 20th anniversary. Leading up to his visit to Beverly Hills, Bush made an appearance at the Flight 93 National Memorial site in Shanksville, Pennsylvania to deliver a speech on the attacks. Per the Philadelphia Inquirer, President Bush recalled the somber events of 9/11 and even paralleled the dangers of international threats 20 years ago to Americans present at the Capitol on Jan. 6 — a continuation of Bush’s teetering support for the present-day GOP.

“We have seen growing evidence that the dangers to our country can come not only across borders but from violence that gathers within,” said Bush. “There is little cultural overlap between violent extremists abroad and violent extremists at home. But in their disdain for pluralism, in their disregard for human life, in their determination to defile national symbols, they are children of the same foul spirit and it is our continuing duty to confront them.”

The discussion on Sunday also drew some critics.

Reflections on the 9/11 attacks and ensuing military conflict in the Middle East incited a pugnacious critic in attendance. Bush attempted to quell tensions as former Iraq war veteran and political activist Mike Prysner shouted epithets from across the venue — drawing scattered boos from the crowd and security to escort the man out of the venue.

Representing the organization A.N.S.W.E.R. Coalition, a vehemently anti-war alliance, Prysner joined tens of protesters that gathered outside of Saban Theatre on Sunday. Anticipating the event, the group shared a strongly worded message on Twitter to rile up support:

“War Criminal and former President George W Bush is scheduled to speak in LA & LB on 9/19 and 9/20 as part of the Distinguished Speaker Series of Southern California. His presence is unwelcome and his characterization as ‘distinguished’ is laughable. ARREST BUSH NOW!”

In addition to Beverly Hills, Bush make a speaking appearance in Long Beach on Sept. 20. 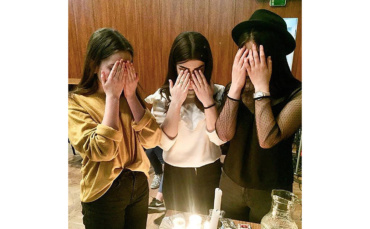 Avram Mandell, Executive Director and Founder of Tzedek America, noted the importance of the Reimagine Grant to the organization’s Racial Justice Experience project. 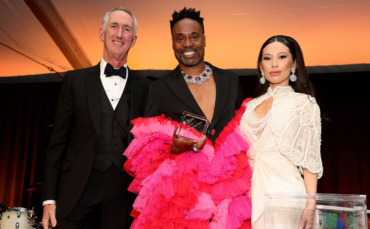 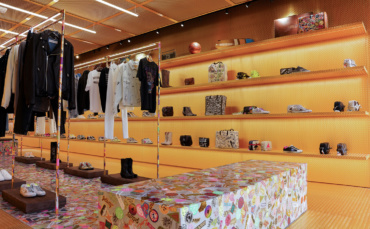