The fair will run from Feb. 17-20 in a tent on the former Robinsons-May lot across from the Beverly Hilton.

“The City of Beverly Hills has a time honored tradition of engaging and recognizing incredible creative and artistic endeavors,” said Frieze curator and spokesperson Christine Messineo at a Nov. 2 City Council meeting.

The Frieze art fair, an event launched by the founders of frieze magazine, began in London in 2003. The fair moved across the pond to New York City’s Randall’s Island in 2012. Frieze made it to Tinseltown in 2019 for a four day run on the Paramount Studios backlot. After delaying the second L.A. fair once, organizers scrapped plans for 2021 altogether on account of COVID-19 concerns.

In addition to the main art tent located on the future site of One Beverly Hills, Frieze will utilize spaces across the city. Frieze Sculpture will make its west coast debut with a temporary sculpture park in Beverly Gardens Park and along the Rodeo Drive median. The so-called Frieze Sculpture Beverly Hills, which would include 10 to 15 pieces, would open in February along with the fair and would be free and accessible to the public during Frieze Week. The sculptures would remain in the park for approximately three months.

The city will launch the Arts and Culture Commission’s Docent Program alongside Frieze Sculpture Beverly Hills, highlighting the city’s own permanent collection of sculptures. This includes works by Ai Wei Wei, Yayoi Kasuma, Mr. Brainwash, and others.

Frieze would also use Greystone Mansion for two dance performances, which Frieze would fund itself. Messineo said that they would increase the capacity of the mansion from 100 to 200 attendees, promising that 50% of tickets would be available to the general public. Messineo told the Council that Beverly Hills residents would receive priority ticketing to the event. The other half of attendees would consist of guests invited specifically by Frieze.

The fair’s new location comes as no surprise. Talent agency William Morris Endeavor, the majority owner of Frieze since 2016, is headquartered in Beverly Hills on Wilshire Boulevard.

Frieze organizers have asked the city to waive more than $73,000 in fees for the use of public facilities, including Beverly Gardens Park and Greystone Mansion. Frieze has also requested the use of the Beverly Hills trolley to shepherd visitors from parking garages to the fair’s various locations.

“I think if the ask is of Beverly Hills, then obviously, we should get more recognition for that,” said Councilmember Lester Friedman at the Oct. 26 Study Session. “The fact that the event is going on in Beverly Hills primarily and the waiver of costs is being asked of Beverly Hills, I think that’s something that needs to be considered.”

Representatives for Frieze seemed to balk at the prospect at the time. “I think that this is part of the larger conversation that we weren’t totally prepared for, to be honest, that there would be an ask around a name change,” Messineo said at the meeting.

But after reaching a compromise on the branding with the city, the council members were more superlative in their support. “I think that the value that is brought by the art that’s going to be displayed in our community far outweighs whatever waiver of costs that the organization is asking for,” Friedman said.

Many details of the fair have yet to be worked out. The Council expressed concerns about relying on the trolley as the only source of transportation.

Todd Johnson, CEO and President of the Beverly Hills Chamber of Commerce, wrote in to the Nov. 2 hearing to express support for the fair. “This event and associated city programming art and performance events presents a great opportunity to showcase the city and drive business and revenue to our community,” he wrote.

While Frieze has not yet announced ticket prices for the event, Councilmember John Mirisch had previously inquired into the possibility of offering Beverly Hills residents a discounted rate. Messineo told the Council that Frieze could not agree to the proposal at this time. She said tickets will likely go on sale at the end of November or the beginning of December.

Vice Mayor Lili Bosse asked whether Frieze would be interested in returning to Beverly Hills “next year and the years to come.”

“We would be very interested in continuing a partnership with Beverly Hills,” Messineo said. 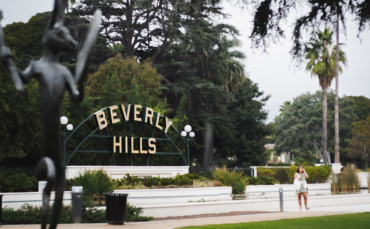 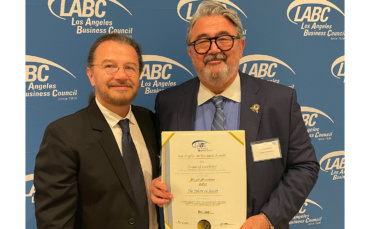 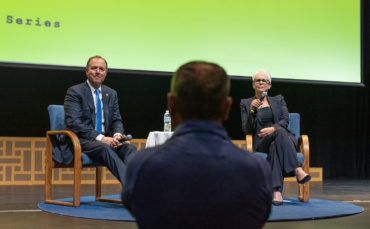 The representative, whose district stretches from part of West Hollywood to Pasadena, played a pivotal role in the opposition to President Donald Trump, leading the prosecution in Trump’s first impeachment trial.