McLeod said that the collection is currently for sale, though she would not disclose the price. Visitors must show proof of vaccination and are required to wear a mask.

For the first time since 1985, a series of large-scale photographs by icon Richard Avedon appear together publicly at the Gagosian Beverly Hills from Nov. 4 to Dec. 18. Avedon, one of the most prominent photographers of the 20th Century, created the iconic images over a five year period starting in 1978 for his series “In the American West.” The resulting project became one of his career defining works.

“In looking back over Avedon’s career, which is storied and broad, from fashion photography, to civil rights photography, to documenting New York City life to the great American West, this turns out to be his greatest achievement,” Deborah McLeod, senior director at the Gagosian told the Courier.

Out of the 125 images chosen for the series, Avedon selected 10 that he felt best represented its spirit, according to McLeod. He then printed those 10 at an enormous scale that required piecing together two sheets of photographic paper. The prints stand nearly 7 feet tall, a scale meant to emphasize the humanity of the subjects.

The 10 portraits occupy the two rooms of the Gagosian’s vaulted showroom. At their scale, they are quite literally larger than life. The shallow depth of field of the camera places their eyes in sharp focus as they stare directly at the camera, and by extension, the viewer. The stunning clarity of the photos renders legible details like the peach fuzz on the lip of a 14-year-old and the reflection of Avedon’s camera in his subject’s eyes.

McLeod said that the collection is currently for sale, though she would not disclose the price. Visitors must show proof of vaccination and are required to wear a mask.

Avedon’s work documented some of the most prominent figures of his time with his idiosyncratically minimalist portraiture. In his life, he shot celebrities like Marilyn Monroe and The Beatles, public figures like President Dwight D. Eisenhower and Malcolm X, and artists like Allen Ginsberg and Andy Warhol.

For his work capturing the American West, even as he continued to photograph celebrities, politicians, and cultural luminaries, he took stints traveling through 21 western states to photograph subjects otherwise considered minor—at least from the perspective of New York high society. Among his subjects, he photographed butchers, carnies, drifters, oil rig workers, and coal miners.

Avedon poured himself into the task, hauling an 8 x 10 Deardorff field camera across the country (with assistance, of course), shooting 17,000 sheets of film of over 1,000 people. The original exhibition narrowed down the work product to 125 images, which identified the subjects by their name, profession, and the location and date of the shoot.

“There’s just nothing like them,” McLeod said. “He didn’t edit his subjects on site. In other words, he didn’t put oil on the guy in his overalls to make it look like he was on an oil rig, or add charcoal to someone’s face who was a coal miner.”

Though popularly received, the collection has fielded criticism in certain artistic circles. Art critic Max Kozloff accused Avedon of portraying an exoticized vision of the West—“a myth based on geographical desolation, rather than engagement with any real society.”

But Avedon himself, in the forward to “In the American West,” admitted to the limitations of portraiture in revealing something about a subject, famously writing, “All photographs are accurate. None of them is the truth.” 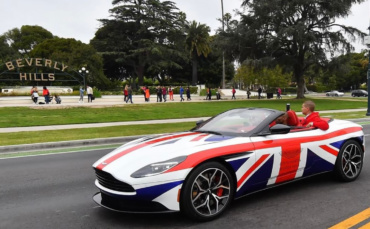 “We’re all about supporting the community and hosting engaging car events, and this is definitely one we're really excited about,” Michael Bodell, Chief Operating Officer of the Petersen Automotive Museum, told the Courier.

“The City Council could also consider adopting objective standards that do not physically preclude development of two 800 square foot units on lots in the city,” Gohlich said. 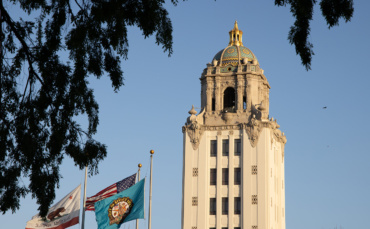 The City of Beverly Hills is suing a YouTube video creator and a promoter for at least $200,000 to compensate the city for police and administrative costs associated with a spring parade that caused the temporary closing of Rodeo Drive.