“It’s a roasted turkey breast and we’re using a light poultry gravy that’s adjusted for calories and salt content, but it’s still good nonetheless. And then we have a roasted vegetable we’re serving on the side, and then peas with roasted pearl onions,” Gordon said.

While the holiday season typically brings a wave of giving, charitable organizations face a heightened moment of need exacerbated by the pandemic this year.

For Thanksgiving, around 200 volunteers with Project Angel Food gave out 2,000 hot turkey dinners to critically ill patients and their caregivers throughout the county. Around 10% of Project Angel Food’s clients live on the Westside of Los Angeles in and around Beverly Hills. The food delivery and nutritional counseling non-profit, which feeds more than 2,400 people a day, saw unprecedented growth over the course of the pandemic.

On Monday of this week, the Courier met with Project Angel Food’s Executive Chef John Gordon at the organization’s kitchen in Hollywood. Gordon described the Thanksgiving dinner menu in the works for clients.

“It’s a roasted turkey breast and we’re using a light poultry gravy that’s adjusted for calories and salt content, but it’s still good nonetheless. And then we have a roasted vegetable we’re serving on the side, and then peas with roasted pearl onions,” Gordon said.

The meal also included sides of stuffing and Cumberland cranberry sauce from a recipe of the former head chef, Chef Derbeh. Project Angel food also offered a vegetarian option consisting of a butternut squash ravioli with an herb butter sauce. For dessert, they offered pumpkin cheesecake.

In addition to the growing pains incurred by the 54% rise in daily client meals over the pandemic, the kitchen has had to contend with the same supply chain issues faced by businesses across the country. With the USDA reporting that turkey inventories are 24% below the 3-year average, Gordon had to locate enough turkeys to accommodate the rising demand.

Other organizations in Los Angeles have noted the same surge in need since the pandemic. The Los Angeles Regional Food Bank reported a 110% increase in food distribution compared to pre-pandemic levels. That translates to 274 million pounds of food, 224 million meals, at a value greater than $400 million since March 2020.

Not all operations could expand their footprints during the pandemic. All Saints’ Episcopal Church in Beverly Hills closed in-person services for over a year following the outbreak in March 2020. This also meant a halt for the church’s weekly outreach program, The Monday Meal. The program began in 1992 to provide food to people suffering from HIV/AIDS and matured into a weekly meal for houseless and food insecure people, serving hundreds of people each week.

This Monday, the program was revived after 20 months of dormancy.

“There were people that I hadn’t seen since March of 2020,” Lonnie Hinckley, chair of The Monday Meal told the Courier. “The grace that comes with being able to serve is so profound.”

Dorian Kracht, who started coming to The Monday Meal 10 years ago when he struggled with housing, said that it was “devastating” when the program shut down last March. “It was actually one of the best meals on the Westside,” he said. “I come in from Hollywood. So, for me, it is also a pilgrimage.”

But he kept coming back to All Saints’ not for the quality of the food, but for the “social aspect,” he told the Courier. Kracht could find food elsewhere, but the connections he formed and fostered at the weekly gathering vanished with the program. The Nov. 22 Monday Meal gave him a chance to reconnect with friends that he had not seen for nearly 2 years.

Church officials hope to resume a full-scale return of the program in January. 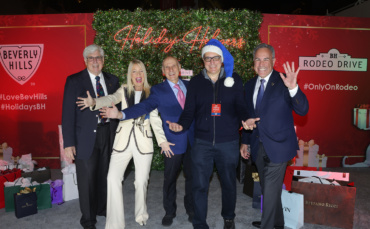 “Are you ready to add even more glow to our evening?” Mayor Robert Wunderlich called out to the throngs of people before he and the City Council ceremonially “turned on” the lights along the street. 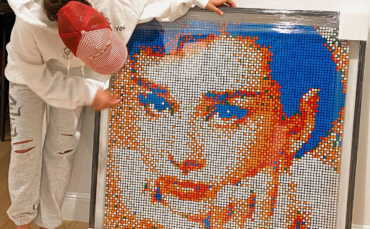 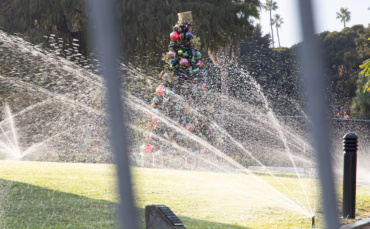 The Beverly Hills City Council confronted the dire water situation facing California and the city at a Nov. 16 meeting.