The Learning Garden at Castle Heights Elementary School fell into disrepair during the COVID-19 pandemic, but one local teen took action and brought the garden back to life. Sixteen-year-old Boy Scout Eric Cacavas of Beverly Hills Troop 110 took on the challenge as part of his path to becoming an Eagle Scout, but the task ahead of the teenager was no small one.

Other Scouts before Eric had considered the project but thought it would be too difficult. Still others had tried and failed. Eric got it done.

“The project in the past has been sort of left aside because people decided it was too hard or they just gave up on it,” Eric told the Courier. “One Scout was shut down due to COVID. So I just decided to pick it up where it was left off.”

The garden is made up of raised planters and has been used to teach elementary schoolers about plants, food production and gardening for more than 10 years. The planters had seen better days even before the pandemic, Eric told the Courier, but since March 2020, the aging planters had deteriorated sharply.

“COVID was just the straw that broke the camel’s back for the garden,” Eric said. After a lot of research online about how to build them and with a little help from his parents, Eric designed new planters through trial and error in his garage.

“[My mom] was really big in helping figure out the logistical part of it,” Eric said. “Figuring out the physical dimensions took a really long time, because the people who built them before just sort of slapped them together, so we had to put a lot of work into making sure they were built right. I’ve got to give props to my mom for that.”

The garden planters are now designed to last 30 years and are built so each component can be replaced easily if they are damaged. Eric’s dad also pitched in as driver and power tool supervisor during the construction.

Before beginning work on the garden, Eric first approached the school’s principal to get permission, then he went to Lowe’s hardware store and secured discounts for the materials. He also convinced Ciccero’s Pizza to provide discounts on food to feed his fellow Boy Scouts while they worked.

“I had some friends from the past who had Eagled-out and I just asked them to show up,” Eric said. Eagling-out means a Scout leaves because they are over 18 years old. “It was people in college who just happened to be home for the holiday. So I invited them down and it was just a lot of fun seeing old friends.”

After months of planning and designing the new planters, Eric led more than 20 Boy Scouts and former Scouts over the Thanksgiving break. They whipped the garden into shape. Using redwood lumber, rebar and concrete bricks, the Scouts completed the four 8-by-3.3-foot planters in just a few hours.

“Yesterday, while most of us were enjoying the second weekend of our much needed

break, an ambitious group of Boy Scouts, led by Eric Cacavas, dedicated their Saturday to cleaning and rebuilding our Learning Garden,” said Castle Heights Principal Linda Beck in an email newsletter Nov. 28. “Weeds were removed, four of the older raised planters were dismantled, new planters were assembled and installed and fresh potting soil added. The new structure will provide a learning space for our students for years to come. What a gift for our second and third grade students who will visit the garden during the second semester.”

Through his work on the garden, Eric completed his capstone leadership project needed to become an Eagle Scout, the highest rank in the Boy Scouts of America. To rise to the rank of Eagle, Scouts must hold the next highest rank, Life Scout, for six months. They also have to earn a minimum of 21 merit badges, demonstrate “Scout Spirit,” and demonstrate leadership within their troop, crew or ship. Since the inception of Boy Scouts of America, 2.5 million youths have earned the rank of Eagle Scout. This only represents about 4% of all the total Scouts in that time. Eric told the Courier he only has a few more merit badges to go. 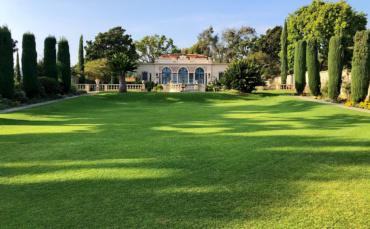 “I understand that there is a desire to give more people access to the beauty and the history of Virginia Robinson Gardens and a house which is a treasure,” said Councilmember John Mirisch. “But parties, events, commercial uses  — that's really going overboard.” 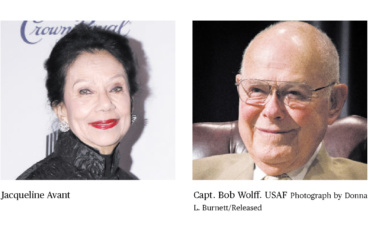 “I don't really feel like a big hero. I just did what I had to do. That's all,” said Wolff, who recently celebrated his 100th birthday.