For 10 days this month, a seemingly typical electronic traffic sign perplexed and confused westbound passersby on South Santa Monica Boulevard and Charleville Boulevard. Instead of messages advising motorists and pedestrians of construction or traffic, the Variable Message Sign was populated with provocative words by renowned American conceptual artist and painter, Mel Bochner. Hoping to provide an unexpected disruption, Bochner’s public sculpture titled “Street Sign” cycled through five short satirical phrases: “talk is cheap,” “blah blah blah,” “it could be worse,” “hahaha,” and “nothing ever changes.”

The sculpture was on display in tandem with the Bochner exhibit, “DO I HAVE TO DRAW YOU A PICTURE?” at the adjacent Marc Selwyn Fine Art gallery. The show includes Bochner’s recent oil on velvet paint- ings that incorporate the phrases illuminated on the sign outside.

“Every reaction that you can imagine, we had,” gallery owner Marc Selwyn told the Courier about the public sculpture. “We’ve had people try to take it down because they thought it was sabotage. There was somebody who was trying to unplug it, we had people taking selfies, people laughing, and people perplexed. A lot of people don’t understand it, and that’s the way the artist wanted it.”

Bochner is famous for his paintings that incorporate phrases, particularly “blah blah blah,” which he began experimenting with in 2008.

The ongoing exhibit features 10 works of oil on velvet with viscous, multicolored letters that spell out phrases on a porous velvet background. According to Selwyn, many of the pieces have already been sold. “Once people see ‘blah blah blah’ those familiar know right away it’s Mel Bochner and come in,” Selwyn said. Depending on the size and medium, Bochner’s pieces have sold for hundreds of thousands of dollars.

Bochner’s pieces vary in color scheme, phrases, and word placement, continuing his exploration of language in painting, and painting as a language. The paintings include an array of language, from “all or nothing” to “bozo” and “a rat’s ass.” “I don’t consider them concrete poetry,” Bochner said in a Jan. 16 Zoom call hosted by the gallery. “I consider them drawings. I consider them portraits.”

Selwyn noted that “most people know our gallery as kind of a zen temple where we have a lot of minimal conceptual art and very quiet, kind of zen shows.” He added, “This is a real cacophony of language and color, and it’s kind of atypical of what you normally see at the gallery…you walk in and it’s just a burst of color.”

Born in 1940, Bochner received his Bachelor’s in Fine Art from Carnegie Institute of Technology in 1962 and received an honorary Doctor of Fine Arts in 2005. His work appears in the collections of prom- inent galleries around the world including the Museum of Modern Art, the Whitney Museum of American Art, the Art Institute of Chicago, the Tate Modern in London, the Centre Georges Pompidou in Paris, and more.

Bochner’s recent solo museum exhibi- tions include The Jewish Museum in New York in 2014, Haus der Kunst in Munich, and the National Gallery of Art in Washington, D.C. In 2018, Bochner was included in the 57th edition of Carnegie International, the oldest North American exhibition of contemporary art from around the globe, at the Carnegie Museum of Art in Pittsburgh.

“DO I HAVE TO DRAW YOU A PICTURE?” is at the Marc Selwyn Fine Art gallery through Feb. 26. 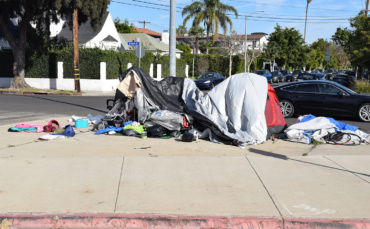 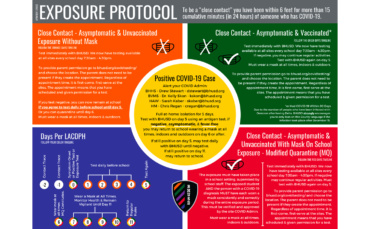 On Jan. 25, the Beverly Hills Unified School District (BHUSD) Board of Education held a special COVID-19 Study Session after a host of parents voiced frustration last week regarding mask mandates at school and other safety measures.