The Recreation and Parks Commission held its first meeting of the year on Jan. 25, in which commissioners heard updates from new Beverly Hills Police Department (BHPD) Police Chief Mark Stainbrook on a recent armed robbery that took place just outside of Roxbury Park.

The Recreation and Parks Commission held its first meeting of the year on Jan. 25, in which commissioners heard updates from new Beverly Hills Police Department (BHPD) Police Chief Mark Stainbrook on a recent armed robbery that took place just outside of Roxbury Park. Recreation and Parks staff announced a timeline of one to two weeks for the return of some COVID-delayed programs, including the farmer’s market petting zoo. Finally, the commission reviewed the progress on numerous improvement projects, including the playgrounds at Coldwater Canyon Park and Roxbury Park.

The commission had the opportunity to belatedly meet Chief Stainbrook, whose whirlwind start on the job delayed many of the introductory meetings typical of a new police chief.

Vice Chair Myra Lurie brought up the recent armed robbery of a watch near Roxbury Park and asked Stainbrook why no alert had gone out through the communications service Nixle. “I was just wondering if there’s been any modification in our policy or what we normally do in order to inform people of situations that we want them to be aware of,” she said.

Stainbrook explained that he was “doing a lot reevaluating” of how, when, and in what format to best communicate with the community.

He added that, in the specific case of the Roxbury robbery, “it didn’t really present a threat or ongoing issue.” After the two suspects took the victim’s watch and cellphone at gunpoint, they fled the city in a white Chevy sedan.

“Certainly, when we’re dealing with an active situation, no matter what it is, we’re going to inform the public of what we would like them to do. Is it evacuate, is it stay locked in their houses, is it call us if they see somebody suspicious in their backyard?” he said.

Stainbrook cautioned that the information that spreads quickly across social media channels in the wake of incidents may be wrong or incomplete.

“What I find usually happens is information goes quickly out on Citizen or it goes out on these chat groups, maybe on WhatsApp or some other format, and it’s not exactly correct. But even we don’t have all the exact information yet—it’s being funneled from the officers in the field, through the watch commander, to the command staff,” Stainbrook explained. All this adds to the “time delay,” but is essential for ensuring accurate information, he said.

“What I want to do is to figure out how we get the best and most timely information out to the community and [in] what format,” Stainbrook said, though he did not offer specifics. “Because we know that if we don’t, then somebody else will and it might not be the correct information.”

The commission also heard updates on the impact of COVID-19 on Recreation and Parks programming. With coronavirus infections skyrocketing in the beginning of January, the city had to revert its preschool program to a virtual mode for the Jan. 10 start of the winter session. Assistant Director of Community Services Patty Acuna announced that preschools would reopen for in-person services on Feb. 1 with “a new testing protocol for both our teachers and our students.”

Similarly, programming for seniors was pushed back until February. Acuna said that the city would start bringing back senior programming on a limited basis.

The Beverly Hills Public Library still does not allow for indoor access but will begin to reopen in the next week or two, Acuna said. The city’s adult basketball winter league was canceled due to the omicron variant, but Acuna reassured would-be ballers that the department would offer an extended spring-summer season.

Children can also look forward to the return of the farmer’s market petting zoo— another casualty of the viral surge — in the next week or two, Acuna said.

Finally, Recreation and Parks staff presented the commission with updates on park improvement projects for fiscal year 2021-2022. In the first week of November, the city resealed the rubberized playground surface, called Poured-in-Place, at Coldwater Canyon Park for $13,000. Then, with classes at the La Cienega Park Community Center on hold due to COVID-19, the city replaced the dance room floor at the cost of roughly $19,000.

The city engaged in a more drastic facelift for the Roxbury Park playground, the surface of which required a total replacement. The project was completed in December with a final price tag of $237,000, although the city has the chance to recoup the entire cost through a grant.

The city also resurfaced the tennis courts at Roxbury Park. Due to weather delays, the project was not completed until Jan. 21 at a cost of $26,000. 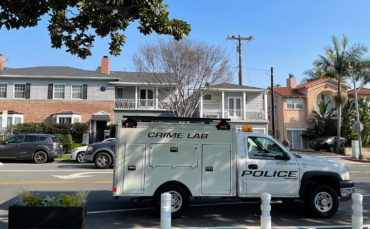 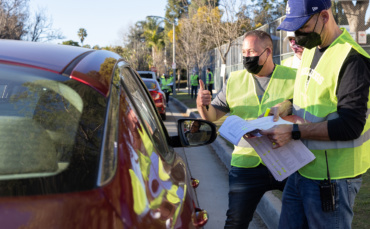 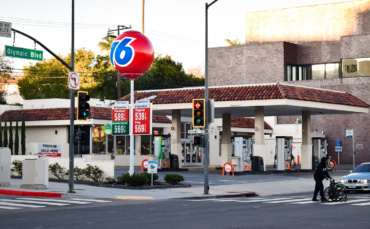