Supporters of Ukraine rallied in Westwood in front of Sen. Dianne Feinstein’s office over the weekend, gathering by the hundreds to denounce the Russian invasion and call on the international community for aid. With over 100,000 Ukrainian-Americans settled in California, according to the U.S. Census Bureau, many of the protesters came with personal connections to the conflict and real stakes should Russia prevail.

“Tonight, my mom is sleeping in a bathtub,” said Natasha, whose parents live in the northeast of the country, where nearby shelling shakes their apartment building.

Neither Natasha nor her parents thought it would come to this, with her parents opting to remain in Ukraine even as President Vladimir Putin saber rattled and amassed nearly 200,000 troops on the border. She even joked with her mom and dad that they would rather face a Russian invasion than see their grandchildren.

Now, Natasha worries if her children will see Ukraine or their grandparents ever again. 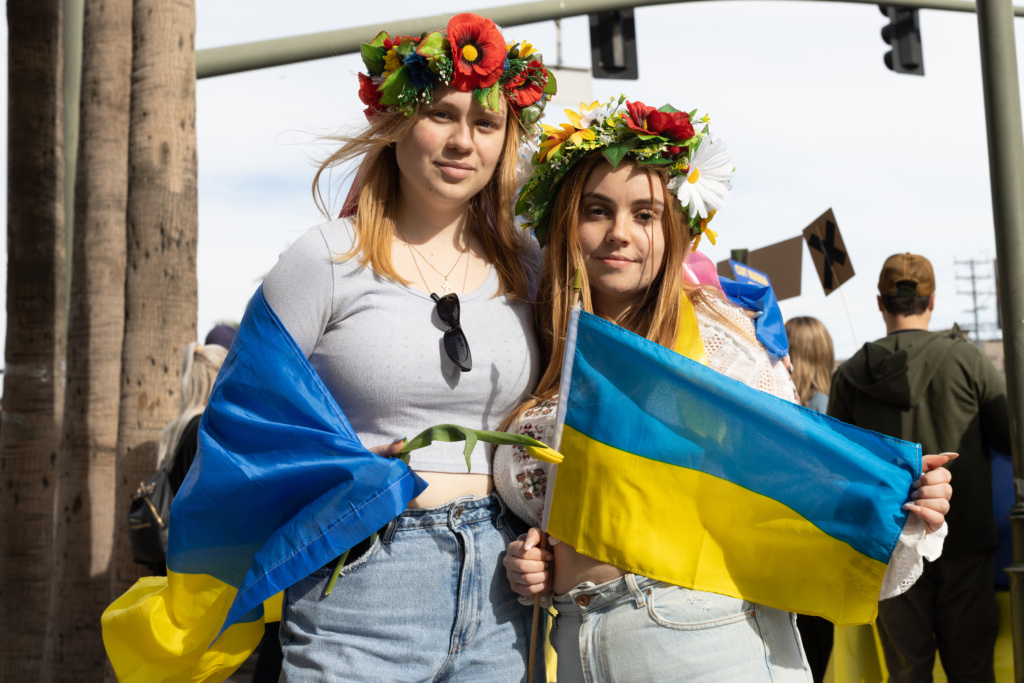 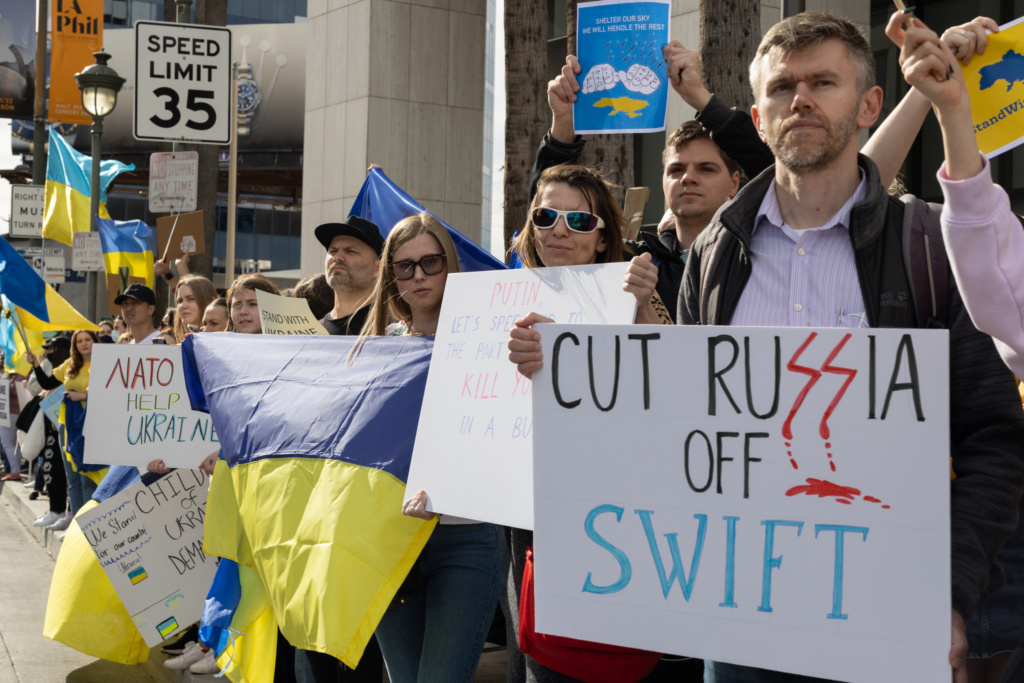 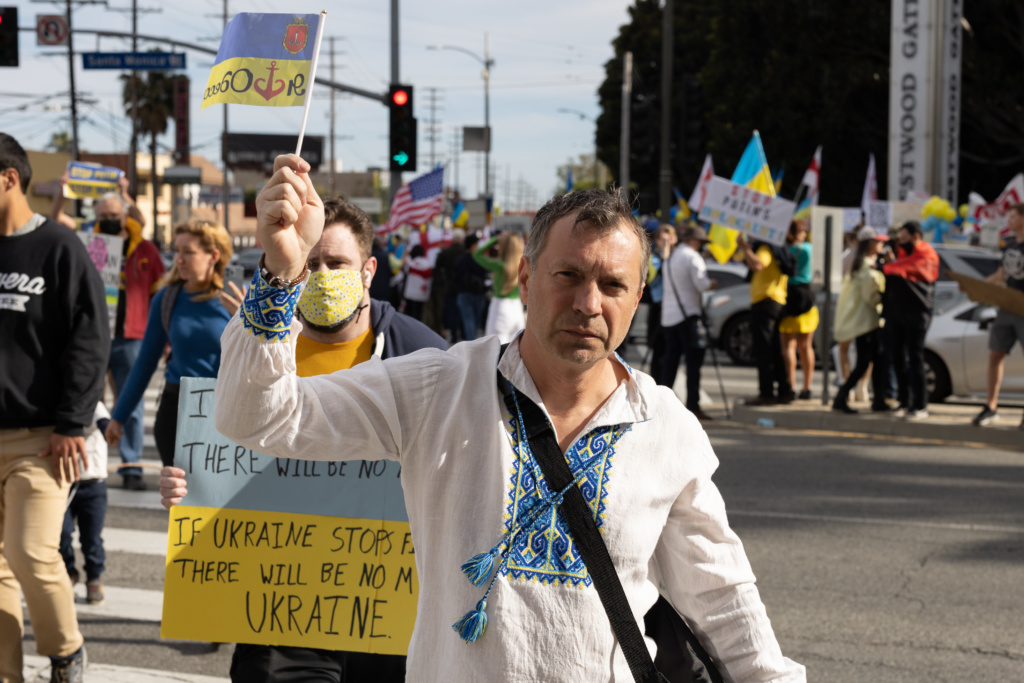 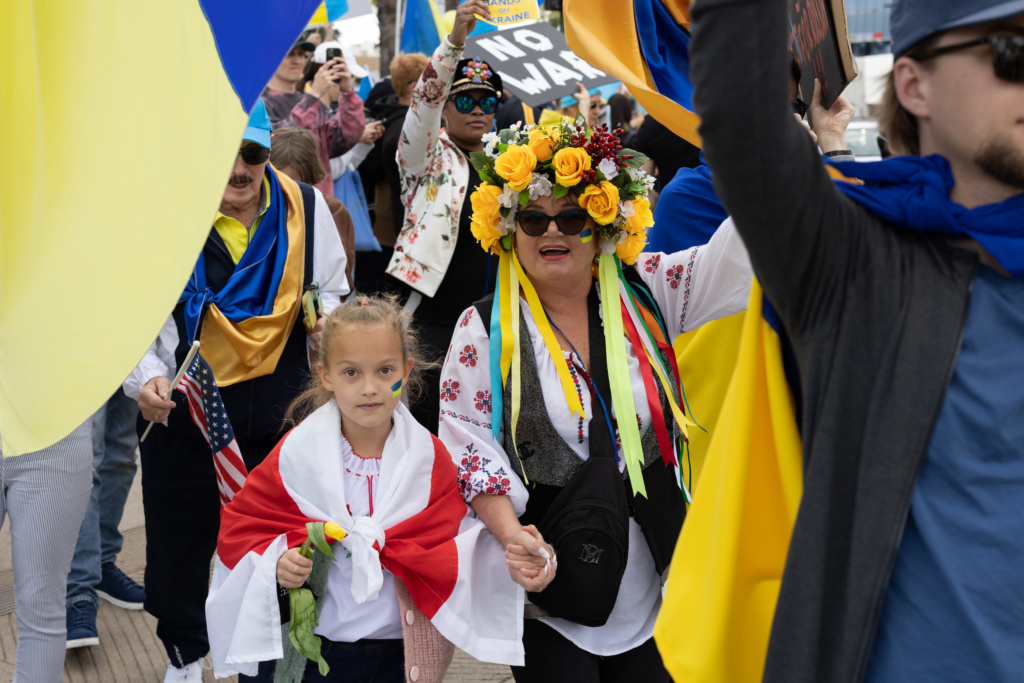 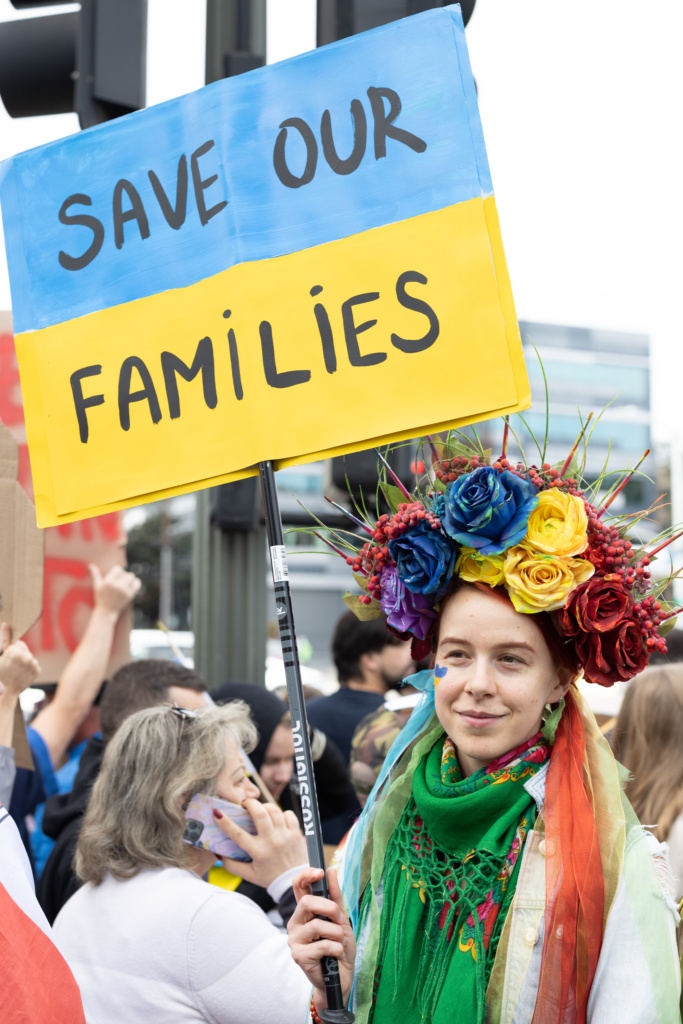 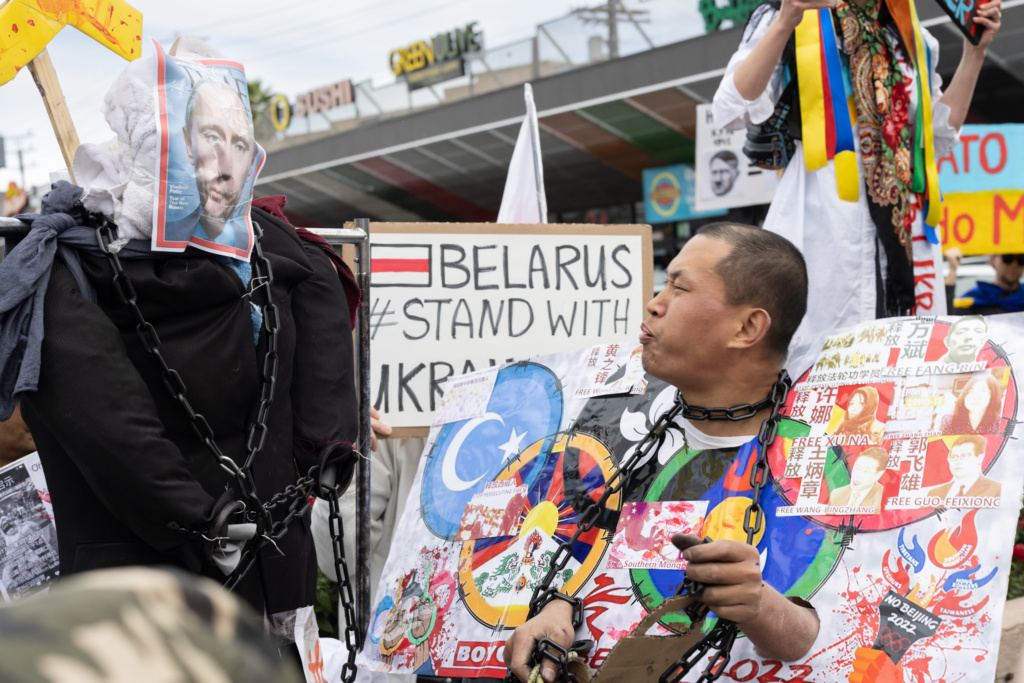