Hudnut had originally informed the City Council in a letter dated March 3 that he would resign effective as of “May 15 or upon completion of the LVMH/Cheval Blanc proceedings currently before the Commission, whichever comes first.”

Hudnut later revised the time frame in a second March 3 letter to the Council. The second letter noted, “In view of the potential for the Cheval Blanc approval process to go beyond the middle of May, I hereby request that my resignation from the Planning Commission coincide with the end of my term on June 30, 2022, at which time I will not seek reappointment. I would be derelict in my duty if I were to depart the Commission before resolving the Cheval Blanc proposal, given its importance to the city.”

Hudnut noted, “The proposed timing has the added benefit of giving the City Council and Planning Commission more time to consider the BHPC’s next Chair and appointment of a new Commissioner to fill the impending vacancy.”

Hudnut cites his appointment by Governor Newsom to the California Horse Racing Board as the reason he must leave his Commission post.

“The work of the CHRB is voluminous and time-consuming. It meets on Thursdays, as does the BHPC, making it impossible for me to serve both. Further, the travel required by service on the CHRB will take me away from Beverly Hills and make me less attuned to local affairs than a Planning Commissioner should be,” said Hudnut.

Hudnut was appointed to the Planning Commission in October of 2020. Prior to that, his illustrious career included 26 years as the head of first Harvard and later Harvard Westlake School.

“Serving on the Beverly Hills Planning Commission has been a distinct privilege. I have made friends, learned a lot, and, I hope, accomplished some good in the process. I will be forever grateful to the City Council for having appointed me,” Hudnut’s letter to the Council said.

Although Hudnut’s first term expires in June, his tenure on the Planning Commission had been expected to last significantly longer. That is because Commissioners may be (and typically are) reappointed for a second term of up to four years at the discretion of the City Council after their initial two-year term expires.

When reached by the Courier, Hudnut described his service as an “honor and a pleasure.”

He added, “I have enjoyed my fellow commissioners and the department’s staff — they’re all dedicated and smart.”

“Tom is one of the smartest, hardest working people I have ever had the pleasure of working with,” Licht told the Courier. “The good news is, I won’t have to consult my dictionary quite as often.” 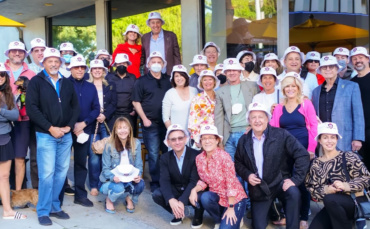 Attention all candidates. Now that election season is in full swing, the Courier would like to keep readers informed about campaign events in a new feature entitled “Campaign Corner.” 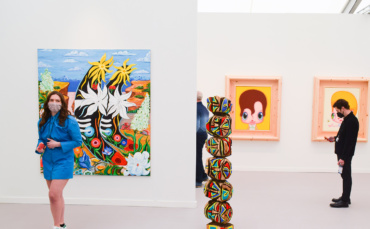