A third defendant was sentenced to five years in federal prison on Feb. 28 in connection with a 2021 robbery and shooting incident at Il Pastaio restaurant on Canon Drive.

A third defendant was sentenced to five years in federal prison on Feb. 28 in connection with a 2021 robbery and shooting incident at Il Pastaio restaurant on Canon Drive. Los Angeles resident, Marquise A. Gardon, 41,

pleaded guilty in September to conspiracy to interfere with commerce by robbery and using a firearm in a crime of violence, according to the U.S. Attorney’s Office.

During a previous hearing, Walter called the crime “outrageous and unacceptable.” He said these types of brazen robberies are becoming more common and added that a crime where someone could have lost their life, as in this case, requires a heavy sentence that “promotes respect for the law.”

The shooting took place when the robbers held Beverly Hills jeweler Shay Belhassen at gunpoint in the restaurant’s outdoor dining area around 2 p.m. on March 4, 2021. A struggle ensued between the robbers and their victim as the robbers stole his $500,000 Richard Mille wristwatch. Two shots were fired in the skirmish and one of the bullets struck a bystander in the leg. The shooting victim was another restaurant patron. No life-threatening injuries were reported.

Surveillance footage showed Gardon moving out of the back seat of the robbers’ getaway car to get behind the wheel just prior to the robbery. His phone was also tracked near the restaurant at the time of the robbery, officials said.

“The three defendants each of whom is a documented member of the Rollin’ 30s Crips street gang drove to Beverly Hills on the afternoon of March 4 to commit an armed robbery,” said the Department of Justice (DOJ) in a statement.

Federal Prosecutors said in a sentencing memorandum that because a gun was held to the victim’s head and someone was shot, the crime is “especially troubling,” and likely created long-lasting trauma for the victims.

Beverly Hills Police Department (BHPD) responded to a 911 call reporting the shots fired on the day of the incident. BHPD arrived on the scene “within 90 seconds” and tended to the shooting victim until Beverly Hills Fire Department Paramedics arrived. Paramedics treated the victim at the scene who was later transported to the hospital by ambulance.

BHPD later worked with the FBI to identify and arrest the three defendants. Police zeroed in on their suspects by tracking the black BMW used in the crime and connecting it to Powell as the vehicle owner. Powell posted photos online of himself wearing the stolen watch, strengthening federal prosecutors’ case against him. Powell’s social media accounts also contained images of various guns and high-value wristwatches, authorities said.

Blood found on Belhassen’s clothing following the struggle was matched to McGhee’s DNA, according to court documents.

Two other unidentified suspects are believed to be co-conspirators in the crime as surveillance footage showed five people who officials believed to be “scouting” the area for potential victims to target just before the shooting occurred. The watch has not yet been recovered, according to the DOJ. 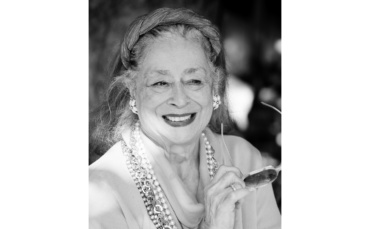 From Beverly Hills to Bakersfield Museum of Art

On her patio under the dappled shade of a giant magnolia tree, Joan Agajanian Quinn sits before a spread of dainty egg salad tea sandwiches and ruby red grapefruit wedges that glisten like gemstones.