The city is looking into building affordable housing on city-owned property and city staff have identified several sites where affordable housing could potentially be constructed. At this early stage, the city is in the process of drafting a Request for Proposal (RFP), a document that will open the project up to developers who will submit proposals in hopes of winning the building contract from the city. The RFP also gives project guidelines for developers as they draft proposals. Any of the potential sites identified by city staff are on the table and the developers are being asked to include their choice of site in their individual proposals. The RFP phase of the program will last three to four months, according to staff.

“Great to see you all back in chambers, long awaited,” said Beverly Hills Renters Alliance founder Mark Elliot during the session’s public comment period. “I hope this RFP is only the beginning of an ongoing affordable housing program with the city as a partner.”

The Council agreed that any city-sponsored affordable housing should offer priority access to seniors and existing Beverly Hills residents. Vice Mayor Lili Bosse and Councilmember John Mirisch both urged the city to move quickly to develop an affordable housing program.

“I think the most pressing need is so that our seniors can age in place,” said Mirisch. “I think that this is something that we have unfortunately been dragging our feet on. I would like to see us move forward in a very expeditious fashion.”

“We will get something done,” Bosse said.

The issue of government transparency was raised during the discussion of a proposed bicycle lane that would be placed on Doheny Drive, from Burton Way to Whitworth Drive. The project is expected to include a dedicated bike lane where the road is wide enough and painted markings known as sharrows to indicate shared lanes in the narrower blocks of the road to limit traffic impacts. Sharrows do not change the rules for a traffic lane but serve as a safety beacon and reminder that bicycles have the same right of way in a traffic lane as vehicles.

Staff assured the Council that the current plan for the Doheny Drive bike lane will not reduce lane sizes or parking. However, a similar project on Charleville Boulevard in the southwestern portion of the city recently drew criticism among residents. Despite staff assurances that residents were duly noticed for the project on Charleville Boulevard, the Council instructed staff to increase outreach efforts for the proposed lane on Doheny Drive.

“I personally don’t think that we’ve done enough noticing, had enough of a community understanding of what we’re really proposing,” said Bosse. “I think the way we can get to yes in our community is having people really feel that they’ve been heard.”

Bosse said the city’s goal in increasing bike lanes is to create safer streets and improve mobility, and she believes the public has not been properly informed about how the plan is expected to work.

Creating a connected bike lane network throughout the city is key to the Complete Streets Plan approved by Beverly Hills in April 2021. With more than 20 streets identified for bike lanes in the plan and several projects already underway, public comments have been mixed in various public hearings. While supporters of the plan say it will increase access to transportation, opponents fear it will further congest roadways and reduce safety. However, the National Association of City Transportation Officials says bicycle lanes and narrow vehicle lanes improve traffic safety by reducing travel speeds.

“Here we have an opportunity for a step toward providing options for mobility,” said Mayor Bob Wunderlich. “And I do think it’s important that people do have those options, and we’d be accomplishing it without taking away anything. It would be a step toward filling in a network.”

Wunderlich later added, “We certainly should inform everybody of what it is that we’re doing.”

A city shuttle service has also been identified in the Complete Streets Plan as a potential option for improving access to mobility in Beverly Hills. The service has been suggested in anticipation of an increased demand for street-level transit with the two upcoming Metro subway stations expected to open in the next two years. During the March 15 Study Session, the City Council reviewed a staff report on existing shuttle services in Beverly Hills and gave staff direction to further explore the options for a new shuttle system.

This is in the early stages as the city still needs to identify goals, conduct a service needs assessment study, identify funding sources and gather public input. Based on data from neighboring cities with similar shuttle services, the shuttle would come with an annual operating cost of about $2 million, and the city would likely pay 99% of that cost, staff said.

“In two years, as we heard, the subway is going to be here, and people are not going to be able to drive their cars and leave them there,” said Mirisch. “There’s going to be no park-and-rides. There needs to be a way for people to connect to the system.”

For now, the city is only looking to develop an initial concept and vision for a public shuttle system that can be further developed through public outreach. The Traffic and Parking Commission is expected to take the lead in fleshing out any potential plans.

“Many people would say that we have a variety of problems associated with getting around the city. We have a traffic problem, we have a parking problem, we’re soon going to have a problem with people getting to and from the subway. Status quo isn’t going to work with that.”

Wunderlich said the shuttle is just one “possible solution” the city is exploring to address these problems. 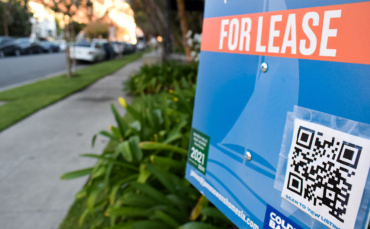 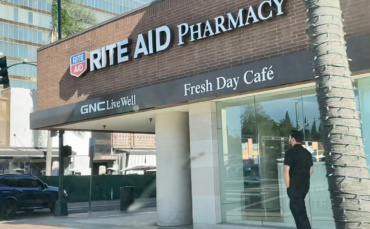 According to Sterling, the city was ready to begin preliminary talks to renew the lease with Rite Aid on Bedford. 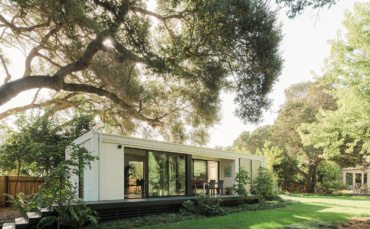