One of the largest properties in Beverly Hills will be getting a bit larger after the Planning Commission voted on March 24 to approve permits for the Jack L. Warner Estate, the Beverly Hills domicile of Amazon CEO and founder Jeff Bezos. The commission also recommended that the City Council adopt a new Safety Element for the first time since 2010.

The Warner Estate, named for its first and principal occupant, Warner Bros. co-founder and film impresario Jack L. Warner, currently consists of a two-story residence, a two-story guest house, a two story gym and staff house, a pool house, a swimming pool and a tennis court. The recently approved permits allow for construction of a new pool house, a retaining wall, and the conversion of a crawl space to a powder room.

The massive 9.7-acre property sits along the western border of the city on the north side of Angelo Drive, west of Benedict Canyon Drive. Warner started with just 3 acres in 1927, piecing together surrounding land over the years—a trend seemingly continued by Bezos, who purchased an adjacent property in July 2021 for $10 million.

Warner died in 1978 and Ann continued to live there until her own death in 1990. That same year, music mogul David Geffen purchased the home for $47.5 million, a record at the time, and then embarked on an extensive series of renovations and major alterations to the estate. Bezos, the latest power player to call 1801 Angelo home, shelled over a whopping $165 million to Geffen in 2020, setting a watermark for highest real estate transaction in California at the time.

The property has come before the Planning Commission for permits twice before in 1995 and 2014 seeking to go beyond the 15,000 square feet allowed by-right in the city. It currently has a floor area of nearly 29,000 square feet. A 1985 survey identified the Warner Estate as a potential historic resource, subjecting it to protections by the state for the purpose of preserving historic buildings.

The permits mark the first proposed changes to the property since Bezos moved in.

In his book “The Legendary Estates of Beverly Hills,” real estate agent Jeff Hyland opined about the residence, “No studio czar’s residence, before or since, has ever surpassed in size, grandeur, or sheer glamour the Jack Warner Estate on Angelo Drive in Benedict Canyon.”

The commission declined to allow construction parking along Angelo Drive, citing the ample space for parking on the property itself.

The commission next voted to recommend the City Council adopt the Safety Element, a state-mandated document that lays out plans and goals to keep the city and its residents safe in case of disaster. The Safety Element is a chapter of the city’s General Plan and is updated following updates to the city’s Housing Element. The city’s current Safety Element was adopted in 2010.

“As required by state law, this document has been updated to include information on topics such as climate change and hazards such as urban fires, floods and landslides,” said Associate City Planner Chloe Chen.

The Safety Element will next appear before the City Council for adoption at a later date. 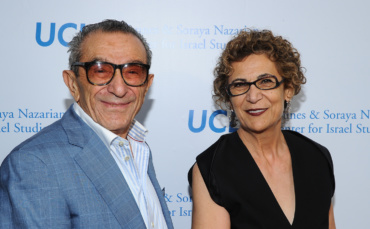 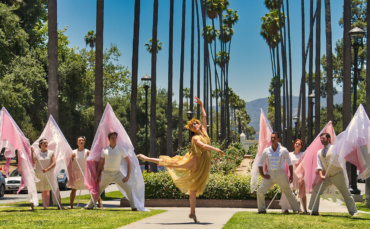 The Beverly Hills Community Services Department will partner with director/ choreographer Janet Roston and Mixed eMotion Theatrix to bring “Gatsby Redux” to Greystone Mansion and Gardens: The Doheny Estate on April 27, 28 and 29. 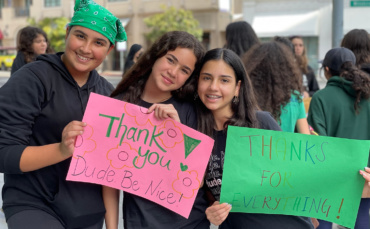