The Beverly Hills City Council discussed the establishment of a housing assistance program at its April 26 meeting, but opted to continue the matter to a later meeting to iron out key details.

The Beverly Hills City Council discussed the establishment of a housing assistance program at its April 26 meeting, but opted to continue the matter to a later meeting to iron out key details. The program is meant to cushion the blow to tenants as rent increases return on July 1 amid high levels of inflation.

The program would roll over about $700,000 in funds left over from a previous renter assistance program established at the beginning of the pandemic. Council members expressed openness to adding additional money.

As part of previous discussions of the program, the Council outlined that applicants should be means tested to show income eligibility; that applicants live in rent stabilized properties, with priority given to seniors, disabled, and families with children in schools in the City of Beverly Hills; and that payments go directly to housing providers.

The Council unanimously agreed that the program was not ready for prime time and continued discussions to June 21.

Currently, District Attorney George Gascón’s office handles all state-level misdemeanors, which includes drug possession for personal use, theft below $950, or assault and battery that does not involve a deadly weapon or serious injury. In most cases, the maximum penalty for state misdemeanors is a $1,000 fine and/or six months in jail.

While the Beverly Hills City Prosecutor is limited to trying violations of local ordinances, the city can request from Gascón the ability to prosecute state misdemeanors as well. Weiner has long cautioned that the request was a long shot.

Weiner told the Council that in a discussion with Chief Deputy District Attorney Sharan Wu, “She indicated that District Attorney Gascón is not inclined to give any city, including Beverly Hills, the right to prosecute state law misdemeanors.”

Wu and Weiner have another phone call scheduled for May 23 where they will discuss whether “there was some subset of state law misdemeanors that they might be able to delegate,” but Weiner said he was “not expecting any different results.”

Councilmember John Mirisch floated a recent idea of his, that the city consider becoming a charter city, which does “not have to ask permission from the County DA in order to prosecute state misdemeanors.”

Weiner elaborated on the notion, explaining that Beverly Hills currently exists as a general law city, “which means we are subject to all state laws.” By adopting a charter through “a rather lengthy election process,” cities gain absolute control over “municipal affairs,” a somewhat fluid legal term that could include prosecution of state law misdemeanors.

What the city cannot do, Bosse emphasized in an effort to combat “some misinformation,” is “have our own District Attorney.” This extends to both charter or general law cities, Weiner added.

As part of the agreement between the city and the Los Angeles County Metropolitan Transportation Authority (Metro), the two Metro D Line (formerly Purple Line) stations located in the city must meet a certain level of security staffing.

But with Metro’s current policing contract set to expire this summer, Los Angeles County Sheriff Alex Villanueva demanded on April 14 that his department become the only agency patrolling the county’s entire system. If the county declined to do so, Villanueva threatened to pull the entire department out of Metro.

Villanueva’s statements were met by criticism by L.A. County Supervisor Hilda L. Solis, who serves as Chair of the Metro Board, and LAPD Chief Michel Moore.

“The Sheriff ’s declaration of pulling out his deputies if the Department isn’t awarded the full contract with Metro should alarm everyone,” Solis said in a statement. “He would essentially be defunding his own department if not awarded a sole contract.”

In response to concerns over Villanueva’s threat first raised by Councilmember Robert Wunderlich, City Manager George Chavez authored a letter against Villanueva’s proposal to Inglewood Mayor James Butts, who represents small cities and jurisdictions on the Metro Board. The City Council approved the letter at its April 26 meeting.

“Our City places the highest priority on the safety of our visitors, residents, and businesses,” Chavez writes in the letter. “Our City believes his proposal would undermine the public safety for people using both the Wilshire/La Cienega and Wilshire/Rodeo purple line stations when they open for service.”

The City Council unanimously voted to approve a routine “cleanup” of the city’s municipal code, making several changes described by a staff report as “necessary for the proper interpretation and application of existing regulations.”

“These cleanup items include small semantic changes, the minor modification of regulations to conform to existing City practice or accepted building standards and practices, and the removal or addition of code language that will make the original intent of various code sections clearer,” according to the report.

The Council addressed changes related to height for multifamily and commercial buildings, a change related to fitness facilities, and a clarification related to finishing fences in residential zones. The changes make it easier for commercial and multi-family buildings to make small changes to rooftops, install elevators, and use rooftops for certain amenities.

The changes also added a requirement for fences and walls constructed within five feet of property lines to have a finished appearance on both sides. 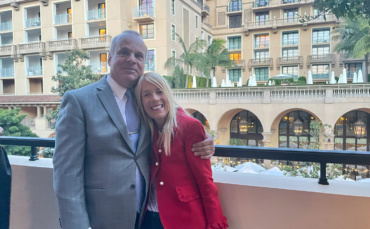 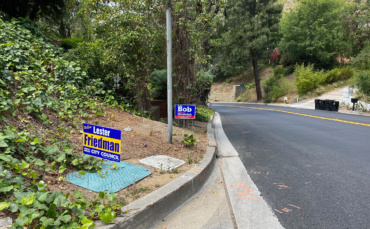 Ahmed speculated that the crowded field and tense political atmosphere may be contributing to the high number of signs disappearing.