While the tract map itself sailed through the Commission without controversy, Planning Commission Chair Andy Licht, who is running for City Council, had been under pressure to recuse himself from the hearing over a possible conflict of interest after an independent expenditure committee supporting him received a large donation from an individual whose firm has ties to one of the principal developers. The issue was raised by Planning Commissioner Peter Ostroff in a series of emails to Licht and Assistant City Attorney Dave Snow.Licht did not recuse himself from the matter.

On March 28, the independent expenditure committee supporting Licht, Friends of Andy Licht for Beverly Hills City Council 2022, received a $5,000 donation from Asif Satchu, the co-founder and CEO of an entertainment company called MRC. Potentially complicating the donation is that MRC is owned by Eldridge Industries, which also owns Cain International, one of the principal developers behind One Beverly Hills.

Licht told the Courier he learned of the donation on April 12 when asked about it by Ostroff. That same day, Ostroff emailed Licht and Snow arguing that the contribution required Licht to recuse himself from the proceedings “to avoid an appearance of impropriety.”

Snow disagreed. In response to the Ostroff email, he said he did not “believe Andy is required to recuse” himself because he had no control over the contribution.

According to comments made by Ostroff at the April 28 meeting, Licht initially planned to recuse himself, then committed to having the money returned to Satchu.

“I really commend him for that and I’m glad that he can participate in dealing with this particular application today,” Ostroff said.

A representative for Satchu confirmed the return of the $5,000.

Also at the April 28 hearing, the Planning Commission gave preliminary approval for an expansion to Harkham Hillel Hebrew Academy, provided that the school meet certain conditions. The school is seeking to renovate and expand existing structures and add a new building with a gymnasium, classrooms, and a rooftop game court. The Jewish Orthodox school initially sought to grow the student body by as much as 15%. But neighbors have complained about existing traffic caused by pickup and drop-off at the school.

The Planning Commission indicated support for the expansion if the school caps enrollment at its current level, around 650 students. The school sought to address community concern by routing pick-up and drop-off through an ally behind the school. The commission further required the school to implement a mandatory carpool system that would allow only permitted parents with three students per car to use the pickup and drop-off zone. 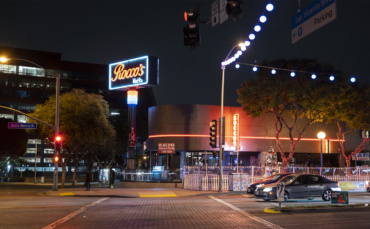 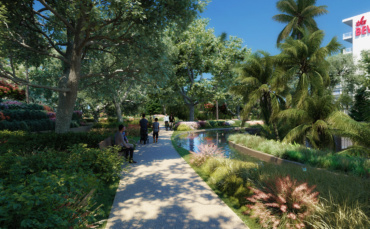 The collision was reported shortly after midnight on April 21 and resulted in major injuries sustained by the bicyclist who was transported to a local hospital by ambulance.