City Issues Cease and Desist to Markowitz Over Logo

Markowitz, the Just In Case BH Preparedness Community Coordinator, said that her campaign would discontinue the use of the logo.

City Council candidate Vera Markowitz has received a cease-and-desist letter from the city accusing her of using an altered Just In Case BH logo on campaign materials, a misdemeanor violation. Just In Case BH is the city’s emergency preparedness program founded by Mayor Lili Bosse.

“It has come to our attention that you are using a ‘Just in Case BH’ logo on your campaign materials that is nearly identical to the City of Beverly Hills’ ‘Just in Case BH’ community preparedness program logo,” according to the letter written by City Attorney Laurence Wiener obtained by the Courier.

The California Elections Code lists as a misdemeanor the “use of a reproduction or facsimile of a seal” of a government agency in any campaign literature or mass mailing “that creates a misleading, erroneous, or false impression that the document is authorized by a public official.”

The logo that appeared on Markowitz’s campaign material shares the same shape and appearance as the official Just In Case BH insignia but makes several changes. The Markowitz logo substitutes the Beverly Hills shield in the upper half of the logo with the silhouette of a palm tree with Beverly Hills written across it. Markowitz’s campaign also used generic badges in the bottom half of the image instead of the Beverly Hills Police Department and Fire Department badges. Along the bottom of the logo, Markowitz changed the words “connected,” “informed,” and “prepared” to their Latin counterparts “connexa,” “certior,” and “paratus.”

“The fact is, who put whole program together? Not one person in the city even contributed anything. Zero. It was the fire department and I. Period,” Markowitz said. “They don’t want me to take credit for this program because it diminishes what they have done.”

Markowitz said the logo only appeared on a single mailer.

Bosse first announced Just In Case BH while running for reelection in 2020.

The program relies on volunteer participants from the community who undergo emergency response training and serve as hubs of information during crises. The program splits the city up into nine geographic zones, each with an emergency center in the event of a crisis. Each of the nine zones has a zone coordinator, who passes along information from the fire and police departments to block captains, who in turn disseminate the information to neighbors.

Markowitz has been heavily involved with the program since its inception as a volunteer. While the city officially recognizes Markowitz as the Preparedness Community Coordinator, she describes herself as the program’s co-founder.

In an additional written statement to the Courier, Markowitz characterized Wiener’s letter as “baseless slander against political opponents.”

“This is nothing more than petty political bullying from Beverly Hills City Hall,” the statement read. “Sadly this type of scurrilous shameful tactics have become business as usual at City Hall.This council and City Attorney’s irresponsible behavior has already cost the taxpayers of Beverly Hills over 15 million dollars in settlements of lawsuits and severance payouts.”

Wiener pushed back, telling the Courier, “Ms. Markowitz simulated a City logo to represent her campaign thereby giving the impression that the City may have created or authorized the materials.”

“As with all cases where the City’s intellectual property is compromised, a cease-and-desist letter was issued,” Wiener said. “Ms. Markowitz is choosing to attack the City rather than address the issue at hand.” 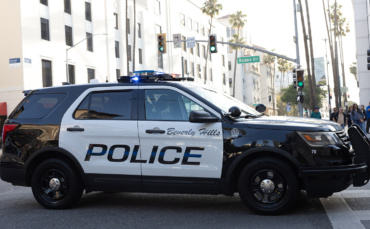 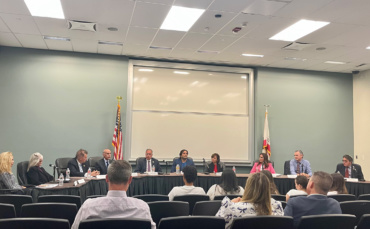 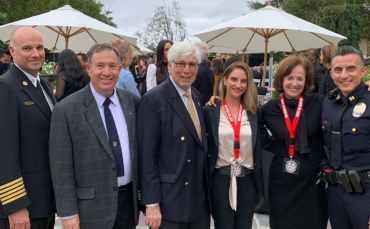