California election law requires the candidates to disclose contributions and expenditures exceeding the sum of $100. The Courier has reviewed the most recent campaign financial disclosures for each candidate as of press time.

Registered voters across Los Angeles and Beverly Hills have already received their ballots in the mail for the June 7 Primary and General Municipal Election, which includes three open seats on the Beverly Hills City Council. The 11 candidates vying for the positions have poured tens of thousands of dollars into the race thus far, with less than three weeks to go until decision day.

California election law requires the candidates to disclose contributions and expenditures exceeding the sum of $100. The Courier has reviewed the most recent campaign financial disclosures for each candidate as of press time.

Candidates will file their final pre-election disclosures on May 26. Because voting has already begun, the Courier has opted to report the most current information for those casting early ballots.

Each of the candidates is also subject to specific rules about contributions and spending passed by The City of Beverly Hills in 2014. Candidates may only accept donations up to $125 from individuals or organizations. This limit increases to $450 if the candidate agrees to spend $80,000 or less. Additionally, for candidates who agree to the spending limit, the city will bear the costs of including their statement of support for their candidacy in the sample ballots mailed out to voters.

All candidates who are fundraising this year have agreed to the $80,000 spending limit. Candidate Robin Rowe, a technologist and financial planner making his second bid for City Council, has declined to accept donations.

Councilmember Lester Friedman leads the pack in fundraising, taking in a total of $57,600 in contributions, with an additional $10,000 loaned to his own campaign.

As of his most recent disclosure forms, Friedman has spent approximately $34,000 total, with his largest expenditure including $12,000 to Bullseye Marketing for “city wide mailing.” His filings also reveal that his campaign spent $4,160 on his campaign kickoff, which included $1,629 for “swag bags and food.”

Councilmember Dr. Julian Gold and his wife Michele each donated $450 to Friedman’s campaign.

Licht also enjoys support from a Political Action Committee (PAC), also known as an independent expenditure committee. Friends of Andy Licht for Beverly Hills City Council 2022 has raised a total of $14,500 and spent more than $9,000, according to the latest available data.

The PAC has spent thousands of dollars on slate mailers, which are pieces of mail that express support or opposition for multiple candidates or ballot measures. Unlike voter guides put out by official political parties, candidates — or, as in this case, their supporters — must pay for a spot on a slate.

For example, Friends of Andy Licht paid $2,378 to Landslide Communications, a slate mail publishing business that targets “middle-of-the-road and conservative voters,” according to its website.

Nazarian is also receiving support from a PAC, Beverly Hills Neighbors Supporting Nazarian For City Council 2022. The PAC has spent nearly $3,500 in the race, all of which went to Sacramento-based political reporting and treasury services firm Deane and Company.

The PAC lists only two donors, Susan Wiesner, a West Hollywood attorney also listed as the PAC’s treasurer who gave $500, and Bashar Sawaf, who is listed as fashion designer and gave the PAC $1,000.

Councilmember Robert Wunderlich, who has not held fundraising events, nonetheless raised $12,000 according to current campaign filings. Wunderlich has instead relied predominantly on a $40,000 loan from himself to his campaign. The filings also list $5,200 in non-monetary contributions from himself for “Website/Email, Newspaper Ads, Campaign [Meeting].”

Notable expenditures include $9,550 for campaign consultants and $21,206 for campaign literature and mailings.

The Beverly Hills Chamber of Commerce Leadership PAC, which endorsed Friedman and Wunderlich, has spent nearly $2,300 each for mailers in support of both candidates.

Councilmember John Mirisch, who is running for his fourth term, has raised over $9,300 but started the race with roughly $16,000 left over from his 2017 campaign. He took out no loans.

Darian Bojeaux has bankrolled most of her own campaign, loaning herself $20,000 in addition to accepting nearly $6,000 in contributions.

Kugley participated in the first forum of the election hosted by the Beverly Hills Chamber of Commerce but has not appeared in any of the subsequent gatherings.  Even if he is no longer actively campaigning, his name will still appear on the ballot. He did not respond to requests for comment.

Kugley’s preelection statement lists some expenditures not found on his opponent’s forms, including $639 to Southwest Airlines and $120 to a Hampton Inn in Franklin, Tennessee.

The city did not have campaign filings from Akshat “AB” Bhatia as of press time.

Editor’s note: A previous version of this story incorrectly stated that Councilmember Robert Wunderlich had not actively solicited donations. Wunderlich has requested donations in campaign emails; he has not held fundraising events. 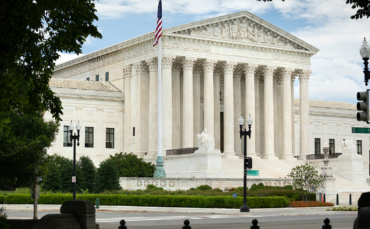 The Council’s action comes after a draft opinion of the U.S. Supreme Court was leaked and indicated the Court may overturn the 1973 decision of Roe v. Wade thereby ending the constitutional right to an abortion. 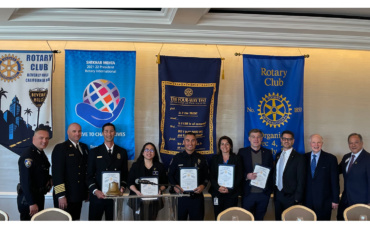 City employees, including members of the Beverly Hills Police Department (BHPD) and Beverly Hills Fire Department (BHFD) were honored with Vocational Service Awards on May 9 by the Rotary Club of Beverly Hills. Funds for the awards have been provided over the past decade from the Philanthropic Fund of Dorothy and Sidney Factor.