The race for the Beverly Hills City Council comes to an end on June 7. Voting has been under way for weeks now, and the 11 candidates have been fundraising and spending even longer for a chance at one of the three open seats. The Courier examined the most recent campaign finance disclosures, the last filings before June 7, which contain details about contributions, spending, and support from outside groups.

Candidates may only accept donations up to $125 from individuals or organizations. This limit increases to $450 if the candidate agrees to spend $80,000 or less. All candidates who are fundraising this year have agreed to the $80,000 spending limit.

Candidate Robin Rowe, a technologist and financial planner making his second bid for City Council, has declined to accept donations. The city did not have campaign filings from Akshat “AB” Bhatia.

According to the latest filings, Vera Markowitz claimed the largest haul in contributions to date at $84,403. But that figure comes with a large asterisk, as more than $73,000 is from personal loans. She has spent nearly $65,000. If she spends as much money as she has raised, she will run afoul of the voluntary spending limit she agreed to.

Markowitz has also benefited from the last-minute entry of an independent expenditure committee, also known as a political action committee (PAC). The entity, Beverly Hills Neighbors United for Vera Markowtiz for Beverly Hills City Council 2022, has taken in a total of $18,150 since it was registered on May 17 and spent more than $11,000 to support Markowitz’s campaign.

The lion’s share of the expenditures made by the PAC has gone toward mailers, with around $1,400 spent on newspaper advertisements.

Councilmember Lester Friedman reported a total of $76,233 in contributions and nearly $50,000 in spending. Factoring in an early $10,000 loan, Friedman has received just over $66,000 in outside donations.

Planning Commission Chair Andy Licht has amassed $61,413 in contributions and spent $51,361. A PAC supporting Licht, Friends of Andy Licht for Beverly Hills City Council 2022, has raised $10,750 and spent $12,281 — a disparity in part owing to the return of a potentially problematic $5,000 donation.

As the campaign reaches its final stretch, Councilmember Robert Wunderlich disclosed $75,189 in contributions and $57,321 in spending. Like Markowitz, Wunderlich has footed a significant portion of his campaign himself, loaning $40,000 at the beginning of the race and another $10,000 on May 21.

Wunderlicht has also given himself nearly $6,000 in non-monetary contributions for “Website/Email, Newspaper Ads, Campaign [Meeting]” and food for an event. He has received $19,353 in contributions.

Tens of thousands of dollars cumulatively in the City Council race have gone toward slate mailers, pieces of mail that express support or opposition for multiple candidates or ballot measures. Unlike voter guides put out by official political parties, it costs money to place a candidate on a slate.

While Licht and Friedman have sought and highlighted endorsements by Democratic Party-affiliated groups, both have spent money placing themselves on slate mailers targeting Republican voters.

One mailer by the company California Voter Guide reads “Attention: Republicans” and lists Licht, Friedman, and Markowitz, all of whom paid to appear on the slate. 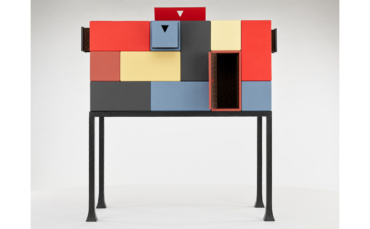 Excitement is growing for the summer season of events in Beverly Hills, beginning with the Concours d’Elegance on Father’s Day. July will bring another highlight to Rodeo Drive, with the debut of the Louis Vuitton “200 Trunks 200 Visionaries” traveling exhibition. 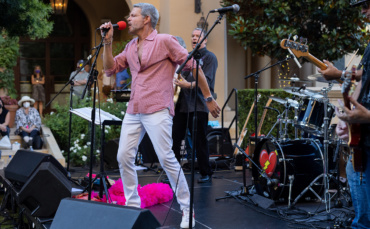 This popular free outdoor concert series will take place weekly until Aug. 25 with two 45-minute musical sets at 6 and 7 p.m.