School Board Takes Steps to Enhance Transparency in Bylaws

The changes reflect an effort to improve transparency and accessibility to the district’s governing process.

The Beverly Hills Unified School District (BHUSD) School Board discussed changes to the bylaws governing the Board at a June 7 meeting. The changes reflect an effort to improve transparency and accessibility to the district’s governing process. The Board also opted to delay an increase in funding to one of its school modernization projects and, separately, reviewed its policy on grandparent permits.

“It has always been my goal to improve the operations and functionality of the Board of Education,” Board President Mary Wells told the Courier.

Wells previously convened two ad hoc committees to update and support board governance, a Board Bylaw Committee and a Board Governance Handbook Committee. The majority of the Board’s bylaws have remained unchanged since 2009. The Board reviewed the recommendations of the committees at its June 7 meeting.

The changes to the bylaws would require Board members to “sign an annual affidavit confirming residency in the City of Beverly Hills under penalty of perjury,” a change that follows controversy surrounding the residency status of former Board Member Tristen Walker-Schuman.

The recommended changes also clarify the process for resigning Board members, who now must notify the Board President of their intention to resign and give a copy of their resignation letter to the Board secretary. The secretary will, in turn, file the letter with the County Superintendent.

The recommendations include giving Board members and the public more time to review meeting agendas and accompanying documents, which are currently posted 72 hours prior to a meeting. The ad hoc committee pushed this to 5 days.

The bylaws articulate the belief that “late night meetings deter public participation, can affect the Board’s decision-making ability, and can be a burden to staff.” As such, the committee recommended moving the end time of meetings from 10:30 to 9 p.m. “unless extended to a specific time determined by a majority of the Board.”

The Board also agreed to grant Board members a nominal monthly stipend of $240. Wells explained to the Courier that most school boards compensate their members and that BHUSD has been an exception. The Board landed on the number based on the size of the district.

At the same meeting, a majority of the Board declined to approve an amendment to its contract with ProWest Constructors. The amendment would move another nearly $9 million from Measure BH bond funds to the school’s contract with ProWest for the modernization of Beverly Hills High School buildings B1 and B2. Wells told the Courier that the Board did not have enough information to approve the amendment and opted to wait until the district found a new Bond Manager.

At a June 6 meeting, the Board of Education also reviewed policy regarding the process and procedure of granting so-called grandparent permits starting with the 2022-23 school year. Under the permit, grandparents living within the BHUSD boundaries who have grandchildren that live outside the district can enroll them in the BHUSD. The Board discussed types of permits, admittance considerations, length of permits and residency criteria.

The number of permits available will be based on the percentage of space available per grade, with 25% of available spaces at each grade level open to those with a grandparent permit. No additional sections will be added, and the number of permits will be capped at 100 for next year. Permits will be open to grades TK-12, as long as their grandparent has lived within the BHUSD attendance boundaries for 10 years or more.

“Our plan is to take the discussion we had tonight and put it into policy,” BHUSD Superintendent Dr. Bregy said. “We will bring that back to our next regularly scheduled board meeting on June 14.”

Permits will be granted on a time-stamped, first-come, first-served basis, and families will be notified by July 15 to plan accordingly.

Staff will bring back the policy for the first reading before the Board at its June 14 meeting. 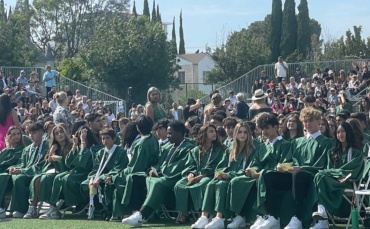 The class of 2022 is the first graduating class to complete three full years at Beverly Vista since the District’s reconfiguration. 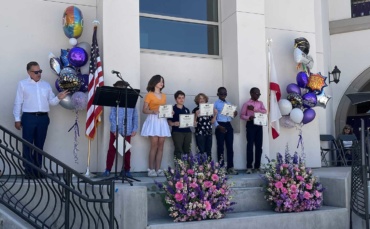 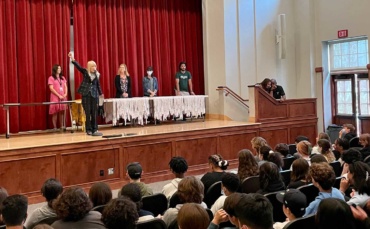 The award was initiated by Bosse to recognize students who demonstrate outstanding leadership and hard work.