The plans, which include six parcels across two blocks totaling 3.4 acres, would add commercial spaces, luxury apartments, and retail and dining destinations in addition to Saks Beverly Hills.

HBC, the parent company of Saks Fifth Avenue and Canadian retailer Hudson’s Bay, has unveiled a 5-year plan to restore and develop properties including the historic Saks Fifth Avenue property on Wilshire Boulevard. The plans, which include six parcels across two blocks totaling 3.4 acres, would add commercial spaces, luxury apartments, and retail and dining destinations in addition to Saks Beverly Hills.

The project seeks to revitalize the drowsier Wilshire leg of the Golden Triangle, says Carolina Simon, a Vice President with the developer.

Founded in 1670 as a fur-trading business, HBC is one of the oldest companies operating in North America. It purchased Saks in 2013 for $2.9 billion.

The historic Saks Fifth Avenue Building was built in 1938 and designed by father and son duo John and Donald Parkinson (Parkinson & Parkinson), the architects behind Los Angeles’s Grand Central Market and City Hall, and Paul Revere Williams, the first Black architect certified west of the Mississippi and the designer of parts of the Beverly Hills Hotel. The city lists all three as Master Architects.

While Saks Beverly Hills is not a designated landmark, a survey conducted for the city in 2004 determined that the building appeared eligible for registration with the National Register of Historic Places. A report on the survey pointed to Saks Beverly Hills as an example of the “Moderne sleekness with the elegance of early nineteenth century architectural forms” characteristic of Hollywood Regency buildings.

A single-story addition was added to Saks Beverly Hills in 1995 to house the store’s shoe department and is not considered historic.

Citing this history, Simon said that the plans place “restoration of the historic facade of Saks Beverly Hills” at “the heart of the project.”

“The Saks facade will be restored, the limestone cleaned and polished and the large field of windows facing Wilshire returned to their original state to allow sunlight to fill the interiors,” she said. “The act of preservation itself is also one of the most significant environmental steps you can take.”

Similar in style to Saks, the Barneys building on the southwestern corner of Wilshire and South Camden Drive was completed in 1993. Although HBC purchased Barneys in 2020 after the fashion retailer declared bankruptcy, it does not own the Barneys building itself. Separately, HBC embarked on renovations to the Barneys building in 2020 and previously announced intentions to move the Saks Fifth Avenue women’s store into the building. It is currently slated for opening next year.

The plans can be split into commercial and residential components, with all commercial developments facing Wilshire and the residential parts fitting behind them. 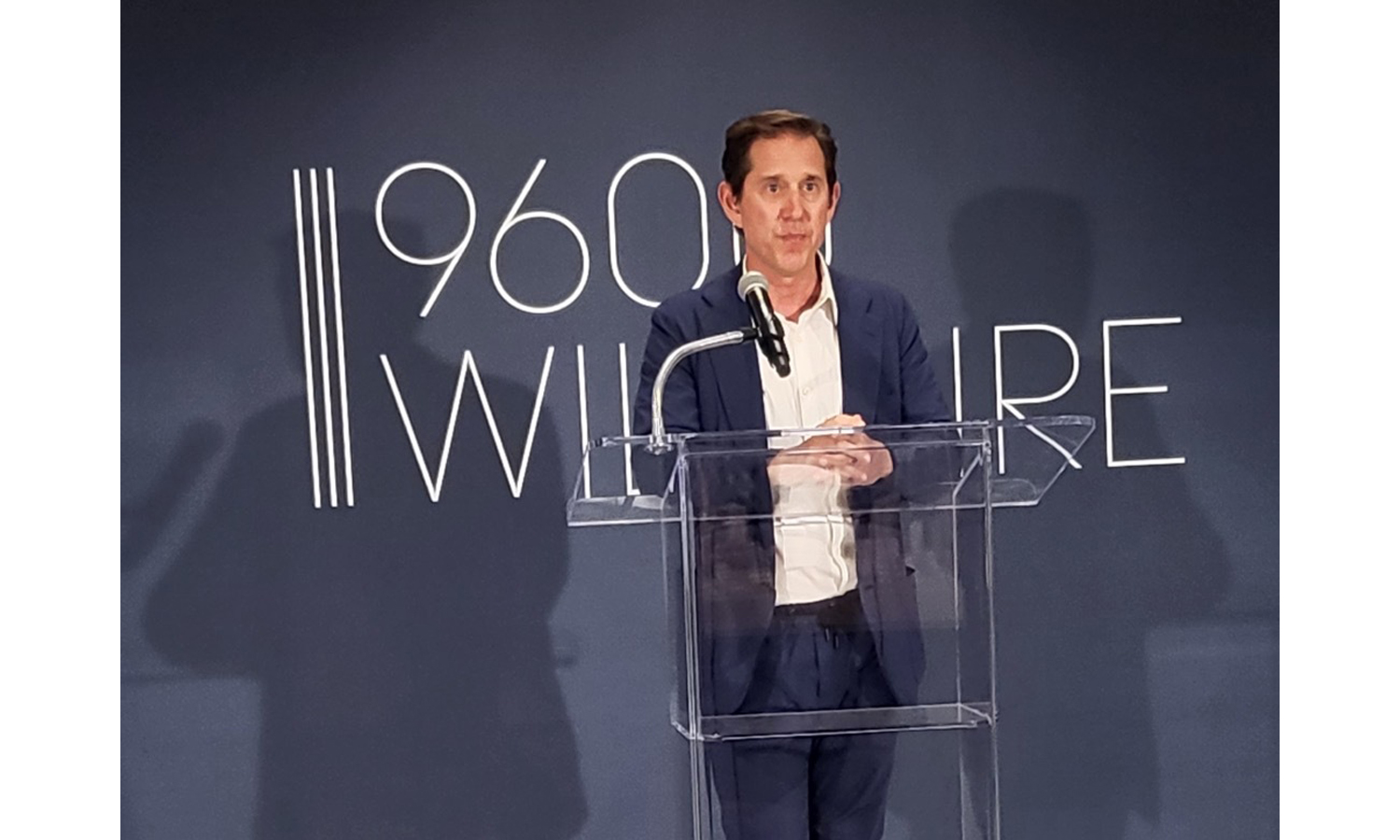 Richard Baker, CEO of HBC, revealed details of the project in Beverly Hills on June 23. Photo by John Bendheim

The one-story Saks shoe store would be demolished for a new commercial office building. The Wilshire-facing parking lot next to the Barneys building would become a commercial office space with ground floor dining. Current renderings show the projects along Wilshire standing roughly equal to Saks Beverly Hills.

HBC places the residential portion of the plans to the south of Wilshire, on the current site of surface-level parking lots behind Barneys and Saks Beverly Hills. The project currently proposes a total of 68 units between the two parking lot sites, according to a spokesperson. The structures would be a “transitional” height, stepping down from the commercial buildings to the apartments abutting the project.

The Saks Men’s Store at the corner of Wilshire and Bedford Drive is not part of HBC’s proposal and would remain unchanged under the current plans.

“All exits will direct cars and trucks back to Wilshire Boulevard,” she said. “There will be a dedicated drive, or what we are calling the Via, behind the buildings for deliveries and drop-offs. There will be no commercial loading on any of the streets.”

“The design for the new and the historic buildings celebrates the legacy and glamor of Wilshire Boulevard in Beverly Hills,” Marmol Radziner co-founder and Managing Partner Leo Marmol said in a statement. “The project will create spaces that are luxurious and embrace nature, becoming a vibrant part of the existing neighborhood.”

The plans are not set in stone and still must pass through the gauntlet of the environmental review process, the Planning Commission, and the City Council. 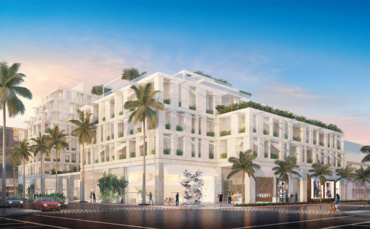