BHUSD Board Gets First Update on Grandparent Permits

With the school year set to begin in August, the Beverly Hills Unified School District (BHUSD) Board of Trustees heard its first update on its new grandparent permit program that allows the grandchildren of Beverly Hills residents living outside the city to enroll in BHUSD schools. While hailed as a logistical success, Board members were split on how to interpret the data.

Superintendent Dr. Michael Bregy presented the numbers to the Board, stressing that the district wanted to avoid incurring any potential costs for the district.

“We’re being very, very conservative,” he said. “But we know that this will be a nice addition to our student body to have our new students with us.”

The district has allowed interdistrict attendance permits in the past, but typically for district and city employees, as well as parents on active military duty. The new permits, first approved at the Board’s June 14 meeting, allows the grandchildren of residents to attend schools in the district even when they live outside of Beverly Hills.

To qualify for the permit, the grandparent must have resided within the district for at least 10 years. Permitted students must supply the district with proof of grandparent residency each year prior to enrollment.

The application calls for robust documentation to prove a student’s connection with an eligible grandparent. The district requires a birth certificate for the student and their parent, three original utility bills, property taxes under the grandparent’s name or lease, and if the lease is expired, a recent canceled check and a renewed lease. Applicants must also sign an affidavit attesting to these details.

The board set aside 25% of available spaces in each grade for grandparent permits, although if a grade has less than 10 available spots, none will be for grandparent permits. The board set the maximum number of permits for next year at 100 and will review the program next year to determine whether to continue it. The initiative comes at a time of flagging enrollment in the district.

Board member Gabriel Halimi expected the permitted students to provide an “energy boost going into the next year.”

“From what I’ve heard from the community, anecdotally, it’s gone really smoothly,” he said.

But Board member Rachelle Marcus expressed disappointment at the numbers, saying, “I was hoping that there would be a much greater number in the middle school and the high school.”

Bregy pointed out that students did not have much time between the creation of the grandparent permits and the window to apply, which ran from June 17 through July 15.

“Next year, when people have more time and this works its way into our culture, it’ll be interesting to see if that data changes, because it really didn’t give a lot of people a lot of time,” he said.

On the other side, Board member Noah Margo said he felt “the reverse” of Marcus, explaining that many families are already “on the private school track” and have paid their deposit for the upcoming term or are uncertain about how the district’s program will “play out.”

“I didn’t think we were going to get that many applications,” he said. “There’s still a lot of questions.”

The Board also approved a contract with a new construction manager for its bond program, awarding a five-year contract to Fonder-Salari, Inc. Fonder-Salari will take over for the controversial current manager, Team Concept Development Services (TCDS), starting on July 17.

The contract will cost the district nearly half as much as the contract with TCDS for the same amount of work. The Courier previously reported that the district selected Fonder-Salari after soliciting proposals from other construction management companies. 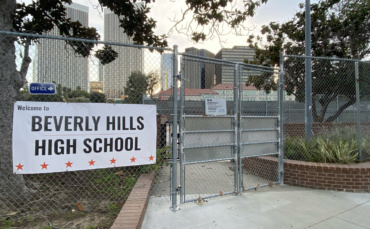 At its June 14 meeting, the BHUSD Board of Education approved the first reading of its revised interdistrict attendance policy with a 4-0 vote, with Board member Rachelle Marcus abstaining. 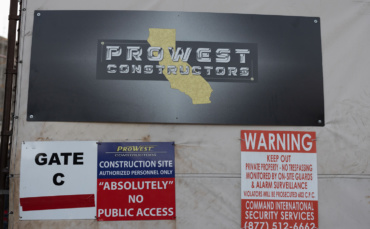 School Board Takes Steps to Enhance Transparency in Bylaws

The changes reflect an effort to improve transparency and accessibility to the district’s governing process.

“Larger school districts like LAUSD will claim that that is occurring, that they're requiring and mandating COVID-19 testing,” Bregy said at the meeting.