Beverly Hills Police Department responded to a shooting on the 100 block of North Canon Drive near Wilshire Boulevard, at approximately 10:50 p.m. on Tuesday.

Beverly Hills Police Department responded to a shooting on the 100 block of North Canon Drive near Wilshire Boulevard, at approximately 10:50 p.m. on Aug. 16.

The male victim is reported to have been outside of Nusr-Et Steakhouse when the shooting began, although it is unclear which establishment, if any, he was patronizing. He was then struck by at least one bullet after multiple gunshots were fired from across the street, police told local stations. The victim was then taken to a local hospital after sustaining injuries to his lower back and is reported to be in stable condition. Bullets also shattered glass at the nearby Bank of the West.

The Courier reviewed a video posted on Instagram that was shot inside Nusr-Et. It showed an individual on the ground applying pressure to a wound. In the now-deleted video, the patron recording explains that once the shots were fired, he and other diners ran towards the kitchen of the restaurant. Once police arrived, patrons began to leave as paramedics enter the scene.

A man was arrested at the scene, but he is not a suspect in this crime.

The shooter fled the scene in a waiting vehicle and authorities have yet to announce a suspect. “This is a very fluid investigation. We have reviewed a lot of evidence and at this time, the preliminary investigation indicates that this was not a random act,” Beverly Hills Police Department spokesperson Lt. Giovanni Trejo told the Courier.

“Coming back-to-back, it makes people uneasy about where they live and where they can comfortably visit. But generally speaking, the City of Beverly Hills is safe. If you review the crime rates of surrounding areas, we are a very safe city,” said Trejo.

Nusr-Et returned to normal business operations the day after the shooting.

The Beverly Hills Police Department is asking anyone with information about the shooting to call the BHPD at 310-285-2125. 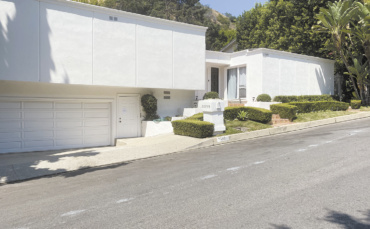