In early August, the Los Angeles County Registrar Recorder announced that the recall petition failed to gather enough valid signatures. Although a total of 715,833 signatures were gathered, some 195,783 were invalidated by the Registrar. The remaining number of signatures fell 46,807 short of the required 566,857 needed to place the recall on the ballot.

“I stand here in support of crime victims whose lives have been so negatively impacted and who’ve been really devastated and traumatized because of Gascón’s policies,” said former Los Angeles County Deputy District Attorney and Co-Chair of the committee, Kathy Cady.

The protesters, who numbered nearly 50, paraded signs and garnered honks from cars along Santa Monica Boulevard.

“We just need to keep this momentum going, keep the word out and do not slow down because Gascón is not going to stop,” said Gregory Foster, Campaign Manager for the recall effort. “He’s going to keep enacting policies that affect every one of us.” 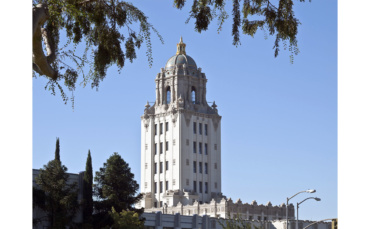