Bosse’s advocacy for a health division came at the end of a four-hour Beverly Hills City Council meeting Sept. 12.

The City of Beverly Hills lacks its own public health care system — for now.

“Mark my words at some point we will have our own health department,” declared Mayor Lili Bosse. “Part of the reason people are attracted to Beverly Hills is that we are separate,” Bosse added.

Bosse’s advocacy for a health division came at the end of a four-hour Beverly Hills City Council meeting Sept. 12. It was a lively affair at which health care — and frustration with outside entities — emerged as the major themes.  It was the second consecutive council meeting in which there was an agenda item to discuss creating a health department. The contours of such a department have not been defined. It would rely on either a city tax, private philanthropy or federal grants, with state or county monies not forthcoming to cities with populations of less than 50,000 people.

How might Beverly Hills fund a health department that is separate from Los Angeles County?

“I do know an individual who is interested in providing significant funding,” Bosse said, without naming the person.

Most significantly, council members voted 4-1 to let commercially zoned spaces be used for medical purposes. The ordinance was first drafted as an “urgency” measure in November 2020 when demand for office and retail had declined amid the pandemic. The Planning Department presented the measure then, and now, as a way to increase flexibility for landlords.

Under what passed on Sept. 12, ground floor commercial space cannot be converted to medical.

Also, it is the responsibility of the medical provider, or their landlord, to provide at least one parking space per 350 square feet of floor area, the same requirement put onto new commercial space.

As to what constitutes a medical use, the ordinance disallows clinics that specialize in surgeries or “specialty” focuses like sleep disorders. The measure permits “only medical offices and medical laboratories,” according to a Planning Department synopsis.

A coterie of public commenters who represented the interests of landlords and tenants in the Medical Triangle Plaza spoke out against the ordinance. They said it could prevent new retail and restaurants from opening in Beverly Hills.

Questioned by Bosse as to whether the measure hurts the city generally or just specifically adds competition for current medical practitioners, Egerman said health care space, “does not generate the same level of revenue as other uses.”

Council members found this unpersuasive. Sharona Nazarian said that she was concerned by possible growing vacancies with office spaces, and noted that street-level facilities cannot be opened.

“I appreciate that the ground floor won’t be affected,” she said.

Absent from a free-flowing discussion that included possible future city tenants was much evidence about the urgency ordinance’s impact.

Myra Demeter, chair of the city’s Planning Commission testified that there have been “no significant impacts” and that any early findings are “too COVID-dependent.”

Council members pilloried Southern California Edison for a response that Bosse deemed “too nonchalant” to power outages that affected the region during the weekend prior to the hearing.

The Council called an outage that they estimated lasting 29 hours a serious health concern, especially given a recent heat wave.

“Residents had to suffer in darkness and fear,” Bosse said. “Residents lost their sense of security.”

“We are not in a third-world country,” Nazarian said, slamming the utility for a lack of communication.

Bosse suggested that Southern California Edison appear before the Council in a public hearing.

Mirisch also expressed discontent about his time at the League of California Cities conference.

Though intended as a way foster policy collaboration with other municipal governments, Mirisch chided the organization as a “social club for leadership who like getting invited to cool Sacramento parties. If there is such a thing.” 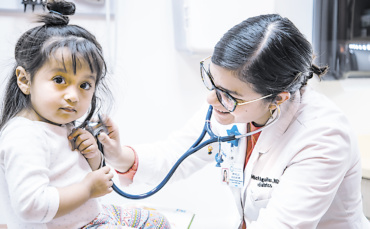 “It was poor,” Fern Seizer, a Beverly Hills resident and former Executive Director of the Clinic, told the Courier. “It was really medically underserved because there were very few doctors, and those who were there didn’t take Medi-Cal, which is Medicaid in California.” 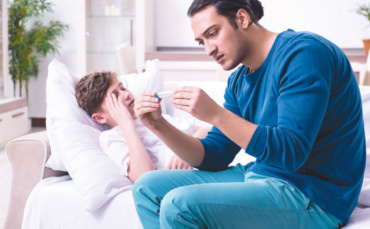 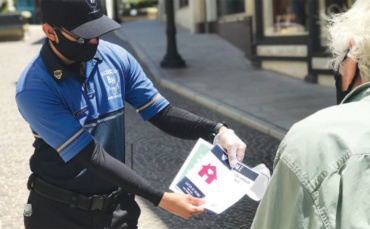