The new Team BH members will have the opportunity to explore several aspects of local government through presentations, field trips and interactive demonstrations.

After a two-year, pandemic-related hiatus, the city has announced participants in the 25th annual Team Beverly Hills (Team BH) program. The new Team BH members will have the opportunity to explore several aspects of local government through presentations, field trips and interactive demonstrations.

Introduced in 1996, Team BH is designed to keep residents, business owners and other community members informed, while allowing them hands-on experience with internal city functions. Previous members have gone on police ride-alongs, ridden up bucket trucks and have had lessons in using hydraulic rescue tools to open vehicles.

The program also attempts to enhance the leadership skills of its participants, preparing them for any council, commission or committee roles they may want to pursue in the future. Throughout the 10 sessions of the program, members will interact with officials from the city’s government, business, education and service industries. For those already in a leadership position, the program provides a well-rounded and holistic look into the city they help manage. Over 70% of all elected officials and city commissioners are Team BH alums, along with City Treasurer Howard Fisher and all of the current City Council members.

Before the pandemic, Team BH had educated and instructed over 750 members. City Staff is excited towards the upcoming year and the return of Team BH. “We are thrilled to welcome Team Beverly Hills back to City Hall,” said Beverly Hills Chief Communications Officer Keith Sterling. “The program has been a fixture in Beverly Hills for decades and we look forward to this year’s class joining us!”

The application process to join Team BH is quite selective, only accepting a total of 54 members. The recruitment period opened in May and ran through the end of July. After the applications were submitted, the City Council members each selected six resident members and agreed on four business community members. Beverly Hills High School representatives selected two student participants and the remaining 18 were selected through a random lottery process.

The Courier spoke to various members of this year’s class about their aspirations with Team BH.

Michael P. Broida has been a resident for 37 years and is a managing partner at Heller, Broida & Eisenberg, an accounting firm. As he gets closer to retirement, he’s looking forward to spending more time engaging with the City of Beverly Hills and believes that Team BH will give him the perfect pipeline to those opportunities. “I’m 74 years old and going to be slowing down with my business, so that would give me the time to serve on a commission,” said Broida. “As someone who deals with a lot of real estate, the Planning Commission is in my sights.”

Micheal Carbajal has been a member of Next Beverly Hills throughout the three years he’s been a resident. He has worked as a Senior Interactive Producer at NASA and currently works as a digital learning consultant. He is excited to join Team BH and develop relationships with more community members. “I’ve been involved almost since I stepped foot here,” said Carbajal. “I’d like to really have that structure to meet everyone officially and I like what Team Beverly Hills offers.”

Delaram Peykar Ronen has been a member of the Beverly Hills community since 1995 and graduated from Beverly Hills High School. She’s looking forward to deepening her connection to the city by understanding the technical processes that it consists of, as well as providing feedback. “I’m definitely interested in partaking in the activities they provide to get our opinions,” said Peykar. “My reason for doing this is to get more involved, learning more about the City Council, the city organizations and how they handle things.”

Team BH sessions will commence in November and conclude in March 2023. 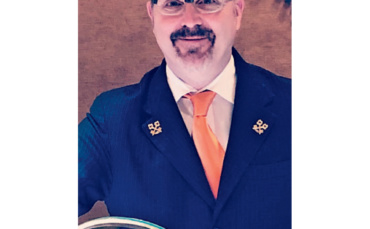 A Day in the Life of Top Beverly Hills Concierge 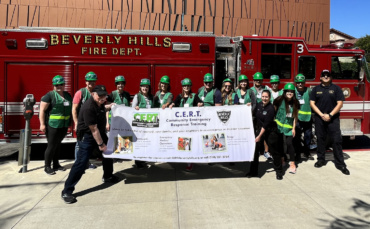 This training was provided by BHFD personnel in conjunction with Certified CERT instructors who are community members as well, creating a solid bond of neighbors helping neighbors.